Want to cut your carbon footprint without lifting a finger? Here's how you can help the UK hit its target of reducing greenhouse gas emissions by 80%.

Giving up meat is one of the biggest things you can do to help put a brake on climate change.

Beef is the worst offender, not least because cows have toxic farts...
Jo Fidgen

40 per cent of all the land in the world is used for farming animals and growing crops to feed them. Animal products are responsible for 15 per cent of our greenhouse gas emissions.

Beef is the worst offender, not least because cows have toxic farts. Instead of converting carbon into carbon dioxide, as we do, they turn it into methane, which is a greenhouse gas about 35 times more potent than CO2.

To feed a British meat-eater for a year requires a football pitch and a half of land. A vegan would require only a fifth of that – equivalent to about three penalty boxes. (Thanks to Joseph Poore of the University of Oxford for these statistics.)

If you are a cheese lover, you can lower your carbon footprint a little by choosing soft cheese over hard cheese, which requires a lot more milk to produce.

Each time you flush, you're washing about six litres of drinking water down the drain. We get through an average of 141 litres per person per day in the UK, and the government wants us to get down to 118 litres by 2050. Others say we ought to be using no more than 50.

Treating and distributing water requires energy, so if we turn off the tap we’re reducing emissions as well as conserving supplies.

Cape Town was facing the possibility of running out of water last year so residents employed this rule: “If it's yellow, let it mellow; if it's brown, flush it down”. Some offices had a “flush only every third time” rule.

You could go further still. A charity in Brazil ran a campaign called “Xixi no banho” to persuade people to save water by urinating in the shower. If you don't fancy that, you could collect your shower water in a bucket and use that “grey” water to flush the loo.

You might think hanging on to your belongings “just in case they come in handy” is an environmentally-friendly thing to do. But professor of sustainable urbanism, Irena Bauman, thinks otherwise. She’s a fan of the Japanese concept of getting rid of anything you have not touched for six months. “It's actually very liberating,” she says.

The climate benefits in two ways, Irena reckons. When we declutter, we learn to live with less and that is better for the environment. Also, having less stuff allows us to live in smaller spaces. Large, underused homes are especially bad for the environment because of the energy it takes to keep them running.

Not adding to your family will make a far bigger difference to climate change than anything else you might do.

In fact, researchers at Lund University in Sweden have concluded that choosing to have one fewer child – if you live in the developed world – could have an impact more than 20 times greater in the long run than other actions like going without a car, skipping a transatlantic flight or going vegan.

Cars and driving make up about a sixth of the total carbon footprint of the average UK person, according to Mike Berners-Lee. About half of that comes out of the exhaust pipe; roughly a fifth comes from digging up the oil and getting it to the petrol pump; and about a third from making the car in the first place.

One way to reduce your impact is to maintain your car properly so that it lasts. Slowing down on the motorway can help too. Switching from 70 mph to 50 mph can knock about a third off the carbon footprint of your journey without making too much difference to your journey time.

Of course, you could take the train or your bike instead. And what's good for the environment may be good for you too. According to Manchester University professor, James Evans, if you spend more than three hours a day commuting by car, you are twice as likely to get divorced.

If you can avoid flying, do. It's by far the fastest way to rack up your carbon footprint. But if you are going to fly, here's a tip from Professor Mike Berners-Lee: travel in the lowest class possible.

“If you fly economy you take up less of the aeroplane and you are responsible for a smaller proportion of the total carbon footprint of that flight,” says Mike. “It makes a really big difference – something like a factor of three between business class and economy class.” 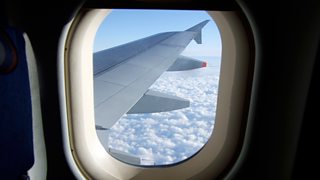