Why Did the Chicken... 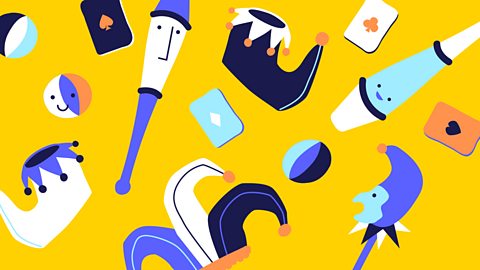 Why Did the Chicken... by Esme Harrison-Jones

Read by Sean Baker from the BBC Radio Drama Company.

Chickens are daft creatures with no brain at all. They have absolutely NO sense whatsoever and this story confirms it.

There was once a group of chickens, who fitted the above description well, that arrived at a busy road. No they didn't fly across or anything like that, they simply tried to cross it. As is the norm with chickens, the smallest chicken went first. This brave (or stupid) chicken attempted to cross the road by playing chicken with the cars. Turns out playing chicken when you are a chicken is a bad mistake. One nil to the busy road.

Next, the oldest chicken announced that they would make a chicken catapult. They all agreed that it was an amazing idea and quickly constructed one. After counting down from two they fired the second youngest chicken into the air. Majestically, the valiant young chicken flew through the air like a feathery firework, carrying his fellow chicken's hopes and dreams...for around 20cm before SPLAT! His adventure was ended by the number 29 double decker bus.

They came up with many more cunning schemes: a chicken chain, a disguise and a tunnel. The first resulted in SPLAT! The second resulted in quite a few SPLATS as well as a horrified driver, who had thought he had killed someone dressed in a long coat and trousers. The final idea, didn't result in SPLAT! But instead quite a few broken beaks as concreate is difficult to dig through when you're a chicken.

Now there were only 3 or 4 chickens left. They sat down on the dusty road and thought. Then the leader had an idea. The plan was simple. Climb up the nearby metal tower with long ropes that stretched into the distance. Peak though the ropes and swing across the road. Unfortunately, the three chickens that attempted the plan ended up peaking at a 10000 volt electric cable. For several days afterwards the area smelt like chicken dinner.

The only chicken left now was oldest one, who decided to just go for it. Breathing deeply, he closed his eyes and ran into the busy road. Flapping and keeping his eyes shut he ran like his life depended on it (which it did). Finally, he tripped over a block and fell face down. Slowly, opening his eyes, he was amazed to see he was on the opposite side. He had done it! He had finally crossed the road! After jumping around like a headless chicken (of which he was thankful he wasn't) he gathered his thoughts and strolled toward the one place that he and his fellow chickens had been aiming for all along. They called it chicken heaven. A place so great that pictures of chickens covered the walls, tables and signs. A true paradise and now it was just yards away. All chickens knew its name - Kome Forth Chickens or as the humans called it KFC. Sauntering in through the front doors, the chicken smiled his biggest - and last - smile.