In The Secret Life of Spaghetti, Dan Saladino looks at our long and tangled relationship with spaghetti. Food historian Polly Russell goes in search of some of the earliest references and recipes for the much loved British classic, 'spag bol', and historian John Dickie tells us about the world’s first ever pasta factory. On top of that, we’re serving up some spaghetti-based tit-bits, including how best to cook the stringy staple.

If this doesn't make you want to sit down to a big bowl of spaghetti and ragu, nothing will…

1. Spaghetti was invented a thousand years ago

Spaghetti was born in Europe 1000 years ago, as part of a cultural and religious invasion. In the year 827 the Muslim conquest of Sicily began and as well as almonds and lemons the invaders from North Africa introduced hard wheat to the island. This wheat was so high in protein it made it possible to make a pasta that could be dried and stored.

The first record we have of the production of spaghetti on Italian soil is in the work of an Arab geographer from the middle of the 12th century. He refers to many shiploads of spaghetti being produced on the site of what is now a car-wash in Palermo, Sicily.

2. Spaghetti gets its name from its shape

Spaghetti takes its name from its signature strands.

Spaghetti is the plural form of the Italian word ‘spaghetto’, which comes from the word ‘spago’, meaning cord, string or twine.

The fool-proof trick to cook pasta to perfection 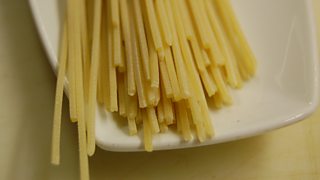 3. Spaghetti is the simplest pasta shape to produce on an industrial scale

Italy’s oldest pasta company and the biggest pasta factory in the world is Barilla in Parma, in the North of the country. Here, durum wheat is transformed into 150 different pasta shapes. Spaghetti remains the simplest pasta shape to produce on an industrial scale and the Barilla family produces miles and miles of the stuff every day.

4. Spaghetti is not to be confused with spaghettoni or spaghettini

‘Spaghettoni’ is a thicker type of spaghetti that takes more time to cook and ‘spaghettini’ is a thinner form, which therefore takes less time to cook. Even thinner than ‘spaghettini’ is ‘capellini’, which has a diameter of between 0.85 and 0.92 mm. And even finer still is ‘capelli d'angelo’, meaning literally ‘angel hair.’ (Confused? We wouldn’t blame you.) This especially fine form of spaghetti is often sold in a nest shape rather than strands.

5. Spaghetti used to be much longer

Originally, most spaghetti was around 50 cm long. It wasn’t until the latter half of the 20th century that shorter lengths increased in popularity. These days it is most commonly available in 25 to 30cm lengths. Much easier to fit in the pot!

The inspiration behind spaghetti Bolognese is undoubtedly a traditional ragu and tagliatelle dish from Bologna. However, in the 1950s we started to make spaghetti Bolognese our own and the ‘spag bol’ we know and love was born – a product of post war Britain and new waves of immigration. A recognisable spag bol recipe appears in a book called Italian Cooking from 1954 by Elizabeth David. Ingredients include tinned tomato paste, minced beef, mushroom and onions.

Roberto from the popular Italian River Cafe outside Putney Bridge station says, “If you go to Italy you can’t get spaghetti Bolognese. It doesn’t exist. It’s an English dish.”

Which pasta shape should you use with which sauce?

A helpful rule to follow is that thin generally goes with thin and thick goes with thick! Lighter, more liquidy sauces are best suited to thinner pasta shapes; chunky, rich, meatier and spicier sauces are best served with larger shapes that are able to collect the robust sauce in their hollows and ridges. 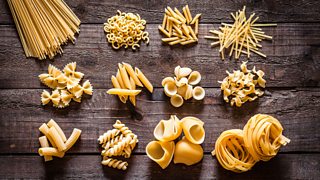 Spaghetti – Ditch the Bolognese and whip up a spaghetti alle vongole: spaghetti with clams in white wine.

Linguine – A thicker, flatter version of spaghetti is perfect with pesto.

Penne – These ridged tubes are a great pairing for arrabbiata, the spicy tomato sauce.

Conchiglie – These seashell shapes work well with a creamy, cheese sauce. And the larger variety (conchiglioni) can be stuffed and baked.

Ravioli – Stuffed pasta breaks the rule! As the fillings contain lots of flavour already, these are traditionally served with a light, buttery sauce.

7. For a traditional Italian dish, look to spaghetti alla carbonara

In Italy, you might not find ‘bol’ with your ‘spag’, but spaghetti is the pasta of choice for a number of popular dishes. 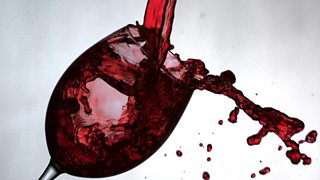 How to taste wine when dining out

8. Stir spaghetti to stop it sticking

To cook spaghetti, simply pop it in a large pot of salted, boiling water, stir it, and then leave to simmer for 10-12 minutes. Most Italians would tell you that the water needs to be as salty as the sea, so don’t be scared to add a good tablespoon of salt.

Crucially, don’t expect oil to stop the pasta strands sticking together - it will simply float on the top of the water. The key to stopping sticking is to stir! When you add the spaghetti to boiling water it immediately releases starch, which makes the surface of the pasta sticky. Stirring the pot separates the pieces so that as the pasta continues to cook the starch dissolves into the water.

9. The largest ever serving of spaghetti filled a swimming pool

The world record for the largest bowl of spaghetti is held by Buca di Beppo restaurant in Garden Grove, California. In March 2010 they filled a swimming pool with more than 6,251 kg of pasta and 100 gallons of marinara sauce. The question is, did they have a suitably sized fork?

Don’t expect oil to stop your pasta strands sticking together – it will simply float on the top of the water. The key to stopping sticking is to stir! And most Italians would tell you that the water needs to be as salty as the sea.

10. Spaghetti has been the subject of a famous TV hoax

On April Fools' Day in 1957, BBC’s Panorama featured a hoax broadcast about the spaghetti harvest in Switzerland.

Because spaghetti was still considered a relatively exotic food they managed to convince thousands of people that spaghetti grew on trees, that frost could impair its flavour and that spaghetti strings always grow to the same length.