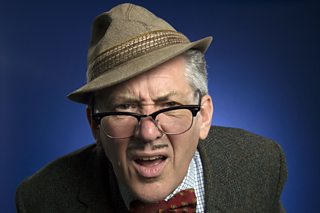 • I won the West Yorkshire Foundry’s ‘Knobbly Knees’ contest three years on the bounce: 1968-70. Had to ‘retire hurt’ due to a knobbly knee related injury at the 1970 event, during which the police were called.

• I have a tattoo of a fresh pineapple somewhere private.

• In the Guinness Book of Records for having the most failed record attempts.

• I’m still on the books of Leeds United AFC and as far as I’m aware, eligible to play. I could do a lot sodding better than some of the current shower in the first team.

• I can count to 19 in Turkish. (Forwards when sober, backwards when drunk).