The BBC Ten Pieces Coaching Scheme is back!

In 2017/18 the BBC Orchestras and Choirs are once again offering free coaching from professional musicians for 10-18 year olds across the UK.

Who is the scheme for?
The Ten Pieces Coaching Scheme is for any organisation that works with young musicians aged 10-18 and thinks our musicians could improve their musical experience and performance skills. We recently invited expressions of interest from schools and organisations in England, Scotland, Wales and Northern Ireland including Ten Pieces Champions, Music Hubs, Music Services, NI Education Authority, and other organisations working with young musicians.

What does the scheme offer?
The BBC employs over 300 musicians in its Orchestras and Choirs and a further 80 in our partner group in Northern Ireland, Ulster Orchestra. Beyond world-class performers we also have music educators, leaders and conductors with a range of skills and talent. Through this scheme our musicians will share their knowledge and expertise with aspiring young performers nationwide.

Applications for the 2017/18 scheme have now closed and successful applicants have been informed.

Highlights from the 2018 Coaching Scheme:

The BBC Concert Orchestra had a great day working with Solihull music service on the 4th February 2018:

Members of the BBC Concert Orchestra travelled to Treloar School for a day of musical fun! Students worked with the players to compose their own music. 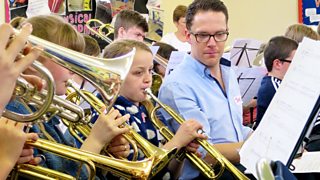 The Werneth Youth Concert Band were visited by the BBC Philharmonic. Five professional players led their young musicians in sectional rehearsals before they performed five pieces to an audience of parents and friends. By the end of the day the band's sound was noticeably stronger and confident. 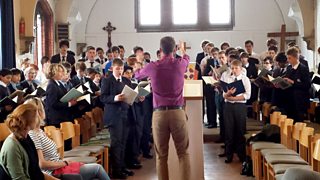 A group of five BBC Singers spent the day working with the 50-strong Bishop Wordsworth School choir on a selection of music in preparation for a performance at Salisbury City Halls. Read a blog about the visit.

A group of BBC Singers travelled to Essex to work with the Southend Young Men's Chorus. This ensemble of young men aged 13-18 were keen to try something new. The group sang movements from Verdi's Requiem and then focused on barbershop and a cappella singing.

The BBC Singers worked with the combined voices of the Belfast Philharmonic Youth Choir and Dublin Youth Choirs. This was an exciting opportunity for both groups as it was the first time they had sung together. The five BBC Singers put the young people through their paces with a selection of early choral musical. The musical director said: "We have had a number of performances in the week since you visited and the energy of the society was greatly renewed by your visit."

A video of school students performing the Toreador Song 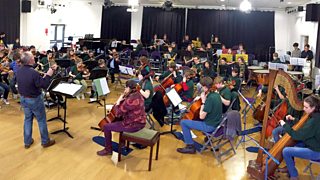 Musicians from the BBC Concert Orchestra visited the Devon Youth Orchestras. After visiting the group last year as part of the scheme, it was great to return to see how the orchestra had developed - in size and in standard of playing. This time the BBC CO musicians shared their experience of playing film and TV music.

BBC CO and BBC SO musicians visited Haybridge High School in Worcestershire. Many of the students had not worked with professional musicians before but rose to the challenge and made remarkable improvements. One student told us: "It's really cool to be given tuition from top musicians who play in a professional orchestra. I would love to do their job when I'm older!" Nicholas Raggett, Head of Expressive Arts, said: "The students really enjoyed the session and have been playing the performance pieces in school and at home ever since!" 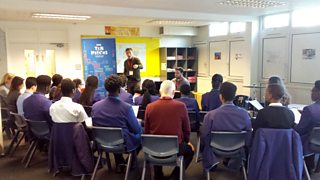 The first Ten Pieces Coaching Scheme session of the year took place place in Peckham. The BBC Singers visited Harris Academy to help pupils prepare for a performance at Westminster Abbey, as part of the Commonwealth Festival Choir.

Our pupils were so proud to take part in the performance. I could clearly see how they had grown in confidence during the afternoon and thoroughly enjoyed playing the pieces

Thank you for such a brilliant, inspiring day. We had our concert which was joyous; we were so proud of the boys

We are all so grateful for the experience and the opportunity. Our singers had an incredible time and it was brilliant to have such a positive day for the first meeting of our two youth choirs

About BBC Orchestras and Choirs and Ulster Orchestra

The Orchestras and Choirs organise more than 200 learning and outreach projects across the country, bringing music to tens of thousands of people of all ages across the UK. They are an integral part of the BBC's Ten Pieces, an initiative designed to encourage children to get creative with classical music.

The BBC Orchestras and Choirs are pleased to be working with Ulster Orchestra as a delivery partner for the BBC Ten Pieces Coaching Scheme in Northern Ireland. The Ulster Orchestra is one of Europe’s foremost symphony orchestras and a treasure of Northern Irish culture. The main concert season takes place from September to May and offers a rich and varied programme, attracting a plethora of world-class guest soloists and conductors. In addition, the Orchestra tours extensively around Northern Ireland, bringing its world-class musicians to the whole community and undertakes a wide variety of education and outreach work.

If you have any questions about the scheme please email tenpieces@bbc.co.uk 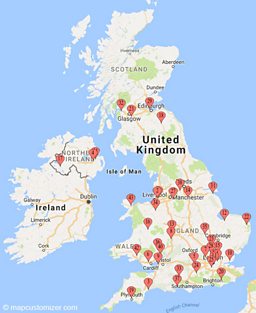 Watch the scheme in action