What's so great about Bach? 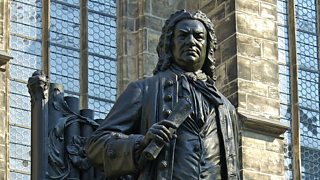 Isn't it obvious? Surely Bach's music has that solid sense of incontrovertible "rightness", with every note in its right and proper place, as if it had always been there and always will be.

It seems not the work of a mere man, but something immutable and timeless reached down from the heavens, as if Bach were some kind of natural lawgiver, a musical Newton who has found the key to the secret of all music and opened it up before us.

This is certainly what many later composers cherished him for, this ability to express the very essence of the ancient science of music itself, its absolute truth. As Radio 3's Spirit of Bach season gets under way, we will have another chance to reflect that perhaps he is the nearest thing we have to a god of music.

Yet Bach was a man, and a man of his time too: recognising this does not reduce his genius but magnifies it and makes it even more a source for wonder. He was not a child prodigy like Mozart; he himself said that he made the best of his talents through hard work, and he was certainly not too godlike to learn by studying worthy predecessors such as Frescobaldi, Buxtehude and Pachelbel, or fashionable contemporaries such as Vivaldi, Corelli and Couperin.

Intense intellectual effort and obsessive pursuit of perfection were what raised him out of the ordinary as a young man, first as a brilliant virtuoso organist and then as a composer for whom every detail of musical construction was cause for almost obsessive attention, whether in a little keyboard piece, a cheerful concerto or a grand and solemn church cantata.

The bedrock of his art was counterpoint, the ingenious combining and reworking of separate lines of music. These procedures are tirelessly at work all the time, even when you are not aware of them, lending his music strength and depth; and they were also what sustained him in later life, when in works of dizzying intellectual accomplishment such as the Goldberg Variations, the Musical Offering and The Art of Fugue, he seemed concerned to explore every avenue of the composer's craft, as if indeed with the intention of laying down the law for all time.

Bach may have been that most potent of combinations – god and man.

While there is logical satisfaction to be gained from hearing the notes of the most powerful musical mind there has ever been slot inevitably into place, Bach's music speaks to us across the years with compelling spiritual and emotional strength.

It may be hard – as it is with any composer – to put one's finger on how he does it, but few could deny (just to take three examples) the joyousness of the Brandenburg Concertos, the nobility of the Cello Suites or the glowing splendour of the B minor Mass.

And if Bach's deep Lutheran faith is evident in the mixture of certainty and humble beauty which pervades his vast corpus of church music, it is pure human compassion which, in the St Matthew Passion, makes possible the heartbreaking drama of Peter's denial of Christ, or the tender song of farewell that is the final chorus. It seems that Bach may have been that most potent of combinations – god and man. Lindsay Kemp

Spirit of Bach is a season of concerts and documentaries beginning 18 December 2017 on Radio 3. 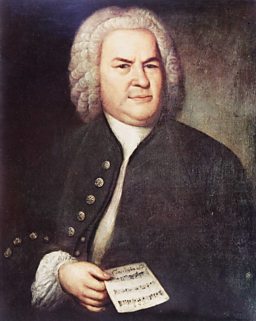 First painted by Elias Gottlob Haussmann in 1748, the portrait is said to be the most well-preserved and accurate likeness of the baroque composer.

What does "BWV" mean?

The "BWV" number attached to pieces by Bach comes from the "Bach Werke Verzeichnis" – the official catalogue of Bach's compositions.