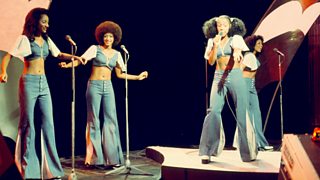 Having previously pitted key tracks from Britpop, rock, Northern Soul and more against each other, Steve Lamacq celebrated some favourites from disco’s ’70s peak in a dance floor showdown back in September 2017.

To get the glitter ball spinning disco expert Professor Tim Lawrence, from the University of East London and author of dance music history Love Saves the Day, helped us explore 6 ways in which the genre changed the world.

Tim Lawrence says: Disco was one of the most influential cultural and musical movements of the 1970s. It was the platform through which social dancing became a popular phenomena again after fading out at the end of the 1960s. Disco repopularised dancing as a social activity internationally, but it was responsible for introducing a new style of freeform dancing. Prior to disco, all forms of social dancing involved a man and a women dancing with one other.

Often to get into venues you’d need bring a someone of the opposite sex – and even if you managed to get in without one, to go on the dance floor you had to be a couple. Disco broke with this. Disco dancing was the first time people could go onto the dance floor as an individual which allowed for a new form of freedom and expression. With couples dancing you have to avoid dancing on your partner’s toes or whatever, so you can't focus on the DJ.

However, disco’s new form of dancing also enabled people to experience being part of a crowd for the first time. And this dance floor collective had a strong power over the direction the music took through its reactions. This change had big consequences for not only for what got played, but how people interacted with one another… 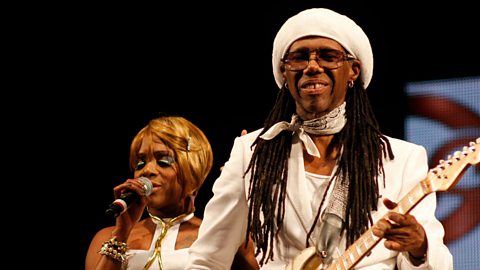 2. It brought about the rise of the DJ

Tim Lawrence says: In 1970, within a week or so of each other, David Mancuso at a private party soon called The Loft and Francis Grasso at discotheque The Sanctuary started to develop this new form of what we now call DJing. It’s the first time that DJs, in a focused and concentrated way, selected music in response to the crowd.

DJ mixing techniques, and the rise of the DJ as a new form of musician, primarily started in New York City in the 1970s. For example, in the UK right up untill the end of the decade DJs would announce the song names between tracks! The New York DJs knew dancers wanted to lose themselves in the records because of the new form of crowd dancing. They developed all these techniques that would enhance that experience. It started with Grasso using a pair of headphones to listen to the incoming record so he could mix the two together and maintain a continuous flow. DJs then started to explore ways of extending records, say by buying two copies of the same single and then mixing them together.

I would say, looking at all DJ techniques that exist now, 90 percent of them were developed during 1970s disco. In many ways the disco DJs' skills went beyond what is used now. They not only created ten hour sets with strong musical arcs – really immersive journeys – but they’d match lyrical content and instrumental sections. It’s an art form we rarely get to hear today.

The DJs were the organic experts of this culture. They were music fans who wanted to play records and barely made a living out of it. They had no training, no conventional musical skills, but developed a very refined and receptive sensibility to the culture they helped to create. 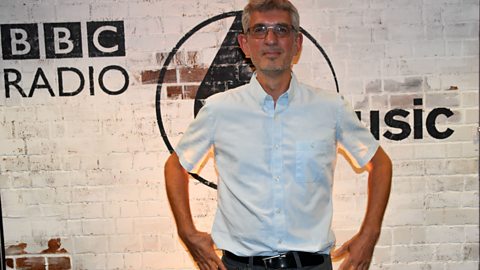 A Pocket Sized History Of Disco : With Tim Lawrence

Professor of the Boogie,Tim Lawrence, guides Lammo through the history of Disco.

Tim Lawrence says: It was actually illegal until 1971 in New York City for two men to dance with one another, so the new form of disco dancing in crowds rather than couples had a big impact for New York’s gay scene. However the connection goes much deeper than that. In 1970, partly responding to gay liberation which had been building in the 1960s and reached a symbolic climax in June 1969 with the Stonewall Rebellion, Seymour and Shelly – who owned a series of gay bays in New York’s West Village – bought The Sanctuary, a failing discotheque and re-opened it as a place that welcomed gay men.

It was never exclusively a gay club, but they made it clear they were welcome. And this new crowd changed dynamic of the dance floor. In fact Francis Grasso [the in house DJ at The Sanctury] said his new DJ mixing technique was inspired by this this new crowd. The energy was so high, he started mixing together records so there was no gap. So disco, with its freedom, became a way for gay culture to find an expression.

However, the crowds were very mixed in the early years, so a lot of other groups also found a home within disco too. African Americans, Latino Americans and women – and a mixture of all these identities – all found a way to express themselves within disco. It’s people who in everyday life were marginalised and faced discrimination who underpinned the energy of disco.

For example, a lot of most influential performers are were African American women who developed a really strong relationship with gay audiences. Singers like Grace Jones,Gloria Gaynor, Donna Summer… the list goes on, had lyrics about survival of hardship and emotional resilience that were profoundly appealing to the gay dance crowd.

So disco is a really liberating force and I’d argue that the backlash against disco at the end of the ’70s was in fact an attempt to scapegoat gay men, African Americans and women for the failures of the decade. The people who led that backlash, those in mainstream culture, were the Democrats who switched to voting Republican and brought Reagan to power in 1980s.

4. It showed how indie labels could beat the majors

Tim Lawrence says: By 1978 disco was outselling rock music in America which came as a huge shock to the music establishment, because it was heavily backing rock. When disco broke through it didn’t have any of the major corporations backing it. Initially it was DJs clawing around finding records to play. So independent record labels were crucial for the development of disco.

A label called Sceptre Records was one of the first to spot what was going on in the discotheques so started to commission records specifically for the disco market. Another indie, Salsoul, realised that dancers wanted to own 12 inch singles they made for DJs, so in 1976 they were the first label to release one commercially, which proved a major foundation for dance culture more widely.

So disco was a great moment for demonstrating the nimbleness of indies and their ability to react quickly to the music on the street. It was only at the end of the ’70s that Warners became the first major to open a disco department, and that was only months before the backlash against disco began. 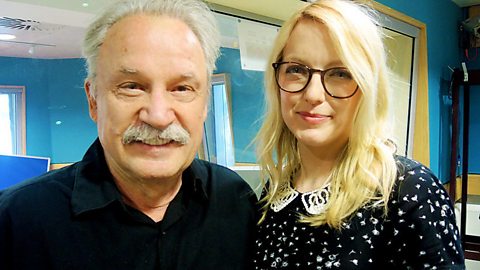 5. It invented the remix

Tim Lawrence says: Remixing doesn’t only come out of disco – there was a culture of remixing in Jamaica too – but remixing really takes off in New York in the 1970s, and again the indies had a big hand. Salsoul in 1976 commissioned a remix of Double Exposure’s song Ten Percent and this was an explosive moment in music making. The key difference was they invited a DJ, Walter Gibbons, to remix the record for the dance floor.

This proved scandalous and lots of producers took great offence. Up to this point they’d been in control of music making and they really resented what remixers were doing to their work, especially because they were DJs without studio training who couldn’t play instruments. However the labels understood the DJs were in a much better position to do remixes because they were there at the clubs selecting music in response to the dancing crowd’s energy and could see what made dancers come to the floor. So the remix, which is now ubiquitous, came to the fore thanks to disco.

Tim Lawrence says: Disco’s problem is that it became a tarnished product through heavy commercialisation at the end of the ’70s, which meant it became associated with the failure and the bad taste of that decade. Whereas disco and dance from at the beginning of the decade was musically varied, innovative and culturally progressive, mainstream culture copied the wrong bits. Lots of suburban discos opened up and the film Saturday Night Fever was a huge success, but that idea of disco doesn’t really work. The music isn’t that good, it's a return to couples dancing, the flashing lights are over top and the – and you can’t dance in a polyester suit, whatever John Travolta might say.

So there was a backlash against that version of disco and unfortunately that’s what people remember now when they think of disco. In fact the best bits of true disco culture survive. Disco helped to develop sound system technology, mixers, loudspeakers, lighting... all the club kit, while on record it brought the synthesiser to the fore in popular music.

So disco actually provided the foundations for contemporary dance music culture. And once the backlash kicked in, the New York disco scene didn’t miss a beat, it re-germinated and, in a way, became the basis for House Music. House is in many respects is an electronic version of true disco. The name of disco died because it was over commercialised, but almost everything else survived. 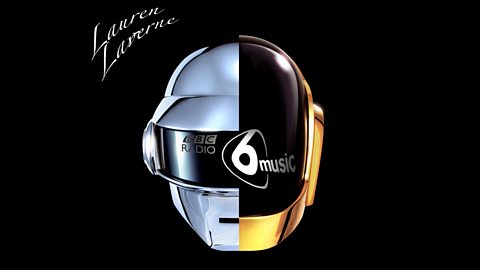