In the Life Cinematic series, filmmakers talk candidly about their perfect movie moments. Shaun of the Dead director Edgar Wright champions An American Werewolf in London, Carrie, Bullitt and Mad Max: Fury Road in categories ranging from the Needle Drop to the Perfect Tension Build.

In the second episode of Life Cinematic, British director Edgar Wright talks to critic Robbie Collin about the films that have influenced his life and career. 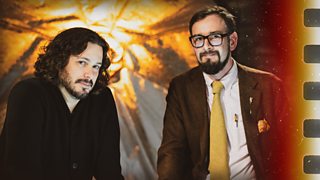 From the Perfect Needle Drop to the best Single Long Take, here's a taste of what Wright had to say about the movies he loves, from modern classics such as An American Werewolf in London, Carrie, and Bullitt to contemporary films including Mad Max: Fury Road.

Life Cinematic explores the art of film-making in a completely new way, featuring an interview with a renowned film-maker alongside a mix of classic clips that have influenced them. Watch on BBC Four on Thursday 6 February and on BBC iPlayer.

This scene would be hard to do in edits... to do it in one shot is just ambitious bordering on insane.
Edgar Wright's Perfect Single Long Take

Read on to find out which amazing scene Edgar picked for his Perfect Single Long Take...

An American Werewolf in London (1981) 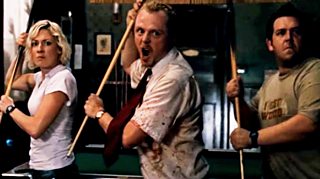 Sam Cooke’s soft, soothing take on the latter was used for the film’s werewolf transformation scene, providing a tongue-in-cheek contrast to the agonising metamorphosis happening on screen.

It’s a trick called “soundtrack dissonance” or counter-scoring, and it was also used to memorable effect by Edgar Wright in Shaun of the Dead (pictured), with Queen’s jaunty Don’t Stop Me Now sound-tracking the zombie battle in the Winchester pub. Wright says of American Werewolf's musical tonal shifts, "those real left-turn mood swings make me... excited".

An American Werewolf in London is scary, it’s funny, it has amazing effects, it has male and female nudity, it has swearing... It just feels transgressive and mischievous, in the best way.
Edgar Wright, Life Cinematic

Thirty years on from Mad Max: Beyond Thunderdome, George Miller returned to his dystopian franchise for a reboot, shot in the Namibian desert. 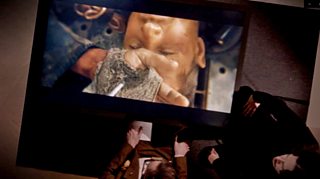 The director eschewed heavy CGI for Mad Max: Fury Road, instead relying mainly on practical effects and stunts for its complex battle scenes.

The movie is in almost constant movement, with some shots lasting just fractions of a second, so Miller ensured that all action took place in the centre of the frame - so the audience’s eyes wouldn’t have to dart around between rapid cuts.

You could pick any three minutes of Mad Max: Fury Road as the best action scene!
Edgar Wright, Life Cinematic 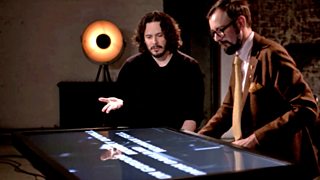 In his ingenious opening montage for detective thriller Bullitt, each credited name slides away to leave behind a “window” through which a new shot is introduced. It’s all paced perfectly to Lalo Schifrin’s iconic jazz soundtrack.

Even before you’ve seen Steve McQueen in a sweater, there’s no argument that you’re watching a very cool movie.
Edgar Wright, Life Cinematic

Choreographer and director Busby Berkeley threw away the Hollywood rule-book with his work in musicals of the 1930s: “They put on numbers then like you’re going into a theatre and seeing a number being done… Not my technique.” 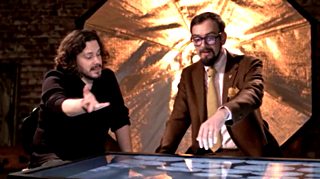 One of the most innovative visual stylists of his era, he pioneered many of the hallmarks of the modern musical, from fluid camera movements to frequent aerial shots. For the I Only Have Eyes For You sequence in Dames, Berkeley used mirrors and a heavily polished black floor to reflect and refract images, creating a dancing dream world.

An icon of Hong Kong cinema, John Woo had directed dozens of action movies before Hard Boiled - the last film he made in the city before decamping to Hollywood. 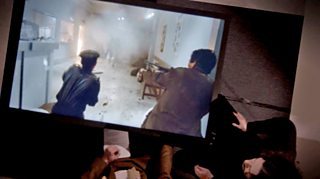 The thriller climaxes with a bravura showdown at a hospital, which took 40 days to shoot. At its centre is one carefully choreographed long take, which includes a 30-second conversation in a static elevator, during which the entire set was reset outside.

According to Woo, he decided to try the extraordinary shot because he thought he and his crew were getting bored.

John Woo brings showmanship, musicality and choreography to action cinema. This scene would be hard to do in edits... to do it in one shot is just ambitious bordering on insane.
Edgar Wright, Life Cinematic

Black comedy Delicatessen depicts the disparate lives of a group of residents living side by side in a post-apocalyptic French apartment building. 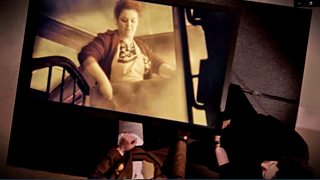 The film was inspired by co-director Jean-Pierre Jeunet’s experience living above a butcher’s shop and being woken daily by the noise of sharpening knives, and sound plays an important part throughout.

In this scene, the building’s tenants are united by diegetic sound - sounds that the characters would hear, as the rhythms of their individual activities (from ceiling painting, to violin playing, to sexual activity) combine to create a frenetic symphony.

There are lots of films I love, and then there are set pieces in films that make me sit up and say, 'I wanna do that'. That Delicatessen scene is one of those sequences.
Edgar Wright, Life Cinematic

The use of voiceover is often criticised as a lazy Hollywood tactic that goes against the old adage of ‘Show, don’t tell’, but for Edgar Wright, the Coen brothers manage to invert clichés with their use of highly stylised voiceovers. 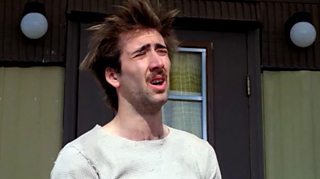 It becomes this almost dreamlike film where you accept their heightened version of reality because the narrator is guiding you with a very specific comedic voice.
Edgar Wright, Life Cinematic

Director Brian De Palma is acclaimed for his mastery of tension, not least in this climactic scene. 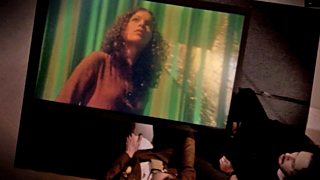 The titular Carrie has been announced as prom queen, unaware her bullies have rigged a bucket of pig’s blood above her head. It’s only a matter of time before her elation turns to utter humiliation.

For editor Paul Hirsch, De Palma’s use of point of view in the sequence was crucial: “I was able to construct a scene in which all of the characters and their motives are understood by showing the audience what they’re seeing and how they’re reacting to what they’re seeing.”

Inside Cinema on BBC iPlayer: Short Films For Movie Fans