Seven things you can do to bring down pollution

For centuries cities have struggled with poor air quality. Think of the smog which killed thousands of Londoners in the 1952. Since then much has been done to clean up the air we breathe but it’s still a major public health risk. The UK government says air pollution is the fourth biggest threat to public health after cancer, obesity and heart disease. You and Yours has been investigating what you can do to improve the quality of the air we breathe.

London is one of the most polluted cities in Europe. The UK government says air pollution is the fourth biggest threat to public health after cancer, obesity and heart disease.

You can help in the fight against emissions by leaving your car at home. The mayor of London is trying to encourage people to use public transport, bikes and to walk journeys of less than two miles. Sadiq Khan has also introduced a 'Toxicity Charge' for the centre of London. The £10 T-Charge, which mainly applies to diesel and petrol vehicles registered before 2006, made changes to the existing Congestion Charge Zone, bumping up the cost to £21.50 for those affected.

2. Check your own emissions

Next time you go to buy a car, or have an MOT, have a good look at your car's emissions rating. The lower the rating, the better it is for the environment. In the past year alone, sales of diesel cars have fallen by almost 40% and the UK government has said that sales of all new diesel cars and vans will be banned by 2040. So the cleaner your car is, the better. You'll also save money on your road tax.

You might want to think about buying an electric car. The Government expects many more electric cars to be on the road in the coming decades. From 2040, new cars running only on petrol and diesel won’t be sold and a decade after that we’re all meant to go completely electric. California is even further along in terms of policy. Californian’s buy almost half of all electric vehicles in the US with almost 340,000 electric vehicles on the roads at the moment. California has a state target of 1.5 million zero-emission cars on the road by 2025.

What impact is pollution having on you? 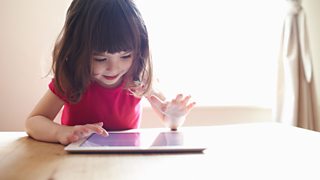 Samantha Fenwick’s been to London to see how pollution affects people’s lives.

From 2040 in the UK, new cars running only on petrol and diesel won’t be sold and a decade after that we’re all meant to go completely electric.

In many places across the world you can now share your journey to reduce your carbon footprint. There are tech companies offering ridesharing - where you can book on a mobile phone and join a journey with other travellers for as much or as little time as you need. It's being marketed as a cheaper, cleaner way to travel, and it's likely more and more of us could travel that way in the future. In America there are ridesharing lanes on the motorway so you can skip the queues.

5. Generate your own energy

Have you ever thought about getting solar panels on your roof? Although there's an initial one-off cost, it could save you money on your energy bills in the long run. If you generate more electricity than you use, the surplus can be sent back to the grid and you can receive bonus payments for that amount. In 2017, Britain went a full day without using coal to generate electricity for the first time since the 1880s. The government hopes to close all coal-fired power plants by 2025 and coal accounted for just 9% of electricity generation in 2016 - down from 23% the year before.

If you own an electric car, it also offers you the chance of energy storage. In the future, energy companies will be looking at what's called vehicle-to-grid technology. It means you could store energy in the battery of your electric car and then sell it back to the grid when it's needed. In California new homes are being built with solar panels and electric car charging points already.

What are the emissions levels like in the UK right now? 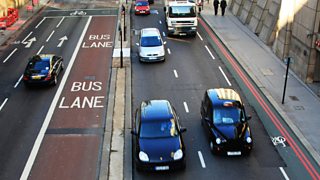 Samantha Fenwick finds out what the current levels are like and what's being done.

The average energy bill in the UK is almost double what it was a decade ago. Smart meters are supposed to digitally send meter readings to your energy supplier for more accurate energy bills. But there are also lots of small changes you can make to save your pennies. You can shop around for energy providers, draught-proof your gaps and make sure the standby button isn’t on all the time! Did you know, simply leaving your TV and other appliances on standby can cost you £30 a year? Turning them off can save you money, and help save energy.