What you can do to spot and stop unconscious bias

In I Can’t Be Racist Dr Keon West, a social psychologist who specialises in prejudice, explores the concepts of both conscious and unconscious racial bias.

Keon asks, how can we go about changing our unconscious associations, how effective is anti-bias training in the workplace, and what is the secret to real change?

Racism is commonly defined as discriminating against someone because of their skin colour – a deliberate and intentional act, driven by hate. But in Keon’s opinion, that definition falls short.

Like many black academics in the UK he’s frequently presumed to be something else in his place of work: a student, a cleaner, an intruder. This may not be intentionally malicious, but it exposes a set of beliefs about the things black people are, and are not, allowed to be. To him, this is racism.

Keon argues that whether you meant to do harm is not the central point. The important issue is the harm that is done. It is how our behaviour affects other people. We need to focus on the consequences of our words and actions.

Dr Katy Greenland, Reader in Social Sciences at Cardiff University, says racism is “about the consequences of your actions and these consequences can be from a lot of small things that you don’t necessarily even notice that you’re doing.”

That’s where unconscious bias comes in.

What is unconscious bias?

Unconscious bias is any detectable bias in our attitudes or behaviour that operates outside of our awareness. It could be asking a man rather than a woman to pitch a project because, subconsciously, you presume he will be more confident and assertive.

Efforts to get people to suppress their stereotypes can actually work to reinforce them.
Alexandra Kalev, Professor of Sociology & Anthropology at Tel Aviv University

Dr Doyin Atewologun is a Chartered Business Psychologist and Director of the Gender Leadership and Inclusion Centre at the Cranfield School of Management. Crucially, she says, the impact is still very real whether it’s conscious or not, and “no matter how tiny, or micro or everyday” it might be. Both types cause damage.

How can bias creep into our lives?

Tinu Cornish is a Chartered Organisational Psychologist, one of the countries foremost diversity and inclusion specialists and co founder and Chair of the Diversity and Inclusion at Work Group. She explains how unconscious bias is formed through a process of passive association.

Whenever two events occur together, neurons are connected in the brain. You might read about a Muslim terrorist, and the next time you hear the word Muslim the word terrorist also comes into your mind.

We have to be vigilant and constantly challenge the biases that are being laid down in our own heads. You may not have chosen the biases you have, but that doesn’t mean it isn’t your responsibility to do something about it.

Why does racism persist in our daily lives? 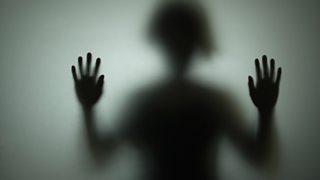 What explains the persistence of racial inequality?

One method being used to do something about it is unconscious bias training. It hit the headlines last year when Starbucks closed 8,000 branches across the US to implement this training, after an employee in Philadelphia called the police on two black men who had simply sat down without ordering anything.

All sorts of businesses, from universities to banks and building societies, are now recognising the importance of tackling this issue. In fact, a vast proportion of the FTSE 350 – the largest and most significant contributors in terms of employment and UK economy – engage in some kind of unconscious bias training.

Femi Otitoju has worked in the field of diversity and inclusion for over 30 years. She is founder and Managing Director of Challenge Consultancy, which offers the training. She says the aim is to make people more aware of the areas where they are likely to make implicit associations, and equip them to take steps to reduce the chances of those associations affecting other people. It’s unlikely, in such a small space of time, to change people’s hardwiring and stop them from making these associations altogether. But it’s about opening people’s hearts and minds so they can start to make those changes themselves. 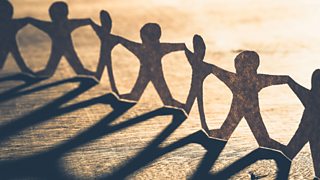 Discussion of the change over time of racial ambiguity in America and the U.K.

What are the possible downsides to unconscious bias training?

Alexandra Kalev, Professor of Sociology and Anthropology at Tel Aviv University, has done a lot of research into unconscious bias training and her findings are astonishing: it’s not just that bad training doesn’t work, but that it can be counterproductive, actually reducing the number of women or people of colour in management positions. She has found that efforts to get people to suppress their stereotypes can actually work to reinforce them. Often, any positive change is weak and short term.

One theory is that if training tells us we’re all biased, we might no longer think we need to make an effort or that making an effort will make a difference. Afterwards, a participant might come away with a sense of relief: they’ve been shown that their bias isn’t really their fault at all. The eagerness to label all bias as unconscious could allow us to evade responsibility for the harm it causes.

And many businesses might see the training as a complete solution to their discrimination problems: a quick fix. But although unconscious bias training opens the door to fruitful conversations about bias, by itself it won’t make you or your company any less biased than you were before.

"I'm done with race. I don't identify with the term black" 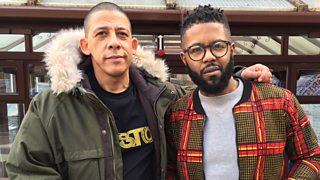 Poet Lawrence Hoo on his attitude towards race and identity, and why he is now done with race.

The solution is a holistic approach to tackling bias

Unconscious bias is only a small part of the picture. An organisation needs to tackle conscious bias and structural bias alongside unconscious bias. If they don’t tackle all three then the status quo will just reset itself. 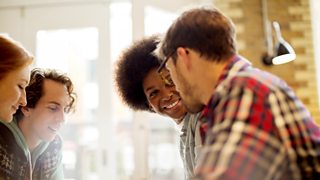 You might go on your unconscious bias training, recognise how stereotypes are affecting you and decide to personally do something about that. If the company you work for is also making sure that you are constantly exposed to counterstereotypes – e.g. doing an image audit and replacing all the portraits of white men – you might start to make new, positive associations. Institutions can take many practical steps: tackle micro-aggressions, shift the way they recruit, change reception spaces, and introduce mentoring programmes. These can all help.

The most important changes we can make are structural – we need to take out the parts of the system that make it possible for people to make bad decisions. It’s about setting up good rules, good policies and good legislation.

We all need to work hard and our organisations need to do the same.

This is how real change can happen.