Frankie Boyle: 10 things we learned when he spoke to Louis Theroux

Frankie Boyle became famous as a panellist on Mock the Week, cracking jokes that very few people could get away with. He’s long been considered a controversial comedian, but as a guest on the second series of Grounded With Louis Theroux, he shows himself to be a thoughtful, compassionate and very honest man. Here are 10 things we learned about him… 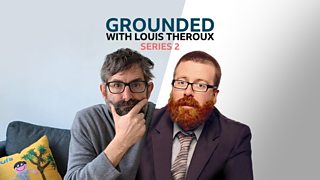 1. He does yoga five days a week

As a comedian, Frankie has always had an image of being very acerbic, possibly even a little bit angry. So, it comes as some surprise to Louis to hear that Frankie is a devotee of yoga. “[I do it] five days a week with a pretty harsh Zoom yoga instructor,” he says. He started at the beginning of the first lockdown and says he’s getting pretty good, having just learned to do a bind. “I’m [heading for] either a headstand or a hip replacement.”

I’m [heading for] either a headstand or a hip replacement.
Frankie on taking up yoga during lockdown

2. He thinks the media are responsible for diluting comedy

Frankie has had many controversies in his career, including making jokes about the Queen and people with disabilities. Frankie says that it’s every comedian’s job, to different degrees, to, “take things that people would normally find offensive and make them funny.” He says the press is responsible for a lot of controversy by reporting jokes out of context. “They have become quite good at taking [jokes] and giving them to a whole audience they’re not intended for,” he says. “There’s no way I can write something that’s going to work for an audience in Newcastle and is also going to work for people having their cornflakes in Surrey.” He says people assume context means very little, but “context usually means that you had to be there. It’s quite complicated to explain. It’s just that the press realise it’s a [really easy] story.”

3. His TV career floundered after the 2012 Paralympics 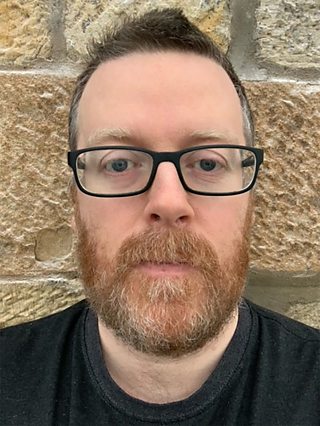 Frankie was a regular face on TV through the late ‘00s, on shows like Mock the Week and Tramadol Nights. He says TV work dried up in 2012, after he tweeted about the Paralympic opening ceremony. “[All the tweets] were very jolly and celebratory,” he says, “but the papers managed to create a kind of storm around it… They were jokes like, ‘the Austrian Paralympic team look fitter than the Scottish [Olympic] team’… It was pretty jolly stuff.” He says that being told he’s overstepped the line has been a constant in his career. “I always had a sense since I was a club act of getting ‘cancelled’. I’d go and do a weekend somewhere and it would go well, but someone in the crowd would complain and I wouldn’t get booked again.”

4. He sued The Mirror and won

The one-time Frankie has fought back against criticism in the papers was when, in 2011, The Daily Mirror accused him of being racist. He sued for libel and won. “It was such an incredible thing because I grew up in quite an anti-racist atmosphere and I didn’t really know what their case was about,” he says. “I’m not a racist and it’s a really serious thing to be called. The weird thing about these things is if you win it gets forgotten about… For you, it’s a really incandescent thing.” He calls the whole time, “a dreadful experience.” Frankie was awarded £54,650 in damages, which he donated to charity.

Frankie has repeatedly retired from touring, but then returned (his last was in 2019). “I hate it so much,” he says. “I find it physically quite gruelling. My crowds, compared to your average stand-up crowd, are incredibly lively and heckle-y. Most of the time it’s great, but you have to be ultra-concentrated for the whole time you’re on stage… Doing that 100 times in a row is almost fatal.” He says that part of the reason he took up yoga is because, “my shoulder and right arm kind of seized up from grabbing the microphone so hard… from fear.”

6. He’s not a fan of Ricky Gervais

Frankie does not have positive words to say about Ricky Gervais as a stand-up comedian. “If you’re a stand-up watching him, you feel like, ‘oh, that’s someone doing a version of what we do,’” he says. “But really, it’s that I saw him doing his routine about trans people and I thought it was very lazy [in a 2018 Netflix special, Gervais did a routine about Caitlyn Jenner and trans identity]. I would like him to have the same respect for trans people as he seems to have for animals. I don’t think that’s a lot to ask.”

7. He had his ears pinned back when he was a child

When he was younger, Frankie says he had, “bat ears. They were flaps of skin,” which he hated. His family was not in a position to pay for surgery, but Frankie says a teacher, “talked to this surgeon who kind of did it in his lunch hour or whatever… But I have these big ear lobes because he was supposed to pin these back, but he died before he finished.”

I have these big ear lobes because he [the surgeon] was supposed to pin these back, but he died before he finished.
Frankie on childhood surgery

8. He wrote his autobiography while on ecstasy

In 2009, Frankie published his autobiography, My Sh*t Life So Far. He says that stories from his childhood did not fit, “the jaunty autobiography of a panel show contestant. I got a hotel in Edinburgh and basically took ecstasy to write the first draft of that book, to try to find some kind of spark or something that could translate into something palatable, because the reality of it was fairly bleak.” Frankie grew up in Glasgow and says his family was very poor. “There’s that whole thing of people living below the poverty line, but living just above the poverty line is no Mardi Gras.”

9. He developed a drinking problem at 15

“I remember having my first drink at 15,” says Frankie, “and just going, ‘Yes! Yippee! This is it!’” That first drink was the beginning of a problem that lasted until Frankie was 26. “There’s a feeling sometimes addicts get that a substance completes them. That’s kind of what it was for me.” He says he grew up around a lot of people with drinking problems and, “I sort of imagined I’d be dead by 30.” He stopped drinking when he realised he was on the cusp of not being able to work and says he found giving up, “relatively easy.”

Frankie says he has such a fear of flying that, “even seeing a plane on screen makes me feel ill.” He turned down writing jobs in America because he couldn’t face the air travel. He tried it once and, “took so much Valium I nearly died.” He says his fear boils down to, “the whole thing: falling through the sky, at an unusual angle, then blowing up.” Louis asked if he’s ever tried anything to rid him of this fear: “I don’t want to cure it. It’s a rational phobia.” 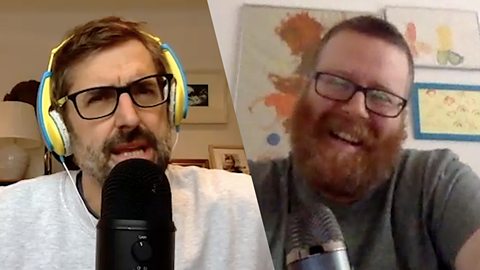 Frankie Boyle: "I took so much Valium, I nearly died"

Frankie Boyle reflects on his fear of flying on Grounded with Louis Theroux.

More from Grounded with Louis Theroux