Advice from our expert Martyn James

Scams and how to beat them

I love being the bearer of good news so dust off those confetti cannons and light those sparklers, for victims of scams have much great protection from 28 May 2019! 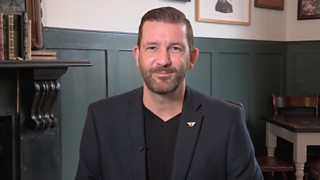 From that date a new scheme came in to place from the big banks to provide compensation to people who’ve been tricked in to handing over their cash. And it’s desperately necessary. In the first half of 2018, consumers lost £92.9 million due to push payment scams.

Now nothing’s perfect, of course. The code is currently voluntary (most banks are signed up) and there’s still some debate about how it will work in practice. You aren’t guaranteed a refund either – but the burden of proof shifts more in your favour if you’ve not been careless and have clearly been tricked.

Even better news for TSB customers. They’ve pushed the boat out and agreed to refund almost all forms of genuine fraud no matter what. Now there are catches, of course, but this decision has shaken up the industry massively.

Depressingly, some banks are still being difficult behind the scenes. It’s important that you don’t give up and pursue a complaint if you think you’ve been treated unfairly.

How do I make a complaint?

No-one deserves to be tricked out of their money. Many people can’t admit that they’ve been conned and suffer in silence. But it’s vitally important that you speak out, even if it’s hard to do so.

Fraudsters are experts – despicable experts, but experts anyway. They’re good at what they do. When you make a complaint, you should explain exactly what happened and how the fraud happened.

If you were tricked in to handing over you cash on the phone or in person:

Explain how long the fraudster spoke to you, if they ‘transferred you’ to another department, if they asked you to call a number on the back of your plastic card, what they said to you and what it was that they said that convinced you.

Some people are tricked by people dressed as or pretending to be authority figures. They are so convincing they have been known to trick people in to believing that genuine bank staff are the actual fraudsters. If you can, give as much detail as you can about how you were approached and what happened if you had to withdraw cash personally.

If you were tricked by a text message:

This is known as ‘number spoofing’. Cheap technology can make it look like your bank is texting you. If you get ‘spoofed’ then explain how the number came up on your phone as a genuine number for your bank and that there was nothing to suggest that it wasn’t a standard security call. If you’ve been called or messaged by the bank before then explain this too.

If you or someone you know has been tricked by email:

Email spoofing is becoming increasingly common as it’s a quick way to get a huge amount of cash. The scam involves tricking one person in to transferring money that’s a genuine transaction (say for a house purchase or business reason) to a fake account.

If this happens to you make it clear who got hacked, who transferred the money and question how you could possibly have known.

But how do you beat the scammers?

The best way to fight back against scammers though is to know their tricks. So here’s my quick guide to the fraudster’s favourite tricks doing the rounds at the moment. Spread the word – particularly to older or more vulnerable people, friends and neighbours alike.

Vishing: The fraudster calls you and pretends to be from your bank – or impersonates an authority figure like a policeman. You are told your account has been compromised and need to transfer your cash to a new account which is actually the fraudsters. The fraudster tells you to call the number on your bank card but stays on the line when you hang up. If you don’t check for a dialling code, they then pretend to be the bank and take your money.

Smishing: This method of fraud targets online banking. The fraudster uses a cheap bit of technology that means they can impersonate your bank’s number. They ask for your online banking passwords or codes and trick you in to giving them what they need to access your account Then they get you to transfer money or pinch it themselves.

Courier fraud: This kind of fraud works in the same way as vishing. Only the fraudster tells you that they will send a courier to collect your bank card after getting your details. In the worst examples, people are told their local bank staff are the fraudsters and are made to go in and transfer the money out, ignoring the cashier’s warnings.

Solicitor/business fraud: This scam targets solicitors handling big transactions or mortgage payments or businesses. It works in the same way as the others, but the sums are huge. I’ve seen £350,000 tricked out of one business!

Email fraud / fake site fraud: We’ve all seen those dodgy emails that used to do the rounds asking for your details. Well now they’re very, very convincing. I’ve seen emails ‘from’ the Inland Revenue, Government, Banks, Ombudsmen and many others all looking ridiculously convincing – all fake. Check out the end of the http address

Don’t forget the golden rule: No bank will ever ask you to hand over your personal passwords or details – and they’ll never ask you to transfer money out either. Be sceptical, think before you click and if you think you’ve been tricked get in touch with the business asap.

Anyone – literally anyone – can be fooled by these expert con artists. I’ve listened to telephone recordings of vishing and heard even cynical people can get worn down by the constant onslaught. Though I hate to give them credit, the modern fraudster is very, very convincing. They have to be when the rewards are this high.

If you’ve been a victim of fraud, please do report it. Action Fraud are the people to contact. Some fraudsters have been caught, though there’s often little money left. But by reporting these appalling thieves, you can help make life much harder for them.