How can a house just disappear?

Houses don’t just vanish. But Neville Presho’s did. And nobody would tell him what happened to it.

This extraordinary true story is told in The House That Vanished – a compelling new series available now from Radio 4’s Limelight podcast.

Here, producer Conor McKay describes what happened when Neville Presho returned to the remote Irish island where his home once stood… 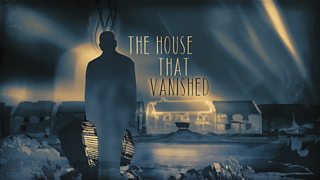 Your house is gone. Your neighbours won't talk. And you're on an island miles from shore...

Listen to The House That Vanished.

It’s a perfect summer’s day in July, 1994. The deep, blue sea swells gently as a ferry approaches a remote Irish island. Onboard, Neville Presho is scanning the horizon for the house that he hasn’t seen in eight years. It was freshly whitewashed before Neville left for a new life in New Zealand. The house should be easy to see. It’s one of the oldest on the island and sits right above the harbour. But there’s a problem. The house isn’t there. It has completely vanished.

Tory, the most remote inhabited island of Ireland

A Rock in the Middle of the Ocean

Tory Island is rugged, remote and stunningly beautiful – it’s been said it does not belong to Ireland, but to the Atlantic Ocean.
Just 3 miles long, less than a mile wide, Tory rises out of the sea, east to west, like a wedge. The island is home to around 120 people and Irish is spoken as the first language. Neville first came here in the 1970s to make a film about the people and their traditional way of life. He was captivated by the island and decided to buy a house, unusual for an outsider. His film ‘Oilean / The Island’ is regarded as a classic documentary and Neville felt warmly welcomed by the islanders – but now he finds himself in a nightmare.

A Wall of Silence

When the ferry docks, Neville races along the shore and cannot believe what he finds. The only sign that a house ever stood there is a bit of plastic pipe sticking out of the ground. Neville’s bath is lying upside down on the beach. Frantic and in shock, Neville questions the islanders. People he has known and trusted for years. Nobody will give him a straight answer. The old woman who lives right across the road says a whirlwind took it. The island’s priest talks of a strange glow in the night sky. Another islander tells him he would be better off not asking. The only real clue comes the owner of the island’s new hotel who tells him, “If I were you, I’d want to find out who burnt my house down.” 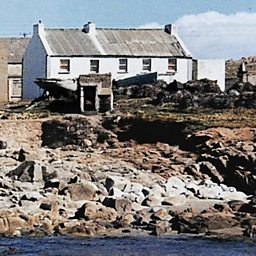 Neville's house before it disappeared

Unable to find out what had happened, Neville would be sectioned in mental health wards several times and his marriage would collapse.

The disappearance of his house would have a devastating effect on Neville. He later described it as a “switch flicking in my brain”. He would never recover from the shock. Neville had been a highly respected film maker. His documentaries won many international awards, but after discovering his house had vanished, Neville would never make another film. In the years that followed, unable to find out what had happened, Neville would be sectioned in mental health wards several times and his marriage would collapse. He spent years searching for answers and became completely obsessed.

The ruins of the house

A Series of Clues

Neville tried in vain to get a solicitor to take his case on, but none would. He asked the police to help, but when a detective visited the island, he too met with a wall of silence. A judge would later say, “The absence of statements from the many inhabitants regarding what should have been obvious to all is significant.” 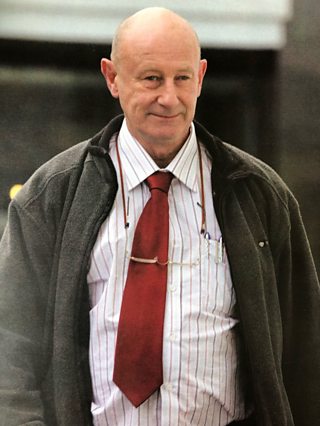 The reason Neville had returned to the island in the first place was a letter from the local council warning this house had been damaged by a storm, but an engineer’s report found that the house was most likely brought down by mechanical means. A builder who worked on the island alleged he had been offered money to demolish the house, but had refused. There were rumours that the house had been destroyed in an arson attack, but Neville could not find any proof.

Nine years after discovering his house had vanished, Neville was once again on the ferry to Tory Island when he met a journalist called Anton McCabe. Anton was a regular visitor to Tory and a fluent Irish speaker. He had picked up some new information from the islanders and was able to tell Neville a little more about had happened to his house. Anton also put Neville in touch with a solicitor who was willing to take on his case. Neville and his solicitor commenced civil legal proceedings, alleging that an islander had decided that Neville’s house was blocking his view of the sea... and had decided to get rid of it.

After a dramatic court case, a judge would eventually find that there was no proof that either the defendant or anyone acting for him had set fire to the house. However, the judge decided that the defendant did have the most to gain from the disappearance of the house and that his digger, whether driven by him or not, was most likely involved in the house’s destruction. The judge awarded Neville £54,000 in damages. Outside court Neville would claim that the money “wouldn’t pay for a chicken coop on Tory Island”, though he did feel that justice had been served.

Today, Neville continues to experience bouts of severe mental illness and is regularly admitted to hospital. He says he bears no ill-will towards the islanders and feels he has forgiven those he believes wronged him. After so many years of searching for answers and being dismissed as delusional, Neville is grateful that someone finally believed his story.

To find out more, listen to The House That Vanished