Keeley Hawes: "I’ve got so much sympathy for Samantha"

Keeley Hawes has become a household name following roles in critically acclaimed productions such as Line of Duty, Ashes to Ashes and Spooks. Here, she talks about her character's cheap-looking taste in expensive clothes, and her thoughts on the script.

Can you tell us about your character? 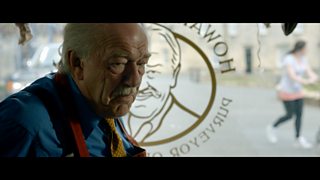 It’s a bit like curtain-twitching, on the telly
Keeley Hawes

Samantha is married to Miles and they have twin girls, who they are bringing up under the shadow of Howard and Shirley, Miles’ parents.

Shirley absolutely despises Samantha, and Samantha feels pretty much the same way about her. It was good fun to play as I couldn’t feel more differently towards Julia McKenzie, who I am totally in love with. It’s awful really, playing those scenes with pure hatred, but there is this little bit of you that is appreciates the brilliant work that Julia is doing.

Miles and Samantha are not in a great place when we meet them. That’s really down to his relationship with his mother and his father. He’s a mummy’s boy and they are using him, pushing him forward in the election. It’s probably a good thing because it does bring everything to a head between them.

It’s a fantastic script, what did you think when you first read it?

It's a wonderful script, I feel there’s nothing I don’t know about these people. It’s so beautifully written that all the tiny details of their lives are all in there - it’s a bit like curtain-twitching, on the telly.

The situations these characters find themselves in feel very real. There’s humour at moments where there really shouldn’t be, at funerals and places where people should be seen to be behaving a certain way. Underneath that there are all these other emotions and other relationships going on, and that is how life is.

How do you approach the look and feel of Sam’s character?

The outfits Samantha wears are all very top-end but looks very cheap. In the book her hands are stained from constantly rubbing fake tan all over herself. The logistics of that were quite difficult as I was also finishing off another job where I couldn’t be perma-tanned.

Did you find yourself having sympathy with Samantha?

I’ve got so much sympathy for her. She’s really stuck. She loves her husband and her marriage is not a total loss, she’s just being railroaded at every turn by some very strong characters.

They live in a house which has been owned by Miles’ parents but it's beyond their means. In one scene Miles and Samantha are having a conversation in the kitchen and the doorbell rings - they know it’s going to be Howard and Shirley. This is what happens every day, Shirley just lets herself in. It would drive you mad.

Miles has been brainwashed to the extent that he can’t see any bad in his mother. He is like a giant baby and he couldn’t fend for himself on that council estate, he wouldn’t last two minutes. I like to think Sam’s a bit more savvy than that.