Nine important life lessons we can learn from Tim Burton 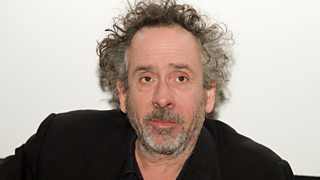 Suburban nightmares, weird kids, odd monsters and plenty of stripes and swirls. There are lots of instantly recognisable elements that spring up again and again in the films of Tim Burton.

But what can we learn about life from the great man himself and the way he makes his movies? Here are just a few of the life lessons that he has sent our way.

1. Never throw anything away

Tim Burton had a fairly conventional upbringing in sunny suburban California. But for some reason, his over-active imagination drove him to produce a series of strange, twisted drawings featuring a number of bizarre characters. Some of these sketches later inspired a number of his most memorable film creations including the character of Edward Scissorhands, Frankenweenie and Jack Skellington from The Nightmare Before Christmas.

Despite his rather Gothic image, Burton actually started out in the cartoonish, fluffy world of Walt Disney, working as an animator on such feel-good fare as The Fox and The Hound and The Black Cauldron. Eventually he was fired from the studio after making the short film Frankenweenie, which his bosses felt was too dark for kids and a waste of money. Nearly 30 years later he returned to Disney to make a full-length, critically acclaimed version of the film. "There is a twisted humour about it,” he has said about the situation.

3. Have a healthy disrespect for the legendary

Burton was repeatedly told by Hollywood bigwigs that he could never kill off beloved actor Jack Nicholson in a film. So far he has killed him three times, once in Batman and twice in Mars Attacks (as two different characters).

Despite having a phobia of chimpanzees, he surrounded himself with the creatures during the making of Planet of the Apes. The director has said, "You don't know whether chimps are going to kill you or kiss you. They're very open on some levels and much more evil in a certain way."

In the film Edward Scissorhands, Johnny Depp only says 169 words during the course of the whole movie. Even so, the character and the performance delighted audiences, propelling Depp from teen idol TV star into fully fledged Hollywood royalty.

6. Always back the underdog

Tim Burton’s films are peppered with ‘loveable losers’ who always triumph in the face of adversity. From the bike-obsessed Pee Wee Herman, to the eccentric cross-dressing ‘worst director of all time’ Ed Wood and the outcast ‘artificial human’ Edward Scissorhands.

Despite pressure to make sequels to huge successes such as Edward Scissorhands and The Nightmare Before Christmas, Burton has resisted the idea and instead focussed on new projects. He has said, "I was always very protective, not to do sequels or things of that kind… I felt the movie had a purity to it. it was important to kind of keep that purity of it."

8. Fight for what you believe in

Even though he is known for the freakish and the unusual, the studio who hired him to make Charlie and the Chocolate Factory wanted Burton to make the character of Willy Wonka more loveable and a ‘father figure’ to Charlie. But the director (and star Johnny Depp) completely rejected that approach, considering Wonka as a ‘weirdo’ and a Howard Hughes-like recluse.

One criticism levelled at Burton is that the films he makes for children are too dark or frightening for that particular audience. It’s an idea he completely rejects. "People might say 'oh it's too dark and scary' for children but… people say their dog even liked watching Nightmare Before Christmas. So this is for animals, children, whoever."

Don't worry about being too Gothic.

Tim Burton has a phobia of chimpanzees, but he still made Planet of the Apes.