Music to calm the mind, as recommended by some of 6 Music's favourite artists

A selection of 6 Music's favourite artists have recommended songs and artists to help calm the mind, as part of the BBC's focus on Mental Health.

And listen to 6 Music on Thursday 21 May 2020 for special features on mental health throughout the day.

Below, discover the songs, artists and genres some of 6 Music’s favourite acts turn to for moments of calm and escape... 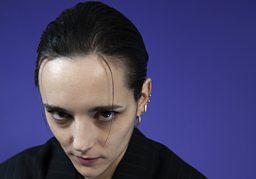 Ambient music is a go-to for many when it comes to calm-inducing music, and Brian Eno's 1978 release Ambient 1: Music for Airports is one of the best-known albums of the genre.

Conceived as Eno's response to feeling bored at the boarding gates of Germany's Cologne Bonn Airport, he aimed for the album to "induce calm and a space to think" while also "accommodating many levels of listening attention without enforcing one in particular", adding, "it must be as ignorable as it is interesting".

Jehnny Beth, frontwoman of Savages and now solo star, cites Eno's ambient records as her go-to for a peaceful moment. She says: "I’ve been playing those quite a lot recently to try and calm myself - and it works. When I put that on, it doesn’t matter which mood I’m in, it just works."

Neo-soul collective Jungle are also big fans of Eno. "We like to do a little breathing meditation exercise before every show and we listen to [Brian Eno’s Ambient 1: Music for Airports] for that," they explain. They also recommend Nils Frahm’s 2018 album All Melody, which they have been listening to "on repeat". 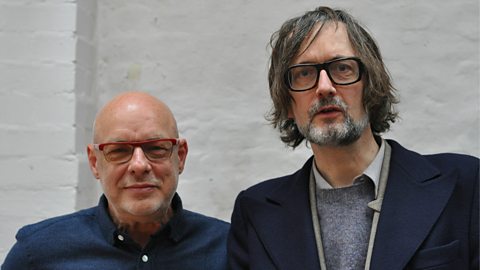 Brian Eno tells Jarvis Cocker about the genesis of his ambient masterpiece.

Jazz isn't archetypal 'calming music'. Its unpredictability and refusal to be pigeonholed make it the complete antithesis to ambient music. But there's something in this constant evolution that can prove comforting.

Brittany Howard, who fronts Alabama Shakes, says she listens to all music to wind down, but that jazz has a special factor. "Just something that puts me in a different state of mind; that’s what’s good about music."

Which record always soothes you? We asked a few of our favourite acts this very question

While some may opt for more laid-back music to calm their minds, John Grant instead finds himself drawn to the intricacy and technical craft of Polish composer Frédéric Chopin's Études, a series of 27 classical pieces that changed the way people approached piano playing.

"I listen to them all in one go," Grant says. "Each one is a study of a different type of technique, like the first one is arpeggios and then another is about 16th notes. I was never able to play those well, but it really calms my mind listening to them." 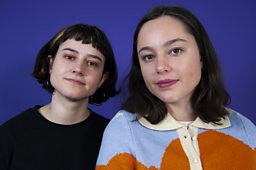 The running theme so far: music is a source of escape, a chance to shut yourself off from the outside world for a brief moment.

Or in The Orielles' case, it's an opportunity for a good old-fashioned slow dance. Nothing works better than 'Ladyfingers', by Herb Alpert's Tijuana Brass, they claim. "It's a nice end of night tune that gets people slow-dancing."

The lushly-produced track was released in 1965; a short and sweet example of Alpert's masterful trumpet playing, packed by light percussion and sweeping strings, making it perfect for a slow sway with a special someone.

Ennio Morricone evokes calmness for many artists, with both John Grant and Bill Ryder-Jones recommending the legendary film composer. While Grant told us how the Italian had been an inspiration for his 2018 album Love Is Magic, Merseyside musician and former Coral member Ryder-Jones spoke about how one Morricone composition in particular strikes a chord.

Speaking of Morricone's 'Deborah's Theme', which featured on the soundtrack of 1984's Once Upon a Time in America - a score that inspired The Pogues' Christmas classic 'Fairytale of New York', Ryder-Jones says: "It puts me in a state of stillness like very few other pieces of music do."

There are few better feelings that hearing a new song for the first time, with zero preconceptions, and having it blow your mind.

This happened to The Big Moon bassist Celia Archer a few months ago, when a nasty hangover was briefly subsided thanks to a song by U.S. songwriter Weyes Blood. “The first time I heard her song ‘Seven Words’ I had a really bad hangover. I crawled into my friend’s bed, and other people were over. My friend put it on, and when the guitar solo came in, my headache went away for just a second.”

And if Weyes Blood doesn’t work to soothe the head, guitarist Soph Nathan recommends ‘Spring’ by fellow indie star Angel Olsen. “Anything by her pretty much, but ‘Spring’ is a real heartwarmer right now.”

Obaro Ejimiwe aka Ghostpoet's choice is the relatively unknown 2012 song 'Visit Croatia', by Manchester saxophonist Alabaster dePlume. The track was written in a Dartmoor cabin, and it perfectly captures the serene calm you get from a long walk outdoors. "There’s a saxophone-led opus that really calms me down," says Ghostpoet.

The song recently rose to prominence thanks to Bon Iver, who heavily samples 'Visit Croatia' on the song 'PDLIF (Please Don't Live In Fear)', which was recorded with collaborators in isolation in early 2020.

Self-taught violinist Sudan Archives finds solace in the reassuring spoken word of Cameroon composer Francis Bebey. Specifically these words on the song 'Forest Nativity': "Come into the world my child... the whole forest is expecting you."

"He has this really cool voice," she says, and indeed Bebey's vocal – set against a wall of wood percussion – has a liberating effect, inviting each listener into a strange, previously uninhabited world.

London-based electro-disco duo Gold Fir may describe their music as "fun, funky, sassy, serious, sad and amusing," but for Marika Hackman, their groove-laden tunes are perfect for calmness, as well as inspiring a dance move or two.

Picking out the pair's 2019 single 'Fatal Fantasies', which features on their six-song Prelude EP, Hackman remarks: "The rhythm is incredibly soothing, but it also makes me want to dance. Dancing helps calm my mind."

For Chicago rapper Chali 2na, best known for being a member of legendary hip-hop group Jurassic 5, a trip down memory lane always helps calm the mind.

It's not only music that reminds you of the past that can create calmness, The Coral's James Skelly says a recent discovery has been doing the job for him lately.

Recommending 'Baby Where You Are' by Ted Lucas, a cult Detroit singer-songwriter from the 70s whose music has recently been reissued, Skelly tells us: "I’ve only just discovered him… my brother showed it to me. I listen to it every day. It’s quite acoustic and [full of] harmonies. There’s something so simple about it."

Like Chali 2na, jazz music is also a source of calm for Villagers frontman Conor O'Brien, who singles out Duke Ellington's 'In a Sentimental Mood' - and specifically the 1963 version with John Coltrane.

"It has one of the most beautiful melodies," he says. "Duke Ellington actually wrote it to stop a fight from happening in a bar and you can really hear that. It just sounds zen and calming. I always put it on when I’m cooking or whenever I’m trying to relax."

Calming music can be useful at the end of the day, says Stealing Sheep bassist Emily Lansley.

"Sometimes at night when I’m going to bed, I’ll put on some Suzanne Ciani and maybe some Terry Riley," she says. "Some ambient minimalist music to help me drift off to sleep."

Calming music can also be a good way to kick off the day, according to Jason Swinscoe, leader of nu-jazz troupe The Cinematic Orchestra, who picks out Estonian contemporary classical musician Arvo Pärt's 1977 composition 'Summa' as a piece that resonates.

"It’s incredibly emotive with very beautiful string arrangements," he says. Swinscoe even uses 'Summa' as his alarm clock music: "It’s so slow-building that it makes for a brilliant way to enter the day."

Listen to 6 Music on BBC Sounds, or find out other ways you can listen.

Listen – Mixes to calm the mind