The most powerful word in the English language

In Word of Mouth Michael Rosen is joined by linguists Laura Wright and Jonathan Culpeper, and philosopher Barry Smith, to explore the strange history of 'The', the most influential word in English.

How did a word which means nothing, and didn't even exist in Old English, come to dominate our language? What makes it ‘magic’? And why do men use it more than women?

We don’t know where it comes from

The Anglo Saxons didn’t say ‘the’, they said ‘sê’ – as in pass me ‘sê’ bread. Nowhere in Old English grammar is there actually a precise ancestor for ‘the’. But some time over the 1100s it entered our language.

We can’t escape the word ‘the’. If you look at the frequencies of words used in English, ‘the’ tops the league table. In fact, between 6 or 7% of the words we use consist of ‘the.’ And if you look at the next one down in terms of frequency, which is ‘of’, that accounts for just 3%. ‘The’ is streets ahead of everything else.

We can’t escape the word ‘the’. If you look at the frequencies of words used in English, ‘the’ tops the league table. In fact, between 6 or 7% of the words we use consist of ‘the.’ And if you look at the next one down in terms of frequency, which is ‘of’, that accounts for just 3%. ‘The’ is streets ahead of everything else.

Why is ‘the’ so dominant?

The reason is two-fold. George Zipf, an American linguist operating in the first half of the 20th century, brought into play the principle of least effort. This is the theory that the primary principle in any human action, including verbal communication, is to expend the least amount of effort possible to accomplish a task. ‘The’ is a short and simple word, and he predicted that short and simple words would be the most frequent.

The other reason is that ‘the’ lies at the heart of English grammar. Nouns follow ‘the’ and nouns appear twice in the stereotypical English sentence.

Does it mean something on its own?

Words are split into categories: words that have a semantic meaning like the ones for people, places and things, or a doing word; and then functional words like ‘the’, ‘of’, ‘for’, and ‘to.’ These have a job to do in our grammar. ‘The’ doesn’t have a meaning but it has a function. It’s a magical word that can completely change the meaning of a sentence. For example, I scored ‘a’ goal has a very different meaning to I scored ‘the’ goal. 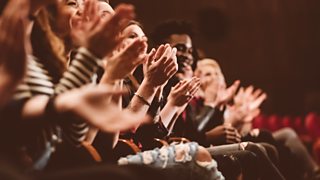 Lexicographer Susie Dent tells John Wilson about some of her favourite words and expressions.

Context determines the sense of ‘the’

The meaning of ‘the’ is all to do with context. If you said ‘the ball’, you’re pointing to something in the real world – a specific ball. If you say ‘a ball’ it’s just talking generically. But then if you say ‘the Romans wore togas’, that’s very general whereas ‘a Roman wore a toga’ sounds very specific, like you’re talking about a specific Roman person.

‘The’ has intrigued philosophers for centuries

‘The’ has a magical property in philosophy. The Austrian philosopher Alexius Meinong thought that as long as a sentence was grammatically correct then a denoting phrase like, ‘the present king of France’ or ‘the round square’ introduced that thing and brought it into being. No matter that there was no current king of France or that squares will never be round, Meinong believed ‘the’ could create a ‘non-existent object.’

Men say ‘the’ more than women

Jonathan Culpeper is an expert in corpus linguistics – the study of language as expressed in ‘real world’ text – and he works with a databank of recorded conversation. The data he examined showed that men say ‘the’ significantly more frequently than women. Why? One explanation is that men deal more in report (relating knowledge) and women deal more in rapport.

How the words we use for swearing have changed 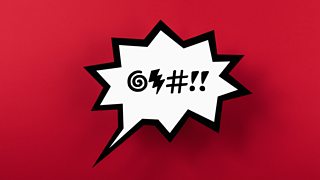 Andrew Marr and Dr Emma Byrne talk about the science of bad language.

Jonathan’s data also shows that the usage of ‘the’ increases with age. It could be because our handle on names disappears as we get older. Instead of ‘the films got Meryl Streep in it’ we might say, ‘it’s with the actress who was in the film about the female Prime Minister.’ We use these sorts of sentences as a substitute when our names start to go offline!

People in the North of England use ‘the’ less

If we look at regional variations in the frequency of use then the North comes out quite low. That’s probably because it often gets reduced or removed entirely. In Hull for instance, someone might say ‘going on boat’ rather than ‘going on the boat’ or in Yorkshire it might just get shortened to ‘going on t’ boat.’

‘The’ appears more in written than in spoken word

‘The’ appears about a third less in spoken word than it does in written text. The genre of writing where it’s most dense today is academic prose. Somewhere in the middle of the list is newspapers, and at the bottom where it’s used the least are novels – presumably because they contain a lot of speech.

Lots of languages don’t use ‘the’ at all

There are lots of European languages that have a separate word marking definiteness like ‘il’ and ‘le’ in French. But there are others like the Scandinavian languages (Norwegian, Danish, Swedish, Icelandic) and a bunch of Semitic languages (Hebrew, Arabic, Kurdish) that use an affix – little endings shoved on the end of words to indicate definiteness. Other languages like Latvian, Tibetan, and Indonesian, deploy a demonstrative – words like ‘this’ and ‘that’ – to do the job of ‘the’. But there is a whole other group of languages that don’t use any of those resources to mark definites. These include Hindi, Urdu, Japanese, and Russian.

How many words does it take to learn a language? 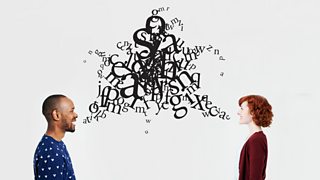 The importance of frequently used words when learning an additional language.