Can coffee make you fitter?

Coffee is fantastic – it not only wakes you up, it tastes great and even better, it can be good for you. It’s high in antioxidants, improves mood and is linked to healthier hearts. Surprising research has even shown that a cup or two can boost your exercise performance, endurance, and help you burn more calories during your workout.

Of course, caffeine can have some downsides like affecting your sleep – so what’s the best amount to drink and when? Dr Michael Mosley cuts through the confusion in the latest episode of his Radio 4 podcast, Just One Thing on BBC Sounds. 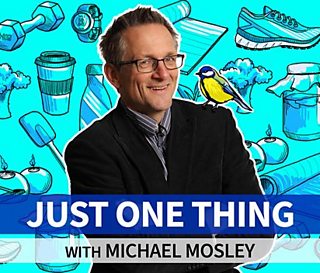 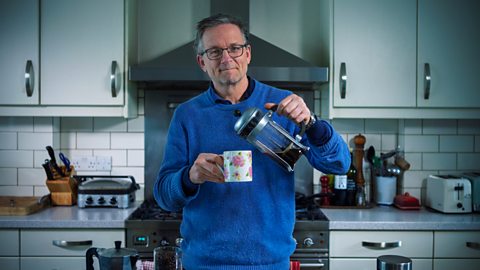 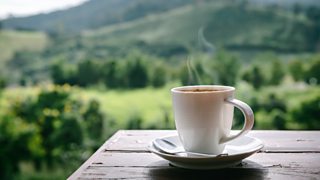 Today, coffee is the most popular drink worldwide after water, and a whopping 95 million cups a day are consumed in the UK. Much of the effect you enjoy is due to the caffeine content; caffeine is a powerful stimulant produced by plants to help ward off insects.

However, this much-loved drink is also rich in polyphenols, an antioxidant that has anti-inflammatory effects, making coffee one of the great sources of polyphenols in our diet. Polyphenols get around the body easily and caffeine is absorbed rapidly by almost every organ and tissue in the body. These may help explain why drinking moderate amounts of this delicious beverage has been linked to some very broad-ranging effects.

Benefits of the bean

One of the biggest studies of health in the UK, following half a million people, found that up to three cups is linked to better brain and heart health. Fascinatingly, imaging revealed that when compared to non-coffee drinkers, those who enjoyed it daily had healthier-sized and better-functioning hearts.

We all know that a cup of Joe can perk you up. Small studies have found that a simple cup of coffee can directly stimulate feelings of well-being. In one study a small dose of caffeine – less than a cup of coffee – enhanced attention, alertness, contentment and mood. Scientists suggest that at low doses, caffeine can, surprisingly, reduce anxiety.

Studies have shown that coffee improves almost every aspect of sports performance, whether it's strength, explosive speed, endurance or skill.. Dr James Betts, Professor of Metabolic Physiology at the University of Bath, says: “I would put caffeine on top of the list of supplements that boost physical performance – both for the size of effect that you get, and the breadth.” 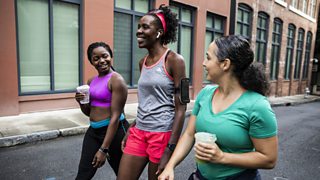 One way that coffee boosts performance is by blocking the action of adenosine. Adenosine is a chemical messenger in your brain which makes you feel tired. Caffeine blocks the action of adenosine, helping you go on for longer without getting tired. “You could do worse than imagining adenosine to be like a brake that's going to slow down your neural activity. Caffeine essentially hits the same receptors to prevent sleepiness,” explains Prof Betts.

Another way coffee works to boost exercise performance is by raising your levels of adrenaline, which can reduce pain and delay fatigue. It could also have effects on your fat and muscles.

To get the most out of coffee for your workout, Prof Betts recommends a cup about an hour before exercise. “Different people metabolise caffeine at different rates, but generally, if you have it around an hour beforehand, you should be getting the best benefits when you start,” says Prof Betts. Of course, you don’t want to overdo it.

How much is too much?

Caffeine affects us all differently, so you may find you are more or less sensitive than others. Studies have associated six or more cups a day with worse health outcomes. Experts generally agree that even three or four cups can be part of a healthy diet.

Even three or four cups a day can be part of a healthy diet.

If you’re pregnant or are particularly sensitive to its effects, be more careful.

It may take a bit of experimenting to find the right amount and timings that work best for you, but if you find the right balance, coffee offers a lot of benefits – for your mood, muscles, blood sugars, metabolism and physical performance!

If you want to find out more about the magic of coffee, then listen to the “Drink Coffee” episode in Michael Mosley’s podcast series, Just One Thing.

Just One Thing... for your health and wellbeing