The BBC National Short Story Award is one of the most prestigious for a single short story, with the winning author receiving £15,000, and four further shortlisted authors £600 each. The stories are broadcast on Radio 4 and published in an anthology by Comma Press.

The shortlist will be announced on BBC Radio 4’s Front Row at 7.15pm on Friday 10th September 2021, and readings of the five final entries will be broadcast from the following Monday on Radio 4 at 3.30pm each day across the week.

The announcement of the winners will be broadcast live from the award ceremony at BBC Broadcasting House on Front Row from 7.15pm on Tuesday 5th October 2021

“I am so delighted to chair the 2021 BBC National Short Story Awards. We need imaginative alternatives in these dark times: stories that question and surprise and open up new worlds. They can be short or long. They can take place in the past, present, future, or even all three at once. They can be set in a nutshell or in infinite space. But what I think we’ll be looking for is uniqueness of vision, a distinctive tone, curiosity, intrigue, surprise: an invitation to the reader’s imagination. I can’t wait to get started.”

Di Speirs, Editor of Books at BBC Radio and judge of the BBC National Short Story Award since its launch, says:

“After a year in which fiction has offered constant balm in troubled times, I am delighted to be calling for submissions to the sixteenth BBC National Short Story Award and the seventh BBC Young Writers’ Award, both with Cambridge University, and very curious to see how writers, experienced and new, respond to the world this year. Last year saw such wonderful variety in tone, style, subject and approach, underlining how strong short story writing is in the UK currently; at a time when we need fiction so much but often struggle to concentrate on it, I can’t wait to be transported, moved, amused, shaken or stirred by this year’s entries.”

This is the first year of a new three-year partnership with Cambridge University, now also including the Fitzwilliam Museum.

“The University of Cambridge is delighted to be collaborating with the BBC again on these awards, and to support and nurture both new and established short-story writers. Stories are at the heart of our shared human experience, and Cambridge's Faculty of English, Institute of Continuing Education, the University Library and Fitzwilliam Museum all have a special interest in how this dynamic form of fiction responds to a changing world. The standard set by writers entering these competitions is always impressive, and as we embark on the fourth year of our involvement at a time of such upheaval and distress, we look forward again to discovering work which will offer vivid new ways of understanding ourselves, and our contemporary moment.” 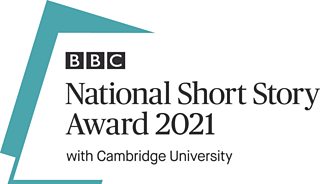