It really is a man's world: How everyday design excludes women

Caroline Criado Perez appears at Hay to discuss her book Invisible Women: Exposing Data Bias in a World Designed for Men. From toilet queues to crash test dummies, the journalist and activist sheds light on the alarming ways that systemic discrimination against women occurs today.

Women having to queue for public toilets is just one of the examples of gender bias that writer and campaigner Caroline Criado Perez uses to illustrate how everyday design continues to ignore the needs of women.

Even though a 50/50 division of floor space has been formalised in plumbing codes, Criado Perez says if a male bathroom has cubicles and urinals then the number of people who can relieve themselves is far higher per square foot than in a female bathroom.

The author also points out reasons why women take up to 2.3 times longer to use the toilet – such as the fact that between 20 and 25 per cent of women are of childbearing age, so might need to change a tampon or sanitary pad.

Criado Perez also indicates that pregnant women may need to make more frequent trips to the bathroom and that women are more likely to be accompanied by children, as well as disabled and older people.

Although the idea of longer toilet queues is frustrating for women, it could still be seen as being an inconvenience. More worrying are Criado Perez's findings that have life-threatening implications for women.

Women are routinely forced to queue for toilets due to a lack of adequate facilities | Image: Alamy 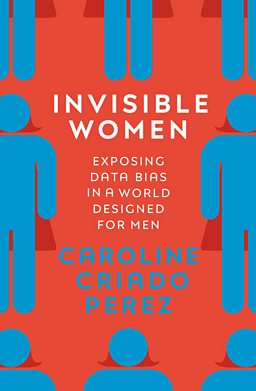 Whilst researching crash test dummies, Criado Perez found that the model most commonly used by the automotive industry was based around the 50th percentile male – meaning that it is too heavy, too tall and has the wrong muscle distribution in order to provide any proper information on how crashes affect female drivers and passengers.

"A female dummy has been designed, but it’s basically just a scaled-down male version and it’s not even used in the vast majority of regulatory tests anyway. In the EU, the only test done with the female dummy is in the passenger seat, so there’s just not any data on whether or not female drivers are safe."

Criado Perez also highlights major issues with car design affecting pregnant women, such as the fact that 62 per cent of third-trimester mothers are not able to fit into standard seat belts. 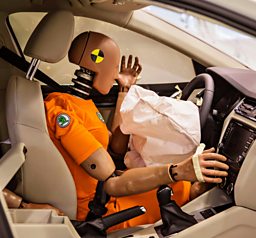 Criado Perez also voices her concern over data suggesting that the needs of women are routinely ignored in the world of medicine.

Dosages on packs of medication are not gender-specific, meaning there is a risk women may be taking more of a drug than is safe.

The reason for this, claims Criado Perez, is that the medical world sees women as being 'too complicated' to measure due to their menstrual cycles.

She says: "You have to test at different points during the month and lots of researchers use this as an excuse – that it’d be too expensive.

"But the reality is that [women] are going to be taking these drugs and those drugs are going to interact with the menstrual cycle. You’re going to have to deal with that, you can’t just exclude women."

The question of why so many men don't see a gender data gap is something Criado Perez believes is a case of "if you don’t experience it you don’t know about it."

Sheryl Sandberg helped introduce parking spaces for expectant mothers at Google after struggling to walk across the company's huge car park whilst pregnant with her first child, with Criado Perez using this example to show that gender bias is not a purely male issue.

Criado Perez says: "The fact that [Sandberg and Google co-founder Sergey Brin] hadn’t thought about it just really exemplifies the whole point – you need to have diversity of representation in positions of power so that everyone else can benefit from the experiences that we all share."

Caroline Criado Perez talks to Anita Anand at the Hay Festival on Sunday 2 June at 16:00. Invisible Women: Exposing Data Bias in a World Designed for Men is published by Chatto & Windus.