Celebrating Audio Drama in the UK

The BBC Audio Drama Awards celebrate the range, originality and cut-through quality of audio drama on air and online and give recognition to the creativity of actors, writers, directors, producers, sound designers and all who work in this genre. 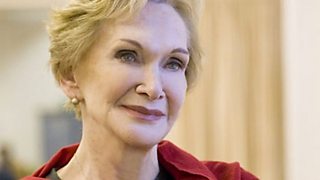 This year, we aim to showcase winning entries by streaming them on the Awards website for 30 days after the Awards ceremony.

1. The BBC Audio Drama Awards will cover audio dramas first broadcast in English in the UK between 1 October 2017 and 31 October 2018 or first uploaded/published/released for free listening online in the UK during the same period. Productions may be entered from anywhere in the world subject to these criteria. In addition, the Best European Audio Drama welcomes dramas in other languages than English.

2. Entries must be made in the name of individuals (producers, directors or senior executives) and not companies, with the exception of entries for Best Podcast and Best European Audio Drama.

4. No production may be entered into more than three categories.

5. There is no restriction in length but the judges reserve the right only to listen to part of an entry.

6. Entries must be submitted exactly as broadcast or uploaded.

7. Entry forms should be emailed to: audiodramaawards@bbc.co.uk

8. The closing date for electronic submissions is midnight on Sunday 7 October 2018 with no extensions

9. In addition to the emailed form, send the audio of each entry in MP3 format only, via WeTransfer or other cloud storage site, to audiodramaawards@bbc.co.uk The filename of each entry should be labelled with the title of the production and award category. Please do not send audio directly as an email attachment.

11. The Best Original Series or Serial Award is for original dramas only and does not include adaptations from other sources. Please submit the audio of one episode only although where an omnibus edition exists, this may represent the production.

12. For Best Adaptation please identify the original source material in the statement supporting entry. Adaptations may be single or serialised dramas with the same episode limit as in rule 11. Unperformed stageplays will not be accepted in this category.

13. Entries for Best Debut Performance are for first professional audio engagements only, regardless of experience in other media.

15. The Best Podcast or Online category recognises quality work which has first been made available on other platforms accessible from within the UK (e.g. downloads, streaming, commercial productions). Entries must be original full-cast dramas or comedies, and commercial releases are eligible for this category only. Single voice readings are not eligible. Four entries per production company – not individual – may be entered for this category.

16. Entries for Best European Drama must be accompanied with an accurate English translation of the script with parallel text to the original language, emailed in a Word document. There is a limit of one entry only per broadcasting organisation. Europe is defined as those countries with affiliation to the European Broadcasting Union.

A number of panels will listen to the submissions and choose winners for each category. The judges will come from the BBC and elsewhere.

The following awards recognise the combined skill of the whole production team: Single Drama, Series or Serial, both Scripted Comedy awards, Podcast or Online and European Audio Drama. Best Adaptation recognises the writer’s craft, along with the Imison and Tinniswood Awards. The awards for Director, Actor, Actress, Debut Performance and Use of Sound recognise the relevant individuals.

The winners will be announced at a ceremony in the Radio Theatre at BBC Broadcasting House London on the evening of Sunday 3 February 2019. Three invitations will be allocated for each finalist entry.

The Imison and Tinniswood Awards (judged and administered by the Society of Authors and the Writers’ Guild of Great Britain) will also be announced at the ceremony.