Beetles are at the heart of many ways we take inspiration from nature. Here are some examples.

Beetles make up roughly one quarter of all known living species on the planet. That's about 400,000 species.

The fogstand beetle lives in the Namib Desert, where the average rainfall is 14mm a year and survives by drinking the mist condensing on its wing cases.

Gold and silver scarab jewel beetles live in one of the wettest places on the planet, the cloud forests of Central America.

Gold and silver beetles. © The Trustees of NHM, London

The metallic effect that some beetles achieve is produced by transparent polymers, which are a physical structure rather than a pigment. This means the colour does not fade, which is of huge interest to developers of car paint and cosmetics.

John. Paul, George and Ringo were big fans of Buddy Holly and the Crickets and wanted an insect name but also one that reflected beat music. After considering the Silver Beatles, the band eventually plumped for The Beatles.

Ladybirds are beetles. In folklore, the ladybird is seen as Our Lady's Bird - an intercessor between mankind and the Virgin Mary. The red was thought to signify the blood of Christ and the seven spots represented the seven joys and the seven sorrows of Mary. 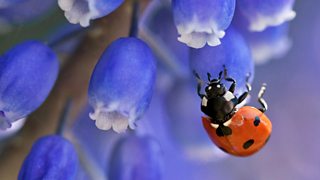 The Egyptians made sense of the rising and setting of the sun by attributing it to a scarab beetle, or dung beetle, rolling away the sun, as they had seen the dung beetle roll balls of dung. From that image came Kepri, the scarab-headed God.

Mexicans wore live, decorated Megazopherus beetles. This species has thick, fused wing cases and can only crawl which meant the animals could be attached to a lapel by a chain to become mobile insect brooches.

Meet the Makech, the Bedazzled Beetles Worn as Living Jewelry

Scientists have recorded bark beetle stress chirps and played them back into trees to disrupt and deter other bark beetles. 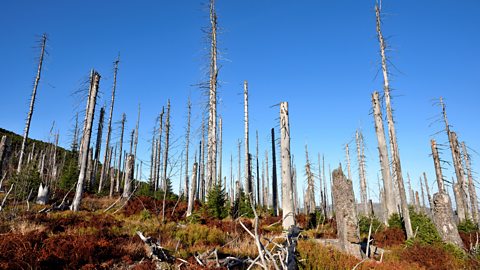 Scientists are trying to developing an artificial beetle to capitalise on its tiny size and huge capabilities. Its ability to fly, crawl, navigate and withstand extreme temperatures would make it useful in natural disasters or even for exploring other planets.