Seven song lyrics to use in conversation today

It’s the 60th anniversary of My Fair Lady, which contains some of the sharpest and most beautifully-honed lyrics in musicals. Clarke Peters explores The Art of the Lyricist describing the fastidious crafting of lyrics, agonising for 12 hours over one line and, like Alan Lerner, wearing gloves while writing to prevent himself gnawing his fingernails clean off.

The best song lyrics so perfectly sum up a universal experience that they jump from the score and become part of the language, used by everyone. Here are our favourites, but we warn you, we’re not taking responsibility for any resulting earworms...

Noel Coward performing on the BBC Forces Programme in 1943

Any stage-struck child will immediately conjure up these crisply dismissive Noel Coward words: “Don’t put your daughter on the stage, Mrs. Worthington”. “Admitting the fact / She’s burning to act / That isn’t QUITE enough”.

Alexei Sayle’s brilliant, fake-Cockney: “Ullo John! Gotta new mo-TOR?” has become indispensable for tabloid headline writers. Sayle himself wrote the lyrics and said: "It is a really good song! Original, tuneful and the only top 20 record to mention tropical fish and Peckham."

Composer and lyricist Stephen Sondheim in 2010

Stephen Sondheim wrote Everything’s Coming up Roses for the Broadway musical Gypsy. Originally sung by the fabulously brassy Ethel Merman, it became one of her signature numbers. It’s no surprise that the phrase has passed into common usage, Sondheim deliberately wanted to create a line that sounded as if it had been used for years.

4. Money Makes the World go Round

This was a line from the song Money in the 1972 film Cabaret, lyrics by Fred Ebb and sung by a heavily eyelashed Liza Minnelli.

5. One More for the Road

Francis Albert "Frank" Sinatra, one of the greats of 20th Century music

Anyone who’s sat, heartbroken, in a bar, will relate to this one. Famously sung by Frank Sinatra in One for My Baby in the musical The Sky’s the Limit, the phrase was written by Johnny Mercer. The composer Harold Arlen described One for My Baby as a ‘tapeworm’, musical slang for a song that was longer than 32 bars. 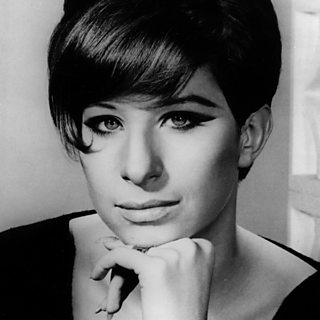 A young Barbra Streisand in 1964

We’ve all used this one. It comes from a song called Home James and Don’t Spare the Horses, sung originally in 1934 by Elsie Carlisle and the Mayfair Hotel Orchestra. No lyricist is credited, but some say it was something Queen Victoria said!

Bob Merrill wrote this one, for Funny Girl, starring Barbra Streisand, in 1964, and it means “don’t bring me down”. It’s been sung by everyone from Diana Ross and the Supremes to Lea Michele in Glee, Lois Griffin in Family Guy, and Robin Williams dressed as Streisand in Mrs. Doubtfire.

Even those of us who are happy to da-dah-dah our way through our favourite songs, occasionally coming in with the right word at the right moment, will still be affected by lyrics. After all, what better way is there to tell you’re in love other than suddenly realising that every lyric to every love song is about you? Ready? All together now... “I’m getting married in the morning, ding dong the bells are going to chime...”