It's a Wide World - GOLD WINNER 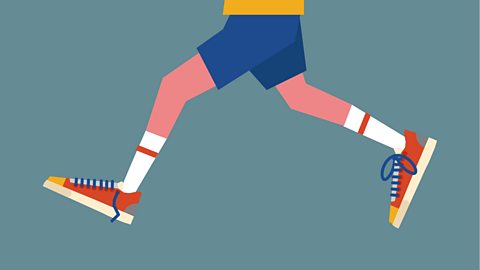 It's a Wide World

Read by Rhiannon Neads from the BBC Radio Drama Company.

Midnight. I look out of my grimy window onto darkness; the fog has lifted and I know that this is my time. I slip on a pair of battered old trainers passed down through generations, they are full of holes and too small but I don’t care. I open our giant front door and breathe in the glorious fresh air. I run and the adrenalin hits me. Sweat trickles down my face; I know I should turn back but this is my guilty secret. I sprint directionless through damp meadows, grass up to my waist as no human has set foot here in decades; if anyone knew I’d be arrested. I race home, exhilarated. No one has seen me as no one ever leaves their computerized houses anymore. Everyone is overweight and terrified of stepping outside the world of the internet. The Government uses weight to control society, like puppeteers pulling the strings of their obese, obedient dolls. Everyone except me; no one has ever seen me sprinting through the fields because no one ever looks past their screens, but tonight I feel like someone is watching me...

Jonathon sat in the middle of his lifeless bedroom with his laptop on his knees. His face was pale and dark circles sat beneath his eyes. Once again, he was up late, hacking into the Government’s satellite; a triumphant smile stretched across his face. He scrolled over England and zoomed in on his local area, feeling like he had a VIP pass into everyone’s lives; their soulless faces locked onto computer screens made him feel miserable. Jonathon needed some excitement. He decided to shift to the countryside, remembering with trepidation the frightening stories he’d read online about this mysterious place. His speakers began to play a relaxing sound: the wind in the trees. He was drifting off to sleep when he saw movement and jolted. A figure, moving swiftly. Tall and thin like a character from one of those vintage DS games. A ghost? No, a living, breathing, running girl!

Jonathon watched, fascinated. He began to want this strange world of freedom and movement. He felt his heart thud against his chest. He felt the muscles in his legs ache. He knew he should report her but he’d be arrested for hacking into their satellite. His mind repeated the words he sees every morning when he logs-on to school:

His conscience fought with his instincts. He’d trusted the government but now they seemed to have become evil. The report button was just a couple of centimetres from his little finger; if he pressed it her freedom would disappear along with his laptop…

When I arrive home from my run, I’m exhausted. I flop onto my bed and breathe sighs of relief, just like I always do when I make it back home and know I've not been spotted. I log-on to my laptop to find one new e-mail. It reads: