With Black Panther smashing box office records and Moonlight and Get Out conquering the Oscars, contemporary black filmmakers and actors have reached heights out of reach to their predecessors. BBC Two's new three-part series Black Hollywood: 'They've Gotta Have Us' celebrates those who paved the way for the current generation of talent.

Hattie McDaniel was lauded for her performance as Mammy, Scarlett O'Hara's maid, in the 1939 epic Gone with the Wind, becoming the first black performer to win an Oscar.

When she picked up her Best Actress in a Supporting Role award in 1940, she was the only black person in the room. She rejected the speech that had been written for her and instead gave an emotional address of her own.

Among her remarks she said: "I sincerely hope I shall always be a credit to my race and to the motion picture industry. My heart is too full to tell you just how I feel."

But some within the black community, like the National Association for the Advancement of Colored People (NAACP), criticised McDaniel for performing roles which perpetuated negative stereotypes.

She rejected such criticism though. McDaniel wrote in 1947: "I have been told that I have kept alive the stereotype of the Negro servant in the minds of theatre-goers. I believe my critics think the public more naïve than it actually is.

"As I pointed out to Fredi Washington, 'Arthur Treacher is indelibly stamped as a Hollywood butler, but I am sure no one would go to his home and expect him to meet them at the door with a napkin across his arm'."

Vivien Leigh and Hattie McDaniel both won Oscars for Gone with the Wind | Image: Photo 12 / Alamy

Harry Belafonte was one of the first black actors to appear as a love interest for a white character, in 1957's Islands of the Sun.

But he had to do this while following the rules of the Motion Picture Production Code, better known as the Hays Code, which forbade 'sex relationships between the white and black races'.

I put my lips where hers had been. For anyone who followed it carefully enough, the scene would have a passionate climax
Harry Belafonte

Belafonte and his white co-star Joan Fontaine were stopped from doing anything beyond holding hands and dancing. Together they concocted a way to introduce a subtle level of intimacy into a scene where he cut open a coconut with a machete for her to drink.

He wrote in his autobiography: "What I did the next day was hand it to her and watch, intensely as she drank. Then I took it back, my eyes on the place where she'd put her lips.

"Slowly and deliberately, I put my lips where hers had been. Then I took the sip that consummated the moment. For anyone who followed it carefully enough, the scene would have, in its own way, a passionate climax." 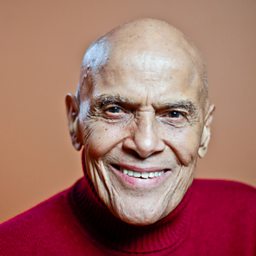 Relationships could be explored more fully when both actors were of the same race.

In 1954 Belafonte played the lead male role alongside Dorothy Dandridge in an adaption of the musical Carmen Jones with an all-black cast.

He said: "Dorothy and I were constantly in search of ways to do things that people had never done before, like two very attractive people kissing who were people of colour."

Belafonte believes that the film faced greater pressures that productions with white casts. He said: "Because of the issue of race we were not given the time to do it that other films would have been given under the circumstances.

"Otto Preminger shot that picture - a huge colour CinemaScope, big screen – he did that in 10 days. We could barely get the lines right before it was a take. We were lucky it came off as well as it did. The film was a huge success."

Against the backdrop of the US Civil Rights movement, Sidney Poitier rose to become one of the most celebrated actors in the world. Writer and producer Nelson George was among those who looked up to Poitier.

He became the noble black man, the above reproach black man
Nelson George

"And the fact that he was a box office success when there was de facto segregation, not just in the south but in many places in the north, was remarkable.

"He represented the best aspirations of America at that time."

Poitier won the Best Actor Oscar for Lilies of the Field in 1964, the first black actor to do so. But being the first crossover star was not without its problems.

George said: "There was something about being that guy that actually was a straitjacket. He became the noble black man, the above reproach black man. That is both a role that didn't exist until he created it but it meant that the burden of representation fell so heavily on him.

"But I needed that straitjacket, I needed to see that guy and he's been a part of my DNA ever since."

Although it was made in 1974, during the height of the Blaxploitation era – where actors like Richard Rowntree and Pam Grier were cast in leading action roles in films like Shaft and Foxy Brown – Claudine was a very different type of film.

To have a film made, written, pulled together for a black woman - never had I heard of that, ever
Diahann Carroll

It was a unique opportunity for its star Diahann Carroll, who became only the fourth black woman to be nominated for the Best Actress Oscar for her portrayal of a single mother bringing up six children on welfare (social security).

Carroll said: "To have a film made, written, pulled together for a black woman - never had I heard of that, ever."

Writer and producer Nelson George recognised his own childhood in the film.

He said: "It's one of the rare times you see working class black people's relationships. My father and mother separated when I was young. There were welfare mothers all around me. I think the visual aesthetic was probably nicer than the reality of it." 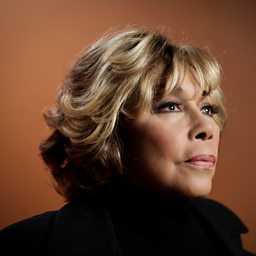 In the 1980s Eddie Murphy became a crossover star to rival Sidney Poitier, according to Nelson George. George said: "Murphy embodied a new generation of confidence and assertion. He's always going to figure out what to do next, he's always going to have the funny one-liner.

What we're looking for is an Eddie Murphy type
Casting director

"In most of his films he's in a white context, which in some ways is more radical because he was always Eddie Murphy in control of a scene in every one of his movies."

But Murphy's success impacted on other black male actors, as Robert Townsend reflected on in 1987's Hollywood Shuffle, a satire on the typecasting challenges he faced when going for auditions in Hollywood.

In the film, Townsend's character goes on to impersonate Murphy to try to win a role. Murphy took no offence though, hiring Townsend to direct Raw, Murphy's 1987 stand-up special that became the highest grossing concert film of all time.

Nelson George argues that from the opening credits, 1989's Do the Right Thing is a prime example of Spike Lee's unique cinematic vision. He said: "Hearing Public Enemy through the big speakers in the movie theatre sounded incredible.

"The fusion of the music and the movement and the message, you'd never seen it before. When Chuck D goes 'Elvis was a hero to most but he never meant shit to me' that articulated a million black voices.

The fusion of the music and the movement and the message, you'd never seen it before
Nelson George

"That dance is very much something that is a Spike conception, this boxing, battling dance style. But only someone with the fierceness of Rosie Perez can bring that home. Those credits are indelible. The movie itself had to be very good to come behind that."

Indeed, the film was much more than just a soundtrack, exploring the irony of how black culture could be revered by white Americans who looked down on the black Americans who created it.

Director John Singleton credits Do the Right Thing as being a pivotal moment in his career. He said: "As a film student watching that movie I was like, 'Wow, this how you make a film and imbue it with a lot of soul and culture.' I went that day and got a notebook and started writing Boyz in the Hood'.

"I call myself the first hip hop generation director. My vibe and my movies are very hip hop, very in your face, very unapologetically black. And I was trying to bring that kind of idiom and that of thematic to film. I wanted my film to be like a Marvin Gaye record, where you listen to it over and over again and still feel the depth of emotion to it."

Nelson George says fatherhood is a recurring theme in films like Juice as well as Boyz in the Hood.

He said: "Furious Styles [played by Laurence Fishburne] is the father that we all kind of wanted. He's strong, he'll help you comb your hair, he'll give you good advice, he's very manly. All these things that several generations of black folks didn't have. He brought a kind of black masculinity that they wanted to see." 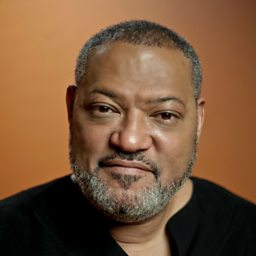 Denzel Washington took on the role of black activist Malcolm X in the 1992 film of the same name. For Ernest Dickerson, cinematographer on the film, this was an incredibly important opportunity for all involved.

He said: "You had to get it just right. At that time, most people didn't know who Malcolm was. There was so much disinformation over the years since his death about who Malcolm was and what he represented.

"The main thing we wanted to do was tell people who he was, to show them that his life was a journey."

Spike Lee was not a universally popular choice as director.

Dickinson said: "A lot of people wanted us to fail. Warner Brothers was not that supportive of the film. They would have been much happier with a 90-minute movie.

"They were going to give Norman Jewison $100 million to do the film. But they really cut back the budget when Spike got it. Spike was getting funding sources from other places.

Debbie Allen might not appear on screen in 1997's Amistad, but as a producer she was instrumental in bringing the real-life story of the 19th Century slave rebellion to the big screen.

Allen was best known in the entertainment industry for her role as teacher Debbie in the hit TV series Fame. But after she came across a book about the Amistad in 1978 she was determined to bring the story to a wider audience.

When I came in talking about Amistad they were like, 'Huh? Is it a musical?' Is there a dance number in it?'
Debbie Allen

She said: "When I came in talking about Amistad they were like, 'Huh? Is it a musical? Is there a dance number in it?'"

It was only when her children began going to the same school as Steven Spielberg's children that she got a chance to speak to someone who understood the potential of the story.

After receiving criticism for directing The Color Purple, Spielberg was reluctant to direct the film, and Allen had to persuade him to take it on.

She said: "He told me about the tough time he had as a white man directing The Color Purple. I grabbed his hand and promised, 'That was then. This is now.

"I'm here with you. I'll be with you every step of the way. We're going to set the record straight. You and I together.' "

Black Hollywood: 'They've Gotta Have Us' begins on BBC Two at 9pm on Saturday 13 October, with episodes two and three following on 20 and 27 October. Episodes will be available on BBC iPlayer after transmission. 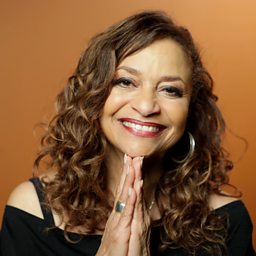 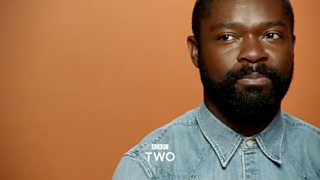