In Word of Mouth, Michael Rosen and guests point the microscope at the language of science, from the florid writings of the 17th century to modernist poetry and school experiments.

One thing is for sure, the lexicon of science is full of delightfully unusual names and phrases. Here are 14 weird and wonderful words from the world of physics, biology and chemistry. Eureka! 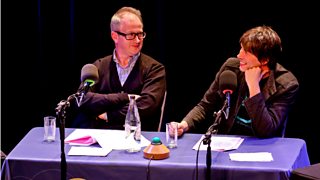 Brian Cox, Robin Ince, comedian Rufus Hound, Professor Alice Roberts and Dr Adam Rutherford discuss why the modern world is geared to fearing failure and why this is wrong.

Ba is a genus of land snail, named after the Ba District in Fiji. The American malacologist (someone who studies... molluscs) behind the title obviously had a sense of humour: he then named a species of snail within the mollusc family Ba humbugi, a nod to fictional miser Ebenezer Scrooge’s famous catchphrase. 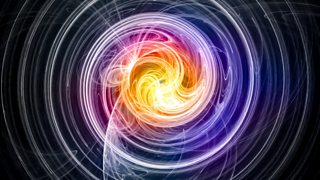 If you’re prone to tummy rumbles and a growling gut then this is one for you. A borborygmus is a grumbling or gurgling noise made by fluid and gas moving in the intestines.

A gluon is a hypothetical, neutral, massless, subatomic particle believed to transmit the force that binds quarks (elementary particles) together in a hadron (a composite particle made of two or more quarks). In other words, it “glues” them together.

That feeling of numbness when an arm or leg has “gone to sleep” – is scientifically known as obdormition. Who knew? While we’re on the matter, the “pins and needles” you feel when the limb comes back to life is officially termed paresthesia.

You may be disappointed to hear that this doesn’t have anything to do with musical felines. It’s the science of reflected sounds. In other words, echoes.

We know them as goose bumps, but your hairs standing up on end due to the cold, a scary story or the theme song to Titanic is scientifically known by another moniker. If you watch a horror film you may experience horripilation.

Kwashiorkor sounds more like the name of a comic book character than a disease, but it’s actually a severe form of malnutrition, caused by a lack of protein and essential nutrients.

The unpleasant condition, which is most common in children in developing countries, causes swelling under the skin.

What could be more atmospheric than the word abyssal? This term describes the deepest, darkest, watery depths of our oceans – anything between 3000 and 6000m down.

The atomic structure of glass explained 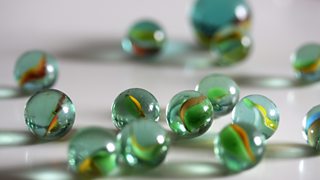 All you need is some marbles, a biscuit tin and Paul McMillan, a Professor of Chemistry at UCL.

Zoosemiotics is a term used for the study of animal communication. We’re not talking texts or phone calls, but the signs used between creatures. 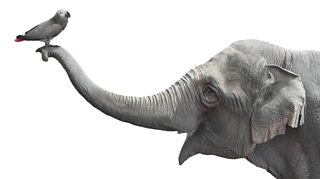 An otorhinolaryngologist isn’t a doctor who specialises in angsty rhinos, as the name might suggest, but one who deals with all conditions ear, nose and throat related. And it’s quite a mouthful.

Have you ever tried and failed to describe that not altogether unpleasant aroma that often accompanies the first rain after a long dry spell? Well, believe it or not, there’s actually a word for it. The word petrichor describes this distinctive smell, which is thought to be caused by oils that are released into the soil by plants during dry weather.

Krypton isn’t just Superman’s fictional home planet. It’s also a real chemical element – a gas that occurs in trace amounts in our atmosphere. Its name comes from the Ancient Greek for “hidden one” – because Krypton is colourless, odourless and tasteless.

The region surrounding a planet in which charged particles are controlled by the planet's magnetic field is known as the magnetosphere. The magnetopause is the outer boundary of this area, where magnetosphere meets interplanetary space!

We started on snails, so we’ll end on snails… There is a category of small sea snails called Bittium. So, what did scientists name a genus of even tinier marine gastropod molluscs? Ittibittium of course.

More fun with words on Radio 4