The Late Junction Albums of 2016

As the curtain closes on 2016, the Late Junction presenters and producers gathered at Radio 3 HQ for several hours of vigorous debate and discussion about the rich musical pickings the year has offered... 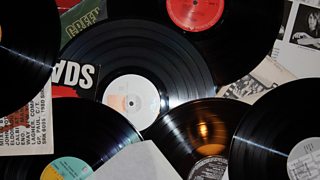 Here's the shortlist of our discussions: the 12 best albums we've encountered during the past year – albums which demonstrate just how intently musicians have been listening, in 2016, both to each other and to the world. These 12 best albums deliver music which, during a turbulent 2016, is infused with grit, noise and anger, as well as delicacy, beauty, transcendence, and total commitment. Join Verity Sharp for a special episode of Late Junction on Wednesday 28 December featuring music from all 12 selections.

Carlo Mombelli – I Press My Spine To The Ground

A solo album from the Norwegian guitarist and (now) singer, filled with noise and
melody, damage and defeat. Westerhus himself describes it as “music in a cracked
mirror”.

Idris Ackamoor & The Pyramids – We Be All Africans

(release date: 27 May on Strut Records)

A spiritual jazz odyssey, 40 years on from the break-up of the original Pyramids. Idris Ackamoor has recorded a Late Junction collaboration session with London rapper Kojey Radical, to be broadcast early 2017.

(release date: 1 July on Another Timbre) 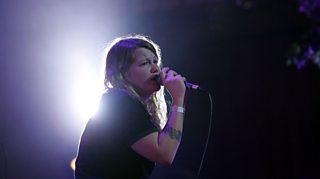 Performance poet Tempest reunited with producer Dan Carey to follow up her Mercury-nominated debut "Everybody Down" with this, a funny and angry concept album about the alienated lives of residents on one South London street.

Debut album from the percussionist and producer, fusing traditional folk music of the Sidi community in India with jazz and electronics. Korwar played live for Late Junction at the Southbank Centre in October.

The first release of Julius Eastman’s Femenine, and also the work’s only known recording, documenting a 1974 performance by the S.E.M. Ensemble (with the composer on piano) which has lain unheard for decades. 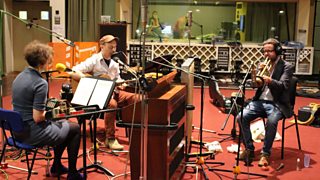 The most atmospheric release yet from prolific Norwegian artist Jenny Hval – an investigation of menstrual blood. The album is also highly influenced by 1970s horror films, and Virginia Woolf.

Fourth and best album yet from Canadian Inuk musician, inspired by climate change and environmental devastation, and featuring a Nirvana cover and a collaboration with the rapper Shad.

Invigorating and mesmerising pieces for fiddle and recorder, exploring the spaces between ancient and experimental. In March Cannell also played a wonderful Late Junction session with Rhodri Davies.

A Tribe Called Quest – We got it from Here... Thank You 4 Your service

You can join Verity Sharp as she showcases music from each of our 12 albums of the year in a special episode of Late Junction on Wednesday 28 December on Radio 3, or listen again online.