Should I take HRT? 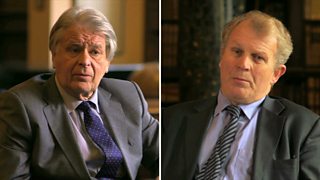 When women go through the menopause, the levels of hormones such as progesterone and oestrogen drop, and they often experience a range of symptoms ranging from hot flushes to depression. HRT consists of pills containing one or both of these hormones and aims to relieve the immediate symptoms of the menopause. But many women take HRT for several years, even decades, and experts disagree on whether this carries risks or benefits.

Professor Klim McPherson of the University of Oxford was an author on a study 10 years ago which raised the prospect of long-term HRT raising risks. He stands by this and subsequent work and believes that although HRT has important short-term benefits to women suffering the symptoms of menopause, and that it can also dramatically reduce osteoporosis, that long-term use of it increases the risk of heart disease and breast cancer. He advises women to take HRT for as short a time as possible, simply to relieve their menopausal symptoms.

Professor John Studd is a consultant gynaecologist, and he passionately argues the opposite. He believes that the Oxford research group and a group in America who claimed to find similar increased risks from HRT are mistaken in their analysis of the data. By contrast, he believes that data shows that HRT can actually reduce the risk of heart disease and related conditions and that any effects increasing the rates of breast cancer are minor. He would encourage women to take HRT long term as a form of preventative medicine. Professor John Studd now works entirely in private practice, specialising in HRT-based treatments.

The two main studies they discuss are the Oxford ‘Million Women Study’ and the Women’s Health Initiative (WHI) study in the US.