Civilisations Festival - How to get involved

Welcome to the Civilisations Festival: an exciting partnership between museums, galleries, libraries and archives and the BBC to coincide with the broadcast of BBC Arts' Civilisations series in Spring 2018. The Festival - from Friday 2 March to Sunday 11 March - will be a showcase of ideas and events designed to engage a culturally curious audience. Here you can find out how your organisation or institution can get involved with the innovative and diverse activities on offer.

Civilisations will be presented by David Olusoga, Mary Beard and Simon Schama

It is now nearly half a century since Kenneth Clark’s series Civilisation thrilled audiences with its authoritative interpretation of the glories of Western art. Inspired by that groundbreaking programme, the new series of Civilisations on BBC Two will introduce a new generation to the great masterworks of beauty, ingenuity and illumination created across the continents. The series will also be examining the questions of what makes a civilisation, and asking how different ideas of civilisations have reinforced different cultural ideas and values.

I’m excited about the Civilisations partnership because it represents a rare opportunity for museums of all kinds and at all scales to engage with the BBC at the local and national level, and to reach greater audiences
Dr Nick Merriman, Director Manchester Museum & Interim Director The Whitworth

The Civilisations Festival will run alongside the series in Spring 2018. We are inviting museums, galleries and libraries to schedule events to spark debate, broaden understanding and share ideas about what is meant by the term civilisation.

We are working closely with all corners of the BBC to tell the stories from these events and local radio in particular will play an important role in bringing those to their audiences. We are also partnering with Culture24 which will list these events on Museum Crush.

The content of the events is up to your organisation. It could be a debate or a keynote speech, a performance or a hands-on workshop using an item from your collection as the starting point.

The date of the festival is from Friday 2 March to Sunday 11 March. Sign up as a Civilisations Festival Partner here.

Once an organisation becomes a Civilisations Festival Partner it will have access to branding, subject to terms and conditions, and receive regular newsletters with updates on the latest about the festival.

The Festival aims to engage as broad an audience as possible and it's hoped that museums, galleries, libraries and archives could emerge as the place where the question of identity and civilisation is asked in 2018.

Working with the BBC's Research and Development department we want to experiment with digital technology to find new ways of telling stories and engaging audiences. We are offering organisations the opportunity to use innovative, newly developed tools and test them on the BBC's Taster platform, designed to push new digital boundaries.

An augmented reality (AR) app is being developed by the BBC which will allow audiences to explore items from your collections using their smartphones and tablets. We would like your help in suggesting what should be included.

The museums will need to create digital versions of the artifacts with support from partners across the sector and the BBC. There will also need to be supporting information and documentation that can contextualise each item. These will then be curated within the app, around themes for example, with the ability to view in a real-world setting e.g. putting cave drawings on a wall at home allowing the audience to explore, discover and learn more.

Other digital opportunities on offer from BBC Research & Development will include interactive 360 video tools, low cost live video broadcasting and personalised content linked to the Festival partnership. These will be available from a R&D Toolkit which will be available from Sept. You can explore examples of R&D's work at bbc.co.uk/rd or bbc.co.uk/taster.

If your organisation is interested in being involved please sign up as a Civilisations Festival Partner here. 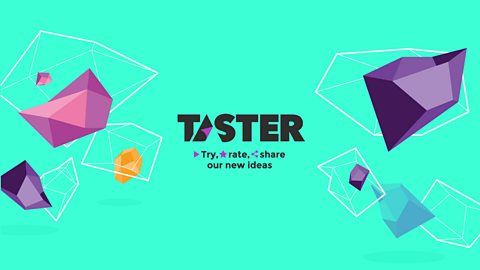 The BBC's home of new ideas

Civilisations will explore the visual culture of societies from around the globe, revealing alongside the magnificent objects made in the West the wealth of treasures created by other cultures, from the landscape scrolls of classical China and the sculpture of the Olmecs to African bronzes, Japanese prints and Mughal miniatures.

It is being shot around the globe, filming in Europe, Asia, Africa and the Americas. We are now looking to commission a further episode of Civilisations which would be editorially shaped by the museum sector in Britain, and featuring material from the collections here in the UK. The project is currently under development.

Check back here for further updates. We’ll also let you know when we have more details in our regular newsletters. Sign up as a Civilisations Festival Partner here.

The BBC wants to open up its enormous archive to partners in the project for use in events or in the stories they want to tell as part of the Festival. Significant progress has been made in making the archive more searchable in recent years so, rights permitting, we would invite partners to rummage through what we have to see what might be useful. We’d like to know the partners who might be interested, in order to develop the best way of how to make it happen.

If your organisation is interested in using BBC archive please sign up as a Civilisations Festival Partner here.