Are we running out of sand?

When most of us think of sand, we immediately think of sunny beaches and summer holidays. But actually it’s in pretty much everything that surrounds us in our everyday lives. From the walls of our homes to the glass bottles in our kitchens, the mobile phones in our hands and even the tyres on our cars.

Sand is the second most used resource in the world after water: it accounts for more than two thirds of everything that’s being dug out of the ground. And there isn’t a limitless supply. In fact, the UN says we might be running out. 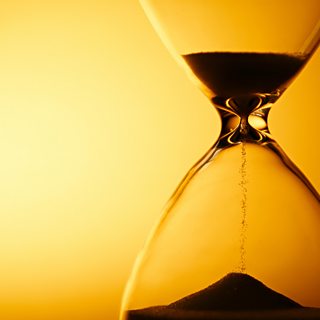 Is time running out for sand?

Here are five reasons to worry about how much sand we use:

1. We're using it more quickly than it's being replenished

Sand can take tens of thousands of years to form: the process starts with rock being eroded in the mountains and ends, eventually, with sandy sediment being deposited in riverbeds, on beaches and on the seafloor. But we're using it at a rate that far exceeds its renewal.

Sand is literally the foundation of our society. Almost everything we build in the modern world has a concrete foundation and you cannot make concrete without sand. We use an estimated 15 billion tonnes of sand every year in the construction industry alone. That's enough to build a 20m x 20m wall around the equator every year.

As well as the construction industry, sand is used for land reclamation: dumping vast quantities of sand into the sea to form new islands. Singapore, for example, is now 20% bigger than it when it became independent in 1965. In Dubai, the palm tree-shaped Palm Jumeirah required 94 million cubic metres of sand to construct it.

Sand is heavy and difficult to transport, so in developing countries, sand is often extracted from the nearest convenient source. Supplies close to rapidly growing cities are highly prized and quite often that means a river bed or beach. But beaches and rivers are delicately balanced ecosystems and when a large amount of sand is removed, the balance is upset.

Although the UK is heavily dependent on offshore sand dredging, extraction only occurs in dormant ecosystems like river mouths from the ice age. These sand deposits are now in the middle of the seabed and mining them has fewer negative effects.

94 million cubic metres of sand were used in the construction of Dubai's Palm Jumeirah.

Fish stocks rely on sand. The food chain in a river starts with the smallest fish – so-called bottom feeders who feed off organic matter on the sand in the riverbed. If this sand is removed, so is the source of food for these small fish. When they disappear, so does the food for the larger fish – those which would have been caught and eaten, or sold, by fishermen.

At Thane Creek in Mumbai, India, a community of fishermen have seen their livelihood disappear and as a result have themselves become sand miners.

As demand for sand outstrips supply, beaches are disappearing and riverbeds are being dredged ever deeper. This reduces the natural protection that sand offers.

Without sand a beach is unable to protect the coastline from the action of waves and chunks of land can be quickly undermined and fall into the sea. Houses and farmland adjacent to the coast are also at increased risk of flooding, which can leave homes and crops ruined.

Riverbeds without sand are much deeper, meaning the banks can be undermined and could collapse. Dredged rivers can change course unexpectedly and are also at increased risk of flooding.

5. It can be criminal

Extracting sand for construction is so lucrative that in some countries it has led to the formation of criminal gangs.

The so-called sand mafia uses violence, intimidation and corruption to ensure they are able to mine sand even in places where it has been outlawed. Cases of armed men threatening locals and taking sand have been reported across the globe, from islands in the Caribbean to Cambodia.

While it's unlikely that we will use up all of the sand in the world, easily accessible sources in rapidly developing countries are already becoming exhausted and we are seeing significant damage to the environment and wildlife. 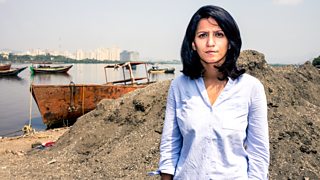 In The End of Sand, Yogita Limaye meets members of the so-called sand mafia in India who are illegally dredging creeks in Mumbai and selling the sand to construction firms on the black market. She also meets people trying to reduce our dependence on sand.

Listen to The End of Sand