Looking at cute animals is good for our health

At the BBC’s request, science writer and entertainer Simon Watt set out to explore the fascinating biology and psychology behind the effect that looking at cute animals has on our brains. But half an hour of image-searching photos of ducklings, puppies, owlets and sugar gliders, gave him pause for thought: ‘I have fallen down a rabbit hole – a cute ickle bunny wabbit hole. I have looked at so many adorable photos that I am starting to wonder if cats are taking over the internet and I have dissolved into a twee mess, compulsively cooing at my computer screen. I feel like my brain has melted to mush.’ A short period of cold turkey later, Simon’s scientist brain is back on: here’s his report. 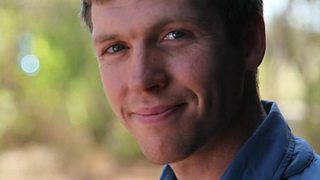 I have been here before. A few months back, I became a father. It is easily the best experience of my life and I have found a caring, soft streak within myself that I did not know I had. I look at my son and I instantly want to give him a hug. I think he is amazing.

Objectively, as a biologist, I know the truth is that the human child is rubbish. All human children are: weak, vulnerable, pathetic little creatures. By contrast, a baby giraffe is up and running on its spindly legs in a matter of hours – it is born fit to flee and escape the many predators that are out to get it. 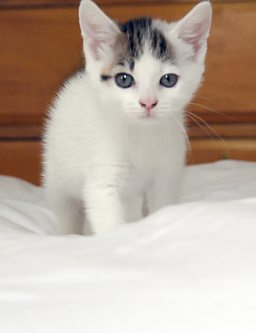 My son is hopeless and, oh my word, how I love him! Compared to other species, human babies are extremely underdeveloped at birth. Some estimate that a pregnant mother would have to carry a baby for 18 to 21 months, instead of the usual nine, for it to have the neurological and cognitive development of a new-born chimpanzee. Our babies are born too early to be independent and so we have evolved as a species to make nurturing them one of our priorities: the human urge to nurture helped our species by ensuring the survival of the vulnerable infant and the passing on of knowledge.

Babies have several features which distinguish them from adults: their eyes are proportionately larger, their faces are more rounded, their noses are smaller, and their bodies are comparatively small and podgy. The behavioural biologist Konrad Lorenz was one of the first people to document these differences and named them the ‘baby schema’. It seems that, when we observe these traits, our maternal and paternal instincts are ramped up. Our brains are so attuned towards nurturing that when we see such features anywhere – even on something as dangerous as a baby tiger – there is a part of us which gets ready for a cuddle. 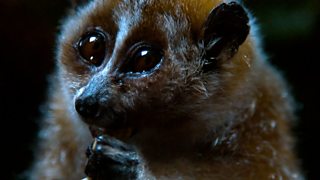 The unmistakable eyes of a Slow loris

There are many species where these infant-like features are even present in the adult form: for example, slow lorises have huge eyes; sloths seem ready-made for a hug; and the fluffy fur of many species is similar to the soft plumpness of a new-born.

An aggressive urge to squeeze something so fragile might at first seem like a dangerous one. However, there is some research to show that not only is it natural but that it may even be a sign of emotional health. Psychologists at Yale University found that people who have extremely positive reactions to images of cute babies also yearned for stronger, more aggressive actions such as wanting to pinch the babies' cheeks. There are many places where, psychologically speaking, our reactions can seem counter-intuitive. We cry tears of joy and laugh nervously. Some scientists think that these secondary, opposing reactions may also serve to temper an initial overwhelming emotion, and so restore equilibrium. Indeed, studies show that people who experience these contradictory feelings tend to reach emotional balance more quickly. I am looking at a photo of a baby polar bear and I have an urge to bite it: in the wild, I doubt if such an action would work out well for me.

A female Polar bear and her cub

There may, though, be a plus side to looking at all these adorable pictures. Some research suggests that spending time looking at photos of fluffy animals can make us more productive. In 2012, researchers at Hiroshima University showed volunteers a series of pictures before asking them to complete a manual task, akin to the board game ‘Operation’, where they had to drop various body pieces into holes without touching the edges. Some of the participants were shown pictures of a tasty snack, while others were shown photos of adult animals and a third group was shown images of infant animals. Those who looked at cute and cuddly photos of baby animals consistently outperformed their peers. Caring for babies not only involves tenderness but also requires careful attention to the babies’ physical and mental states as well as vigilance against possible threats. The scientists who conducted the study think that by tapping into these nurturing instincts, by looking at cute photos, the performance of perceptual and motor tasks is improved. It seems to make sense that looking at a baby would make you less likely to drop it.

An exceptionally cute Pale-throated sloth, one of four living species of Three-toed sloths

It also means that I can count that half-hour ‘research period’ going gooey over pictures of piglets as well worth it. Without it, this article might have taken twice the time to write!

Lucy Cooke investigates the science behind our obsession with all things cute in The Power of Cute.