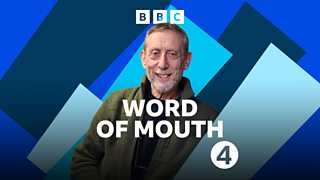 In Britain (perhaps because we get so much of it) we love to talk about the weather. But we’re not the only ones – creative descriptions for wind, rainfall and sunny spells are popular all around the world.

On Word of Mouth, Michael Rosen is joined by lexicographer Harry Campbell, who compiled a Compendium of Weather, to explore the various ways we describe the climate, from snell winds to dreich days and maritime blunks.

Poetic and amusing names for winds

“Winds are tremendously romantic and evocative, perhaps especially the desert winds that cars tend to get named after, or helicopters,” says Harry. For example, there’s the Sirocco, a Mediterranean wind that comes from the Sahara, or the Chinooks in Western North America. 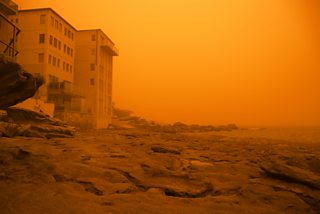 Other particularly poetic names for winds include the Khamsin of North Africa, the Saharan Harmattan or Le Mistral that blows in Southern France (which comes from the Occitan word for “masterly”).

There are a number of winds named with a nod to their supposedly restorative properties. The Cape Doctor in South Africa is a south-easterly wind which is thought to be “in some way healthy or invigorating,” says Harry. And there’s the Freemantle Doctor that blows on the coast of Western Australia and is thought to bring relief from the scorching heat.

We’ve focused on the funny side when naming some of our winds. The Brickfielder is another Australian wind, named so because it blows red dust over Sydney. And there’s a wind in France and Switzerland called La Bise, which means “the kiss.” Cat’s nose is aGerman phenomenon (originally “Katzennase”) that occurs in the Harz region of northern Germany and probably earned its name from the cloud which can form at the front of it, like the nose of a cat. 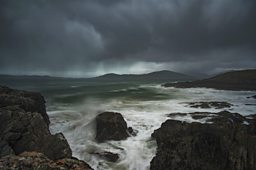 A quaint one to start: a blunk is “a sudden squall that can hit your ship at sea. It just blows up out of nowhere,” says Harry, “and sometimes it can be associated with supernatural forces.” The word is almost onomatopoeic: you get the sense of wet weather hitting the sails with a whack and making the ship tremble.

A Kelsher is a rather obscure word from the South West of England meaning a heavy fall of rain. “You can imagine walking abroad without your umbrella and getting thoroughly kelshed!” says Harry.

In the North East of England, if there’s heavy rain it’s stotting. A “stot” in North East dialect is a stone; the rain is so heavy it sounds like stones falling. There are other languages too that focus on the ferocity of the impact. A lot of Indian languages describe rain that’s like a pestle hitting the ground.

To describe heavy rainfall, we might say it’s raining cats and dogs. No one is sure where the expression came from, though there have been “all sorts of fantastical, desperate attempts” to explain the etymology, says Harry, including the idea that animals used to hide in the thatch of houses and be washed out by the weather. In Welsh it rains knives and forks, and even old women and sticks!

In America it rains like rope, as it does in France (“il pleut des cordes”). In Britain, however, it’s raining stair rods was the visual metaphor that stuck.

If it rains when the sun is shining it is sometimes said that the devil is beating his grandmother. And rain and snow at the same time is a monkey’s wedding! Again, the origins of these phrases have long been lost to the passage of time. 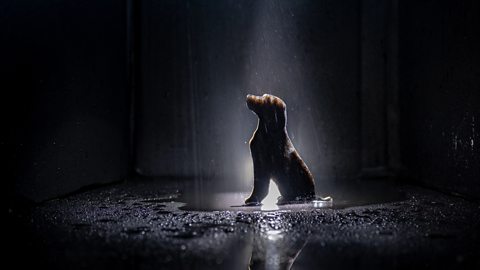 There is certainly no shortage of inclement weather in Scotland, and the Scots have an abundance of words to describe it.

It may not be chucking it down but a dreich day is damp, dreary, bleak and demoralising.

In Edinburgh, the sea fog that they get in the East of Scotland is called a Haar. Some etymologists claim that it has some Old Dutch origins to it, and might be related to a hoar frost.

Snell in Scots means keen or bitter and is used to describe the biting cold. (It’s the same origin as the German “schnell”, meaning fast.)

Dreich is another Scottish term and means misty, moist, wet and grey. It may not be chucking it down but a dreich day is damp, dreary, bleak and demoralising.

Words for before the weather arrives…

Puthery, from North Staffordshire, means humidity before a thunderstorm – much like the word close which we use to describe the weather feeling oppressive.

It’s gone dark over Bill’s mother’s is another popular expression to describe dark clouds that might herald rain. No one can be certain of its origins. “It’s just a mystery,” says Harry, “but what’s interesting is how widespread it still seems to be.”

Using words to predict the weather

Before the days of weather forecasts, people relied on folklore and popular proverbs to help them understand and predict the weather. Many are still in circulation today.

These might seem outdated and unreliable, but there could be something in it. “I did talk to a friend of mine who’s a proper meteorologist and he says that we shouldn’t be too cynical about these sorts of rhymes,” says Harry. “It’s quite possible that there is some distilled wisdom in them even though it maybe only applies in certain specific ways or in certain locales.”

In Hull, mafted means really warm, and nithered means really cold. “Those are relatively rare in the sense that they are describing the effect that you feel from the weather; not the weather itself but how you are afterwards when you’ve been subjected to it,” says Harry.

Another example is an Irish word for windblown: “When you’ve been out in a wind you come back indoors all foundered,” says Harry.

And finally, a few climate based clichés that we often hear, whatever the weather: 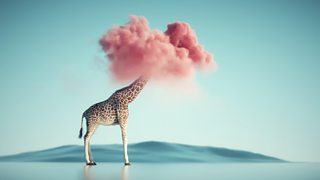 Listen to Word of Mouth: Weather Words. In Britain talking about the weather is a good neutral way to start conversation. Because we have such varying weather conditions (three seasons in one day) there is always something to marvel at or grumble about. Michael Rosen and lexicographer Harry Campbell discuss national and international words and phrases for tthe weather.

A world of words on Radio 4