It’s one of fiction’s great ‘what ifs’ – what if the Nazis had conquered Britain? A new five-part adaptation of Len Deighton’s novel SS-GB imagines just this. WILLIAM COOK talks to the show’s producer about creating a Britain decked in Swastikas and under Hitler's rule.

It’s 1941, the Luftwaffe have defeated the RAF in the Battle of Britain, and Hitler’s Wehrmacht have conquered Southern England. Winston Churchill has been executed, King George VI has been imprisoned in the Tower of London, and Swastika banners adorn the bombed out ruins of Buckingham Palace. Tyranny has triumphed. The Nazis have won.

That’s the fascinating premise of Len Deighton’s counterfactual novel, SS-GB, and now, some forty years since he wrote it, it’s been adapted for TV. As this lavish five part series begins transmission, I spoke to executive producer Sally Woodward Gentle about the challenges of bringing Deighton’s classic thriller to the small screen.

It feels like a very black-and-white, good-versus-evil battle, but what Len paints is something that is far more nuanced
Sally Woodward Gentle

Sally first came across SS-GB back in the mid-1990s, while working with Len Deighton on a Channel 4 documentary called Edward VIII – The Traitor King. Sally became friends with Deighton, and avidly devoured his novels.

“His espionage books are the best, because they’re about real people,” she says. She was especially enthralled by SS-GB, but the plot seemed too complex for a 90 minute movie, and she knew she couldn’t find the money to film it for television.

Yet for dramas like SS-GB, with worldwide appeal, production budgets are now a lot more generous, so, twenty years later, she’s finally been able to turn Deighton’s dark dystopian fantasy into five hours of TV.

“Superficially, it feels like a very black-and-white, good-versus-evil battle, but what Len paints is something that is far more nuanced and subtle,” says Sally.

Deighton’s central character, Detective Superintendent Douglas Archer (brilliantly played by rising star Sam Riley) is neither a goodie nor a baddie, but a jobbing police officer trying to maintain the rule of law in a Metropolitan Police force that’s becoming increasingly contaminated by its new subservience to the SS.

It’s these moral ambiguities which makes this drama so compelling. “Not everybody would have resisted,” argues Sally. “There would be those who would have exploited the situation, and would have grown fat on it.”

The series was filmed in London, where Deighton’s novel is set, but the Big Smoke has changed a lot since the Second World War. “The London of 1940 doesn’t exist anymore.”

CGI (Computer Generated Imagery) was a huge help - not just for adding period detail, but for removing anachronistic elements, like satellite dishes and street furniture. The sensitivity of the subject matter was another headache - actors in Nazi uniform had to wear ponchos between takes.

There were logistical issues too, not least the awful London traffic. “Moving the crew around London was incredibly tough. It’s really expensive! It takes ages!”

Yet despite these practical problems, everything was shot on location, rather than in the studio, often in the actual streets that Deighton wrote about, which gives SS-GB a remarkably strong sense of place.

German invasion stories have always held a powerful appeal in Britain, from postwar films like It Happened Here right back to Edwardian novels such as Erskine Childers’ The Riddle of The Sands. So what’s the attraction?

“I think it’s because we’re an island,” says Sally. “We’re a tiny little island that’s punched above its weight for so long. When is our luck going to run out?”

Counterfactual history is a uniquely seductive genre, and no counterfactual scenario is more intriguing than to wonder what might have happened if Hitler had invaded Britain.

Would you have joined the Resistance? Or, like Detective Archer, would you have tried to Keep Calm And Carry On?

Like all good dramas, SS-GB raises more questions than answers. It’s these ethical dilemmas, as much as the twists and turns of Deighton’s plot, which promise to make it compulsive viewing for the next five Sunday nights. 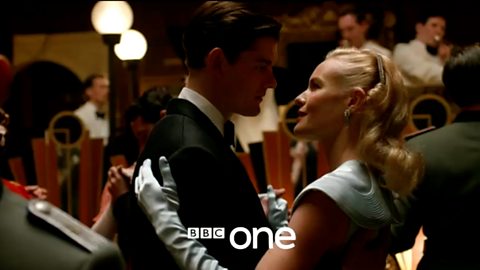 Michael Caine's Harry Palmer spy films of the mid-60s may be the best known versions of Deighton’s work, but many of the author’s other works have also been adapted for the screen. 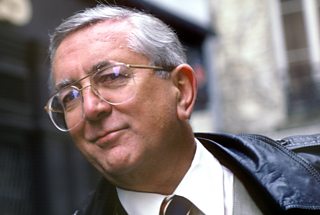