Eight tips for how to disagree better

Disagreement is good. After all, the world would be a pretty dull place if we all held the same opinion. But we have found our nation deeply divided, and that division has turned ugly. Public discourse has become so ill-tempered, snide and lacking in respect that all too often our public life is more of a slanging match than a battle of ideas.

In A Guide to Disagreeing Better, Douglas Alexander asks: how can we raise our game? It turns out that knowledge, radical honesty, fierce intimacy and openness are essential. So, dial down the rhetoric, rein in the insults and read on for some tips on how to disagree without being disagreeable – no arguments. 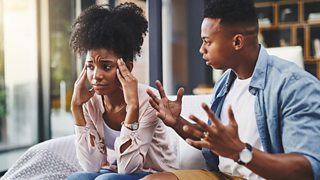 Don’t aim for the middle ground – splitting the difference isn’t the answer when you fundamentally disagree.

“Step number one is not to agree,” says Harvard Professor Arthur Brooks, who has written a book called Love Your Enemies. “It’s actually quite important that we not agree on everything and it’s perfectly fine if we permanently disagree.” If we love the free market of ideas, says Arthur, then we need people who are going to push back against our own. Wouldn’t the world be pretty boring if we all felt the same? Remember that disagreeing itself isn’t the problem, it’s how we do it.

2. Don’t aim for the middle ground

Disagreeing without falling out is not necessarily about compromise. Don’t aim for the middle ground – splitting the difference isn’t the answer when you fundamentally disagree. Instead, it’s about working hard to find a common ground – be it shared experiences, passions, or hopes – despite your differences.

3. How you talk is better than what you talk about

Esther Perel is one of America’s leading couples counsellors. She’s listened to untold men and women disagreeing very badly. “How you talk about something is way more important than the specific topic,” says Esther. “If we have a way of talking by which one is always cancelling out the other, and putting them down, it doesn’t really matter if we are talking about money, the children, the state of the world, sexuality – the topic is irrelevant. What matters is the dynamic that exists between us.”

In order to achieve intimacy, form meaningful relationships and feel relaxed with someone who has opposing views to you, what’s important is total honesty. 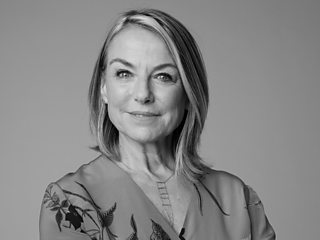 Fiona is a Derry resident whose brother was shot and killed by the British Army. Through honest conversation she was able to make firm friends with a former soldier who was on duty during the troubles, despite their differences. “Honest, open dialogue – as much as it’s brutally, brutally uncomfortable sometimes – it has to be done,” says Fiona. “Otherwise, you just stay stuck.”

Douglas concurs; disagreements can move society forward: “A society that values civility over justice and truth would simply be a recipe for stagnation.” Speak truthfully. Civility is fine, but fierce honesty is a stronger foundation.

5. Listen intently and aim for empathy

Honest conversation involves listening intently, as well as speaking truthfully. Couples therapist Esther says it’s all about “a willingness to take in what the other person says” – what she describes as “fierce intimacy.” The opposite, she says, is just a battle. You place yourself in a hierarchy – above that other person – and don’t try and relate for a second to anything they have said.

Which brings us on to empathy. To prevent reaching an impasse, it’s not just about listening. We need to be curious, open, and try to experience empathy, says Esther. Can you put yourself in your opponent’s shoes and see things as they do?

6. Dial down the rhetoric and rein in the insults

Social media platforms have made instant insults much easier to dish out. And this violent language is crossing over into the real word. “There is arguing that comes with a contempt,” says Esther. That’s not just about disagreeing with the other person’s point of view, but actually seeing them as a lesser human being.

No one in history has ever been insulted into agreement.
Professor Arthur Brooks

Showing contempt, where an opponent focuses more on the other’s identity than their ideas, is the most damaging way to disagree. Not only is it unpleasant, it’s also deeply ineffective. “No one in history has ever been insulted into agreement,” says Professor Arthur Brooks. It merely hardens someone’s opposition to the other person’s viewpoint.

The solution? We all have to dial down the rhetoric. We are being bullied by social media, and politicians, into being people we don’t want to be, says Arthur. “Turn it off. Stand up to it.”

7. Understand the difference between fact and opinion

Our opinions are perspectives to be tested against the evidence – not just weapons to be wielded against our opponents.

Foster mother Cathy was randomly selected for The Citizens’ Assembly that debated changing Ireland’s strict abortion laws. There, she met other individuals with widely different viewpoints to her own, and a series of experts selected to offer all the relevant facts. “The biggest learning for me is my opinion is merely my opinion,” says Cathy. “Unless you’re going to put in the time and effort to make it an informed opinion, then it is just your opinion and it’s not worth falling out over.” Always seek out real evidence and expertise before digging your heels in.

“Go looking for conflict,” says Arthur. “That’s your opportunity to be a missionary. To build your muscles and to get better at it.” If you’re not very good at disagreeing, it might be that your friendship group isn’t wide and disparate enough. “Go find somebody, listen compassionately, give your point of view and express love.”