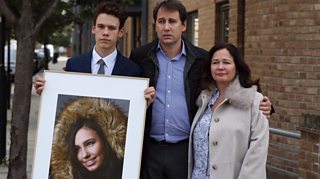 The tragedy that hit Nadim Ednan-Laperouse three years ago is any parent’s worst nightmare. He watched helplessly as his 15-year-old daughter Natasha died from an allergic reaction on a plane to Nice – she had just eaten a sandwich from Pret A Manger not knowing it contained sesame seeds to which she was highly sensitive.

Nadim and his wife Tanya became well known as they campaigned widely to change the law on food labelling. They gave many moving interviews, but there was one extraordinary experience Nadim had on that fateful day which he has never talked about until he told the story to Emily Buchanan, in A Bright Yellow Light.

On the plane Nadim injected Natasha with adrenalin thinking the reaction would quickly subside, but to no effect. After they landed, paramedics began frantically doing CPR; they were so vigorous they broke all her ribs. Then something happened which Nadim could never have imagined: “Just as it couldn’t get worse, these five angels just appeared, and this yellow light, strong, soft yellow light, rather like a candlelight but really intense and in great detail, these five figures like thin people just appeared with wings on their backs.”

He remembers them clearly: “They were about 20 cms tall, not chubby like children in a Renaissance painting and with feathery wings like in the Vatican, but actually like human beings, all looking at me, moving around Natasha. I’d never ever seen anything like that in my life.”

It dawned on him that these angels were going to take Natasha away. He shouted, "This is not her time" and waved them off her. They disappeared and at that moment she died. 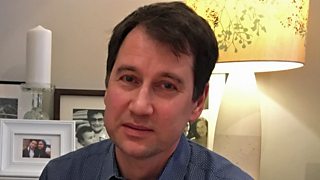 No one else saw these figures, so could this have been an hallucination at a moment of unimaginable stress?

“I am the least likely person to have an hallucination, I am not prone to such things ever. I’ve always been calm and stalwart in times of stress, so to those who say, ‘I don’t believe you’. I say, ‘what have I to gain by making this up?’. I don’t mind if people think I am a fool, but I know it is the truth. No one can tell me I did not see that.”

At that time Nadim was an atheist, with no interest in religion but in the months afterwards he started going to church and he came to feel there was a profound reason why these angels had appeared to him. He now feels what really matters is faith in God not the material rewards of success.

“In my past years in business I have stood on stages with David Cameron or Gordon Brown, I was awarded an MBE by Buckingham Palace for services to business. Many of these things serve you very badly when it comes to building up arrogance and I had a good dose of it frankly. I look back now and see it as all completely irrelevant.”

He and his wife Tanya threw themselves into a campaign to protect people with allergies. There is now a new law, known as Natasha’s Law. Nadim feels it could not have been possible without the inspiration and drive resulting from that profound vision on the plane.

Three years later, he says he still has grief, but he is not a broken or unhappy man: “I am happy really that I feel at one with God. We know we’ve been to a very low place – it couldn’t get worse, and in that moment God has lifted us and he carries us forward to bring about massive dramatic change to save people with food allergies from dying. If I said anything else I would be lying”.

When asked why he has waited so long to talk about this angelic experience he says:

“I’m compelled to tell what has happened to me in the most truthful way without embellishment so that others can hear it and I think that’s what I’m called to do.”