31 Treats and a Marriage: Making comedy out of a crisis

In a few short years, writer Lynn Farley-Rose went through a life-changing series of events. A period of financial problems was followed by several years caring for her husband through aggressive cancer treatment while looking after their four children, after which he left her for a hospital nurse. BIDISHA interviewed her erstwhile writing course pupil to discover how Farley-Rose used these experiences to write a 'comedy of disasters' reminiscent of Victoria Wood or Alan Bennett.

Recently people around the country mourned the passing of Victoria Wood, the queen of wry yet cuttingly perceptive British humour. Wood came from a long British tradition of outwardly stoical yet inwardly subversive comic writers and has paved the way for countless others in her turn. One such is the debut author Lynn Farley-Rose. Farley-Rose's persona, her soap-opera-like story and the painfully droll insights of her debut book 31 Treats and a Marriage could all be the result of Wood’s imagination, possibly co-scripted by Julie Walters, and performed by Arabella Weir, Olivia Coleman or Rebecca Front.

I met Lynn in July 2012 when I was teaching a course in narrative non-fiction in the Pennines. She was one of the students who had gathered for a week of lone writing and group workshops. Lynn said she was pursuing a project working through a list of 60 “treats” – or experiences – to enjoy in the years before she turned 60, after a fraught period in her family life.

It was like discovering a new Lynne Truss, Sue Townsend or Alan Bennett – someone whose humour was forgiving, not cruel

The treats were wholesome and achievable, like taking riding lessons or visiting New York. While the basic idea was simple and universally appealing, Lynn’s writing was so consistently and subtly funny, without featuring blatant punchlines or jokes, that the group found itself laughing throughout Lynn’s readings, to her bafflement.

It was like discovering a new Lynne Truss, Sue Townsend or Alan Bennett – someone whose humour was forgiving, not cruel, and who was sensitive to the surface quirks of the everyday world as well as its depths. 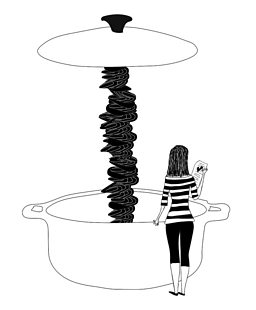 In my one-to-one tutorials with Lynn, she told me that she had begun her ‘treats’ project the previous autumn, during a long and incredibly demanding period in her life when she helped her husband Shaun, the father of her four children, through aggressive treatment for cancer.

I shall never forget sitting in that tutorial we had and sobbing as I explained that after a series of disasters my marriage had also ended, and you laughing and saying that the separation was 'literary gold'
Lynn Farley-Rose

However, by the end of this treatment, “Shaun completely changed personality. He’s told me he doesn’t want me in his life any more.” To my shame, I couldn’t help telling her that this would probably enhance her book.

A couple of weeks ago, out of the blue, I received an email from Lynn. She wrote, “I shall never forget sitting in that tutorial we had and sobbing as I explained that after a series of disasters my marriage had also ended, and you laughing and saying that the separation was 'literary gold'. I didn't see it quite like that then, but …that aspect gave me plenty to write about.”

Lynn has forgiven me for laughing and granted me an interview, and I am delighted and vindicated to say that her book, 31 Treats and a Marriage, is profoundly affecting and wickedly entertaining. Featuring everything from rural birdsong to a knife attack, it’s a comedy about disaster, a celebration of self-salvation and a serious lesson in the way seemingly small pleasures and connections can lead to joy and transformation.

It is also the story of a gifted woman who found herself limited by marriage and motherhood, but saved herself at the crucial moment. The lessons of 31 Treats… are inspiring and life-affirming but the book is cut through with unflinching descriptions of a marriage breaking up, of shocking flashes of anger, turmoil, cruelty and coldness, the pain of heartbreak and the determination to survive. 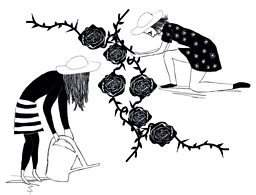 Originally from Devon, Lynn studied speech and language therapy, then did a PhD in developmental psychology, “but I had three babies along the way and so it took me ten years. I did a some post-doctoral work and then had another baby.” A move to Sussex resulted in having to take care of four kids, “some fields and …a lot of animals”. Lynn “dabbled” briefly, running training courses and doing marketing for her husband before becoming a senior writer and researcher for a careers software company.

The real saga begins in 2005, a year before Shaun’s cancer diagnosis, with Shaun’s legal firm in difficulty and tax and mortgage bills mounting. Lynn and Shaun had to sell the family home and couldn’t buy another house afterwards, as he lost his next job quickly. “So we rented, and moved several times.”

In September 2006, Shaun was diagnosed with Chronic Myeloid Leukaemia and put on drugs to control it. Lynn says that these drugs “initially worked very well” but two years later “he became resistant to them and was told that without a bone marrow transplant he would die. There was a worldwide search for a donor that took some months and in January 2009 he had a transplant.”

Soon afterwards, “he developed all kinds of complications that were frightening and painful. He had a relapse in 2010 and further transfusions from his donor.”

Lynn describes the time as “desperately upsetting – both seeing him suffer and trying to keep the children steady, since it was scary for them. There was one memorable occasion when I drove him to hospital in London while he wept in pain. We had many trips to London for appointments – a round trip of 110 miles – and for many months it was twice-weekly. I went with him to all of those.”

The family were having money troubles so Lynn worked early in the morning and late at night to make up her hours.

Lynn began her treats project in September 2011 when she was 52. “I had a sense of having put a lot of things on hold for many years whilst raising children. My husband nearly dying created more of an urgency to just get on and do them. It rammed home to me that people’s lives can come to an end at any age.”

Lynn explains how the treats were “a lifeline” during the worst times. “I think that I was like a starving person in many ways as they gave me such a break from everyday life and worries that I just simply loved the experiences I had.” Learning about birdsong, for example, was “life-changing in a small way. Now pretty much every time I go for a walk there is something from that treat that remains with me – ‘Ah, there’s a great tit, a greenfinch, a chaffinch.’” 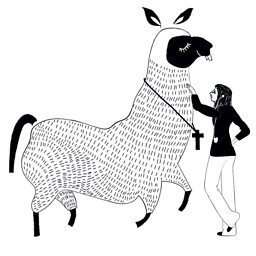 In a reflection of the steady positivity of the book, Lynn believes that the tough years helped her find “all kinds of strengths I didn’t know I had. I’d always been an exceptionally impatient person. But all of the issues were just simply too tangled to find quick answers to. Will he survive? Will he get work? Will I get work? Where will we live? I had to learn patience and to let things unfold. The things I used to worry about were not, in the end, the things that caused the problems, so it seems pointless to speculate about the future.”

The book chronicles the development of a strange, Zen-like flow as Lynn’s treats appear to manifest naturally: “I made the list and I had no idea when I wrote those simple items down, how and when each would come to life. One of the greatest pleasures in the project has been observing, almost as an outsider, how the changes in my life have created opportunities for each treat to have its turn.”

After six years of ill health Shaun was given a good prognosis in February 2012. He dumped Lynn that May, a couple of months before I met her at Arvon, and went off to pursue a new relationship with – of course – a cancer nurse.

I ask Lynn how Shaun changed personality during his illness and she says that it came on “very gradually. I still don’t know what happened and accept now that I never will. We were very happy and he was a loving husband and good father. But he grew increasingly distant and serious. Things that would previously have made him laugh, just made him angry. He said things like ‘I only like women with nice-shaped bodies’ in response to me asking him why he had become so physically distant.”

When Shaun told her that he wanted to split, “I was so utterly thrown off course that I wasn’t sure how to continue. But in fact the treats gave me something to hang onto. I always wrote between 10pm and 11pm and sat in the same chair with the same pen and the same mug. It sounds odd now but I was in a bit of a state to say the least. Then I realised that one of the strengths of the project was that I was able to record this process of great change as it happened.”

Lynn’s writing hasn’t stopped there. She produces a fortnightly blog, Treats and More, which covers the treats she missed out in the book, has a section for fish recipes and features lines like, “There was a time when I used to sit down on New Year’s Eve and make eighteen resolutions. Yes – eighteen – three in each of six categories.” She speculates whether her 60th birthday present to herself in a few years’ time could be an all-new list of treats: 70 before 70.

But first, the Victoria Wood-esque saga of Lynn Farley-Rose wouldn’t be complete without a fitting ending. 31 Treats and a Marriage covers the period from autumn 2011 until the day after Lynn and Shaun went to court to finalise their divorce in July 2013. By that point, however, fate had already struck.

In her first email getting back in touch with me two weeks ago, Lynn wrote that her week on the Arvon course in the Pennines was “life-changing in several ways. I shared a room with [another student called] Maud and got to know her a bit, mainly through being pretty drippy and crying a lot, and she put me in touch with a friend of hers who had shared a similar experience to my own: having a husband who had a bone marrow transplant and then appeared to change personality.”

They met and got on well. This woman in turn introduced Lynn to a male friend of hers who had been widowed three years previously. “We emailed for a month or so and then met under the clock at Waterloo. One thing led to another and I am going to be marrying him in July.”

To borrow a line from Lynn’s blog entry about her treat of walking a National Trail route, “You never quite know what’s going to unfold beyond that bend in the distance.” You’d never guess that debilitating illness, the loss of a family home, the threat of poverty and the breakdown of a stable marriage would lead to heartwarming treats, a second chance at love and a new career as a debut author. Lynn ended her email to me, “I am extremely happy in my new life and grateful for all that has happened.”

31 Treats and a Marriage is published by Esmeralda Publishing, with illustrations by Jo Dalton. 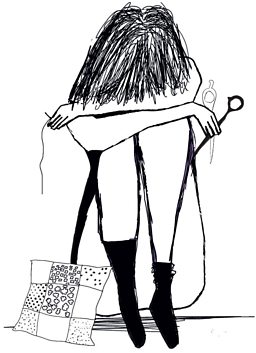 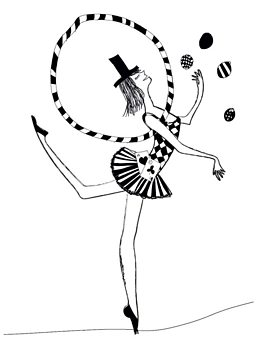