Can time in nature improve my health?

More than 80% of us live in urban environments, and many of us lead indoor lives. Yet there’s a growing body of scientific evidence suggesting green space is good for your health. If you live in the countryside, or even near green space in a town or city, you have a reduced risk of diabetes, obesity and heart disease. 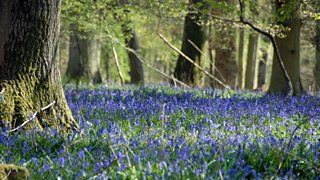 And not only that, but contact with nature – such as seeing green leaves, or water flowing in a river or smelling flowers – not only makes us feel good in the moment, but also might have a more lasting effect on our stress levels and mental health.

Recently doctors in Shetland and Dundee in Scotland have been prescribing time in nature to patients suffering from conditions like heart disease and depression. But how long should we spend it nature for it to have a measurable effect on our health and wellbeing?

To find out, we teamed up with the Universities of Edinburgh and Exeter in a ground-breaking study. A recent cross-sectional study of around 20,000 adults in England suggested that 120 mins might be the critical threshold for time spent in nature, if a person is to experience significant health improvements. However, the correlational nature of the study made it difficult to establish cause and effect.

In our study, we used an experimental approach. We randomly assigned a group of 15 volunteers to one of two groups: the first would spend less than two hours a week in nature, the second would spend more than two hours. The aim was to test whether time in nature had a causal effect on wellbeing, stress and mood. We also wanted to find out if exposure to nature affected physiology– such as heart rate variability and cortisol levels, (cortisol is a hormone released under stress).

Leading the study was Professor Catharine Ward-Thompson from the OpenSpace research centre at the University of Edinburgh, an expert in landscape and wellbeing. A team from the Centre for Cardiovascular Science at Edinburgh University were also involved.

Our volunteers were all daytime workers, and spent their extra time in nature during their lunch break, in local nearby parks or green spaces. They were asked to sit, relax, or gently walk in nature, but not to walk briskly or do any vigorous exercise. Before and after contact with nature our volunteers filled out a questionnaire which assessed their mood – measures such as positive emotion, arousal, and stress.

At the beginning and end of our experiment, our participants filled out questionnaires which assessed their overall wellbeing [the WHO-5 Wellbeing Index] and their stress [the PSS Perceived Stress Scale].

In addition, their cortisol levels were measured in their saliva and their heart rate variability was measured using ECG electrodes applied to their wrists.

At the end of the three weeks, the group experienced an overall reduction in perceived stress, and an overall increase in wellbeing.

Improvements were also seen in patterns of cortisol levels across the group, but these were very slight; a larger cohort may have yielded more significant results. We saw no indication of heart rate variability.

Comparing how people felt directly before and after nature exposure, our participants reported feeling more energised - increases in positive mood and arousal were found.

What could this mean for the future?

The results support the large scale cross-sectional study in England, and have shown, for the first time, evidence of a causal link between 2 hours a week in nature and improved mental health.

More research is needed in order to support these findings, especially to show whether there are changes in biomarkers such as cortisol. Such evidence might mean organisations such as the NHS might establish a ‘standard’ for nature exposure in the future – similar to the recommendation to eat our ‘5 a day’ of fruit and veg.

In the meantime the advantage of this research is that you don’t need a doctor’s prescription to experience the same effects as our participants. Parks, playing fields, woodlands, beaches, allotments, riverside and coastlines, should all have a similar effect on our stress levels if we spend the recommended 120 mins or more relaxing, sitting, or gently strolling in a natural setting of our choice.