6 modern artists influenced by Sgt. Pepper's and The Beatles

For a quirky and alternative take on the band's incomparable pop legacy, try Paul Merton's new series, An alternative view of Beatle history. Meanwhile Sgt. Pepper Forever, a new two-part documentary, offers Beatles buffs the chance to delve deep into the album's recording process and to look at the huge impact it had on the history of music.

This celebration of all things John, George, Ringo and Paul has got us thinking about all the modern day artists who have been influenced by The Beatles, and specifically by the game-changing record that was Sgt. Peppers. Here are the legacy loving music stars that we explored. 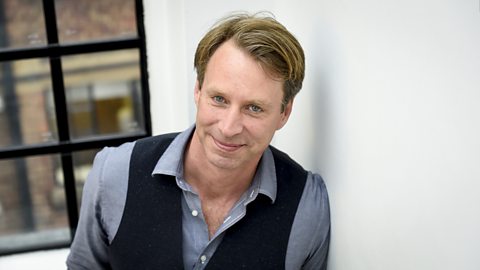 Giles Martin, son of Beatles' Producer Sir George , on the 50th anniversary of the album

The legendary British singer-songwriter Paul Weller, formerly of The Jam and The Style Council, has made no secret of his love for the Fab Four.

“Sgt. Pepper’s was the first album I ever bought,” the Modfather told the Guardian in 1995. “I much preferred The Beatles when they dropped all their moptop nonsense and just became themselves. It was real. I loved everything about them - their clothes, their music and, when I was a little older, their attitude.”

In 2012, Paul was among the British stars selected by pop artist Sir Peter Blake to appear in a new version of his iconic artwork for the Sgt. Pepper’s record sleeve.

We all know that Oasis were more than a little influenced by The Beatles. Liam Gallagher is even bringing a special edition of his Pretty Green clothing line out to mark the Sgt. Pepper’s 50th anniversary.

His brother Noel Gallagher, who also appeared on the 2012 reboot of the Sgt. Pepper’s artwork, told BBC news what the seminal LP meant to him back in 2014.

“Sgt. Pepper is special for me because I was born on the 29 May, and it came out on the 1 June,” he said. “So when I was being born in St Mary’s Hospital, Manchester, it was being played on hospital radio. It still contains some of the greatest Beatles songs, like a Day in the Life, and Lucy in the Sky with Diamonds.”

The Leicester rockers and their frontman Sergio Pizzorno have been up front about the debt they owe to The Beatles.

Sgt. Pepper’s is widely regarded as the first real pop concept album and the entire record weaves in the fictional performance of an Edwardian era military band. Sergio told Juice magazine in 2009 that he believed Kasabian’s own concept album, West Ryder Pauper Lunatic Asylum, was, "probably our Sgt. Pepper’s."

Song-writing supremo Gary Barlow and the rest of Take That love the Beatles so much that they even included a short cover of Sgt. Pepper’s eponymous title track into their Progress live tour, back in 2011.

“I was brought up on The Beatles, so was my producer Steve Power, he’s a Scouse, so I’m not surprised it has a Beatles vibe,” he said, speaking to the Daily Star about his album Since I Saw You Last. "“I love the Revolver record, there’s a bit of that in there. It’s old school.”

Sgt. Pepper’s was once of the first ambitious pop records to straddle the boundaries between pop culture and art and as such it truly paved the way for an artist like Lady Gaga.

The singer has been outspoken about her love for The Beatles. "Without The Beatles I don’t think women would be taking their cardigans off in hallways,” she said in a 2009 interview with The Daily Star. “They were responsible for the birth of the sexual revolution for women.”

Oklahoma’s psychedelic rockers have done more than talk about their musical debt to Sgt. Pepper’s – in 2014 the recorded a track-for-track tribute record to the album called With A Little Help From My Fwends.

Frontman Wayne Coyne explained the enduring appeal of Sgt Pepper’s in a 2009 interview with Music Radar. “It was a special record – and still is,” he said. “Sgt. Pepper has amazing music, but it’s really about more than the music. It’s of a time, and now it evokes that time. And the amazing thing is, it lasts – there’s nothing retro about it. It’s still very hip, fresh music.”