“Bach’s music,” says the pianist Jacques Loussier, “is ideal for jazz improvisation. So many of the structures are similar, with patterns of 16 or 32 bars, and the left hand parts are very similar to jazz basslines.” 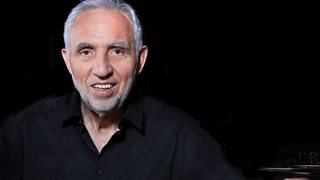 More than any other individual musician, Loussier has managed to explore the connections between jazz and Bach in a career that stretches back to the 1950s, but his comments get to the heart of why J. S. Bach has always held such fascination for jazz players: namely form, structure and harmony.

Way back in the 1920s, the Harlem “stride” piano pioneers honed their skills on the classical repertoire and men like Fats Waller and James P. Johnson knew their Bach along with their Gershwin and Irving Berlin. Waller even recorded a classical pastiche of his song “Honeysuckle Rose” which he subtitled ”à la Bach, Beethoven, Brahms, and Waller”.

As the modern jazz era came in, the most technically accomplished pianists also played Bach, and used his music as the basis for their improvisations, such as Bud Powell in “Bud On Bach” or, a little later, Bill Evans with “Valse” which is based on a Bach Siciliana for flute.

And thinking of woodwind, several jazz reed players, like the saxophonist Lee Konitz, used Bach’s Two-part inventions as practice material, the basis for classical duets, and a jumping-off point for improvisation.

And it’s that idea of Bach as a springboard, a jumping-off point that has most fascinated the current generation of jazz improvisers, such as US pianist Uri Caine.

He says, “Bach’s theme and variations ideas have a direct corollary with what we do as jazz musicians. The harmony that underpins the recurring structure is what all the variations are built on and that is how we improvise over standards.”

Highlights from Spirit of Bach on Radio 3