The best tool users on the planet.

The cerebellum is a section of the brain critical to tool use. Great apes have a cerebellum that is on average 45% bigger than a monkey’s.

Experiments showed chimps and orang-utans using up to 5 different tools to finally get the right one which enabled access to food. This is known as sequential tool use.

Bonobos have very peaceful societies and are known to share food with other unrelated bonobos.

All the great apes have a form of opposable thumb, but there’s more to dexterity than this useful digit. Great apes can do something with their hands that virtually no other species can. Most animals can only use their two hands, or paws, or hooves, symmetrically. They cannot perform asymmetrical movements with each hand at the same time. Great Apes, however, can. To us it’s such an ordinary ability that we take it for granted, but buttoning a shirt or unscrewing a jam jar would be impossible if our hands could not perform different roles at the same time. Asymmetrical bimanuality, as it is known, is a complicated skill which takes a lot of brain power. It is one of the reasons that great apes are to be the most sophisticated tool users on the planet. 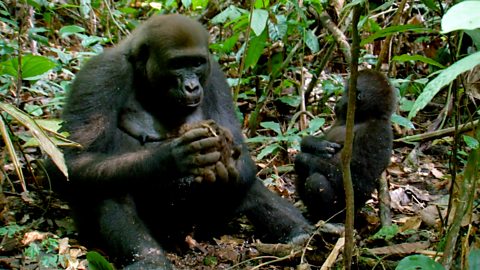 The ability to use each hand in different ways is not to be taken for granted. 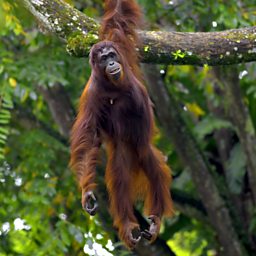