Where I come from, we lack compassion. It's going to have to come from me. My message is just build, build, build. Break down or make it out. Protect your energy. Protect everything.
Pa Salieu

BBC News: Pa Salieu wins BBC Sound of 2021: 'I am the voice of the voiceless'

Pa Salieu's journey to the Sound Of 2020 Shortlist in his own words and pictures... 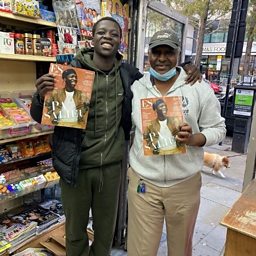 One of the maddest things ever is to walk into a shop and see my face on the cover of a magazine for the first time ever. I don’t think that could ever feel normal! 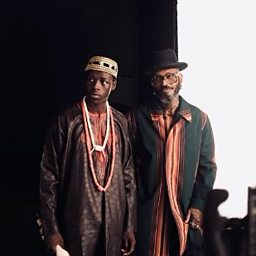 From the shoot of my B***K video shoot with the living legend, the artist Abe Odedina. Crazy that he pulled up for the shoot and so happy that he was there for this celebration of black culture.

This is me with some of my COV family. So much talent in the ends. Each person on their own journey. These are some of my first ever links ups in music.

That's what I aim for: If it doesn't look like a really dodgy, tattoo-on-the-arm lyric, then it doesn't go on.
Holly Humberstone

BBC News: Holly Humberstone wants her lyrics to be tattoo-worthy

Holly Humberstone's journey to the Sound Of 2020 Shortlist in her own words and pictures... 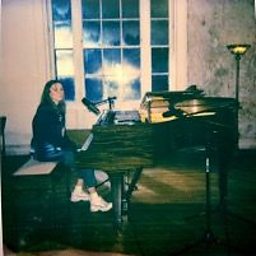 My parents have the most amazing music taste, and music would always be playing in the kitchen or in the car, literally all the time. They would listen to anything from Led Zeppelin and Pink Floyd to Radiohead, Bon Iver and Damien Rice. 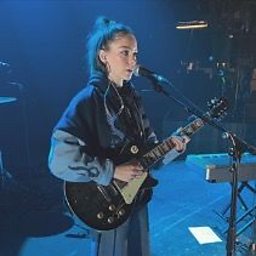 These are photos from touring around Europe with Lewis Capaldi in February 2020. Things had escalated rapidly! Off the back of a video of me performing Deep End at the Deaf Institute in Manchester I had been offered to support on the tour.

This is a photo from Glastonbury Festival 2019. I’d always dreamt about performing at Glastonbury and some how in 2019, before I’d even released a single song, BBC Introducing offered me a slot!

For fans of: Frank Ocean, George The Poet, Jorja Smith

I'm fortunate to be blessed with the curse of having so many songs. We're sitting on 150 plus...We've just got to make an album out of that.
BERWYN

BERWYN's journey to the Sound Of 2020 Shortlist in his own words and pictures... 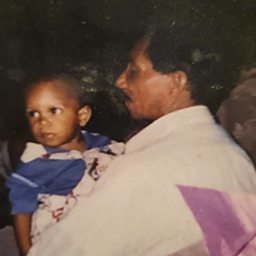 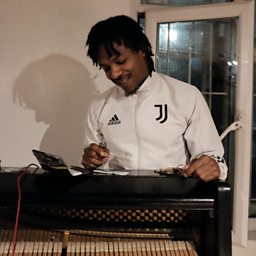 Photo of me by my first ever piano I ever owned myself, it's taken by the window in my studio. It's mad rare to have a window in your studio so my studio is elite basically.

This photo is of me and my grandmother sitting on the porch of the house I grew up in in Trinidad. She's a G I'm a G, we're both G's.

I moved to Mexico, did lots of soul searching... Watching musicians on the street drumming, dancing and singing. It properly woke something up in me
Greentea Peng

Greentea Peng's journey to the Sound Of 2021 Shortlist in her own words and pictures... 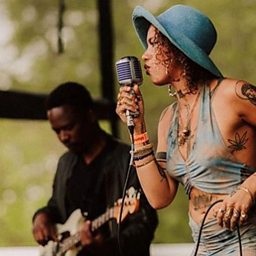 This was my first festival I think, Jam On Rye in Peckham with my band the SENG SENG FAMILY! Local tings, love it!

Spice Up Your Life 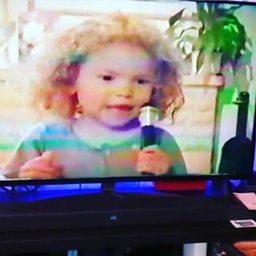 I was about 5 here, this is from a home video we filmed at my Aunt's house in Oxford. Lots of adults, lots of Spice Girls (my favourites at the time) . I remember Prodigy Fire Starter came on after this and I started to cry. I hated that song as a kid!

Neneh Cherry and me, supporting her for the second time in Paris. Neneh was my first ever support gig, I love and respect her a lot. An amazing woman to look up to.

This whole year feels super, super-surreal ... I still feel like I should be doing my homework
Griff

Griff's journey to the Sound of 2021 Shortlist in her own words and pictures...

Me in some old family pics. I’m from a mixed heritage family and grew up in a white suburbia. I spent a lot of my childhood tryna minimise my blackness, when it was never something that should’ve made me feel inferior or less than anyone else. I see that now and I’m proud of who I am. Summer 2006

Been dressing up and singing Disney songs since day 1. And now I’m singing on the Disney Christmas ad!

It was so surreal for Zedd to want a new artist like me to sing on this track, and I’m super grateful and excited to be involved in this.

Live from the Tate Modern

Got to play a show at my dream venue. Not in person :-( but we streamed it live for everyone to be there no matter where they were

The Sound Of list started in 2003 with the aim to showcase the most exciting rising stars in music. All these years later, and the aim is the same - to continue predicting some of the biggest and most exciting global superstars. 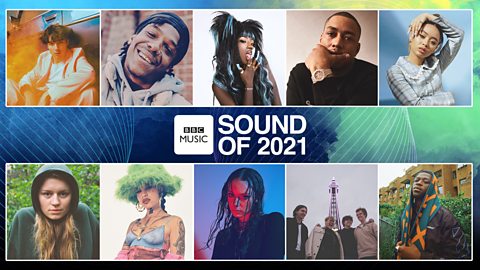 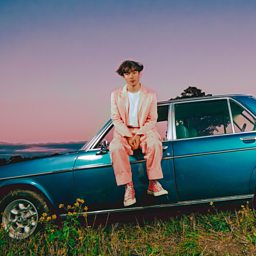 • 17-year-old Alfie Templeman started making music by banging pots and pans in his family kitchen in Bedfordshire. After mastering those, he also taught himself bass and guitar.

• As a child, he hated singing and his first original songs were all instrumentals, until his mother encouraged him to take singing lessons. “I can’t thank her enough,” he said. “It’s all down to her that I even sing.”

• The singer has spent most of 2020 shielding, as a childhood lung condition made him vulnerable to Covid-19. 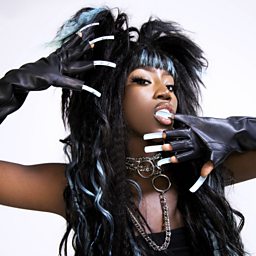 • East London’s Bree Runway has concocted an unlikely, but successful, brew of trap, R&B and hardcore metal on songs like ATM and Little Nokia.

• Born Brenda Wireko Mensah in 1992, she was given early encouragement by Michelle Obama, who heard the then-teenager performing at school and told her: “Just keep singing”.

• Mensah was raised in Hackney’s so-called “Murder Mile” but says the environment gave her “thick skin” and “taught me to have a voice and stand by it”.

• With influences as diverse as Lil Kim, Madonna and Shania Twain, she bristles at being pigeon-holed. “I’m not just a rapper,” she told Gay Times. “Like, that’s completely impossible. I’m literally everything.” 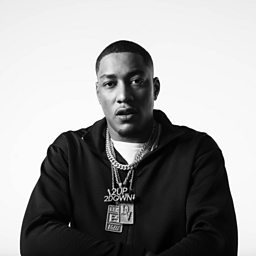 For fans of: Stormzy, Headie One, Dave

• The younger brother of rap star Stefflon Don, Dutchavelli was born in Birmingham but raised in the Netherlands – hence his stage name.

• Known for his gruff voice and ominous beats, he released his first song, New Jack City, in 2016.

• His career was put on hold in 2018 after he was arrested on a firearm and robbery charge, but was eventually acquitted when a jury found him not guilty.

• He made up for lost time this year with his mixtape Dutch From The 5th, which reached number eight in the album charts, and a guest slot on Tion Wayne’s I Dunno – which saw him trading bars with Stormzy. 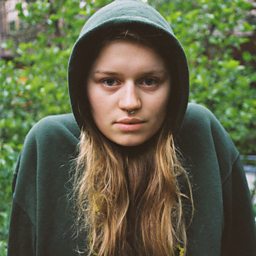 For fans of: Beabadoobee, Florence + The Machine, The 1975

• Norwegian lo-fi artist Marie Ulven scored a viral hit with her first ever song, I Wanna Be Your Girlfriend, in 2017, which has since been played 80 million times on Spotify.

• Born in the quiet North West Norwegian town of Horten in 1999, her early obsessions were The Simpsons and fingerboarding, until she was given a guitar at the age of 12.

• Her stage name was inspired by the first girl who broke her heart – who will forever remain unaware of the tribute. “I haven’t told her and I’ve never said her real name anywhere,” she said.

• Ulven has been called a queer icon, but she hopes her lyrics will one day be unremarkable. “We need queer art to make it normal,” she told the New York Times. 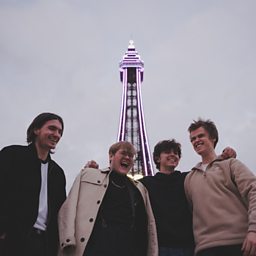 For fans of: The Killers, Arctic Monkeys, Blossoms

• Full of youthful vigour and witty lyricism, indie quartet The Lathums are already heroes in their hometown of Wigan.

• Led by singer-songwriter, Alex Moore, the band were formed at music college, and played their first gig at a hen party.

• After finishing a sold-out tour in February, the band were supposed to be gigging with Blossoms and Paul Weller. Instead, they had to settle for a live-streamed gig from the circus ring at Blackpool Tower, surrounded by clowns.

• In July, they topped the vinyl album charts with The Memories We Make – a compilation of all their recordings to date. Since then, they’ve started working on their debut album.