Most of us give little thought to the objects around us. But in Eric Geusz's imagination, humble potato peelers or bottles of shampoo are incredible intergalactic vessels capable of traversing the galaxy.

For Eric Geusz, it's a struggle to remember a time when he wasn't designing spaceships.

He says: "I saw Star Wars in 1997 as a small kid and I think that made a big impact on me. My brothers and I used to make a lot of our own spaceship designs out of Lego.

"We used to make kit-bashed spaceships by hot-glueing together and spray-painting old surplus science supplies my mom had lying around, like pipettes and sample tubes. And then sometimes we'd put fireworks in them to make them explode. Also in school I'd sometimes pretend my eraser was one of those shuttlecraft in Star Trek and draw little windows and details on it."

As an adult Eric became a software developer but he continued drawing in his spare time – and found he still saw spaceships in the objects around him. He began posting these online and has developed a considerable fan base on social media.

He adds: "Making art helps me relax from long days of coding and troubleshooting and I recommend it to everyone as a form of meditation. I think my favorite design I've made so far is the Shampooship. However I have a bunch more planned that will hopefully be even better." 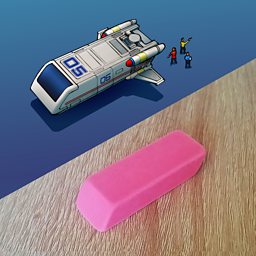 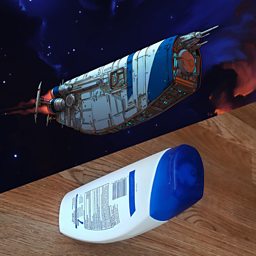 The Shampooship is based on a famous hair care brand | Image: Eric Geusz

Geusz has also been inspired by real-life spacecraft and classic designs from TV.

He explains: "I've always been a huge fan of the Space Shuttle. It was really cool to have that flying in my lifetime. I am also a big fan of the Russian R-7 rocket family, which was the rocket for the Suez capsule. Just a very cool straightforward design that looks awesome.

"Among my favorites from film and TV are the Viper Mark II from Battlestar Galactica, the Taiidan Interceptor from Homeworld, the Ebon Hawk from Star Wars game Knights of the Old Republic, and who doesn't love the T-65B X-Wing Starfighter from Star Wars?"

A 2009 launch of the Atlantis shuttle | Image: NASA

Eric's art tends to take shape in traditional media before being digitally rendered.

He says: "My process is always changing but I usually make a lot of small pencil sketches until I find something that works. Then I'll work on a digital version with my tablet in Photoshop. Sometimes I'll rough the design out in 3D too, to help me figure out the form more precisely.

"I have a huge backlog of ideas and designs in a spreadsheet that I want to make. And hopefully I'll create a picture book for people that would love some inspiration on their coffee table. I've never done anything like that before but I'm up for the challenge. I encourage everyone to daydream more." 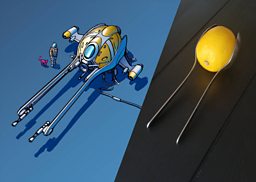 When life gives you lemon, and two spoons, you get this | Image: Eric Geusz 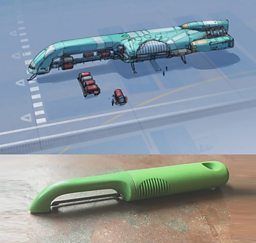 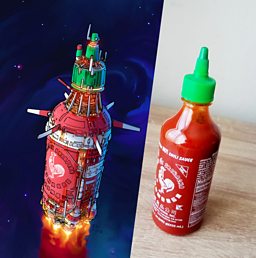