State of the Nation: A sampler of UK dance in all its forms

BBC Arts presents a sublime, moving celebration of dance in collaboration with Sadler’s Wells. Dancing Nation showcases work from a thrilling line-up of UK artists. Watch 12 mesmerising performances here, and the full package of interviews and performances on BBC iPlayer. 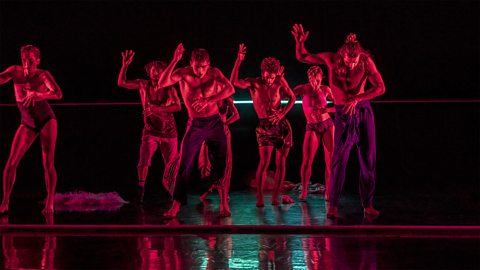 BBC Arts presents a sublime celebration of dance in collaboration with Sadler’s Wells.

Dancing Nation is a festival of world-class dance recorded at historic Sadler's Wells, London. It features bold new works alongside modern classics from big-name artists and breakthrough talent from the ballet, contemporary and hip-hop worlds.

Dancing Nation is a vivid snapshot of the British dance scene in all its forms.

It samples the UK dance scene in all its forms to provide a vivid and exhilarating snapshot, with performances from Akram Khan with Natalia Osipova, Candoco Dance Company, Oona Doherty, Boy Blue, Birmingham Royal Ballet, Far From The Norm, Breakin' Convention, HUMANHOOD, Northern Ballet, and Rambert.

Here we present 12 spectacular performances, and you can watch Dancing Nation in full, presented by Brenda Emmanus with all of its interviews and performance, on BBC iPlayer. 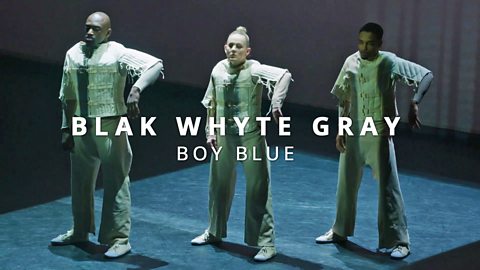 The time is right to ask questions, to break free from a system that isn’t working, to emerge on the other side to an awakening – a return to roots, a celebration of culture.

Urgent, a trio of precise robots, prisoners who inspire empathy as puppets do.
New York Times

This fierce, bold and galvanising dance work, set to a multilayered electronic score, reflects themes of identity, oppression and transcendence. The powerful choreography and staging make for an image-rich production with political bite. 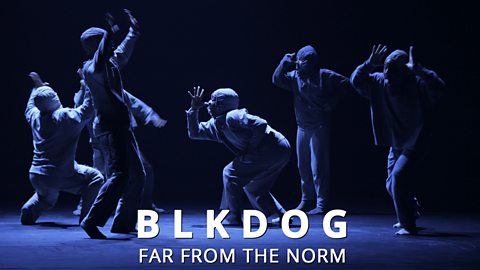 BLKDOG - Far From The Norm

A genre-defying, award-winning blend of hip-hop dance by Botis Seva.

Far From The Norm's Olivier Award-winning BLKDOG. A genre-defying blend of hip-hop dance, this work is a haunting commentary on surviving adulthood as a childlike artist. 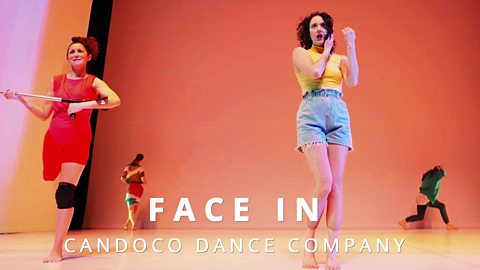 Daring and uninhibited dance, a sensual and disturbing ode to intimacy and imagination.

A sensual and disturbing ode to intimacy and imagination, expressed through striking images interwoven with daring and uninhibited dance.

Set to an urban indie score, this excerpt from contemporary dance piece Face In invites the audience to bask in a wild fictional world that feels uncomfortably familiar, yet strangely distorted. A world that the dancers inhabit with ease: dancing with pleasure, revealing the extremes of themselves and flirting with both the banal and the ridiculous. 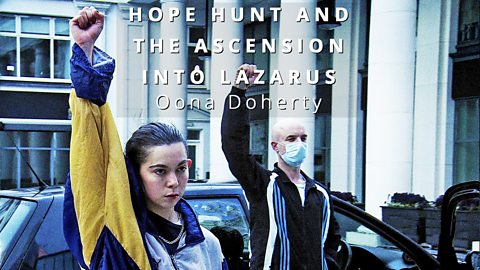 Hope Hunt and the Ascension Into Lazarus - Oona Doherty 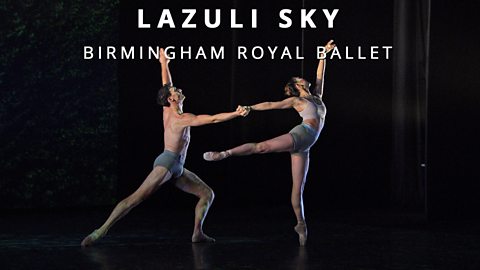 An excerpt from a hopeful and regenerative ballet created in 2020 by Will Tuckett.

During lockdown, without the distractions of normal everyday living, the Birmingham Royal Ballet creative team were drawn to the open clarity of the sky, wind-shaped landscapes and birdsong.

Lazuli Sky's title is inspired by the deep, speckled blue of lapis lazuli, the base for one the most precious and expensive colours in a Renaissance painter’s palette, which was used to create the clear blue skies so familiar in the paintings of Leonardo da Vinci. 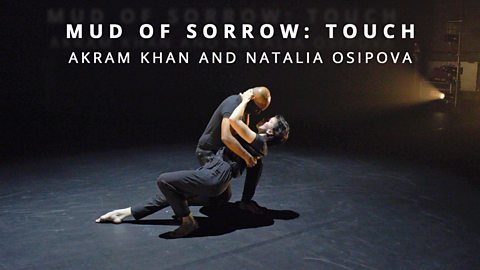 Two of the world’s most celebrated dancers perform together for the first time.

Touch is a re-imagining of a duet from Sacred Monsters, Khan’s critically acclaimed collaboration with Sylvie Guillem. This powerful work is accompanied by double-bassist Nina Harries, singer Raaheel Husain and an original poem, Do You Remember?, by Suhaiymah Manzoor-Khan.

Immerse yourself in a spectacle that takes you beyond the realms of planet Earth. This visually astonishing duet by HUMANHOOD explores the relationship between humankind and the dark side of Earth’s permanent natural satellite, the Moon.

In this visually impactful contemporary dance duet, the dancers explore the relationship between the visible bright side of the moon and humankind; the luminous moonlight that we can see from planet Earth which illuminates our nights.

Created during lockdown, Sphera is a dance of ‘liquid’ bodies that change and morph under the influence of the Moon. 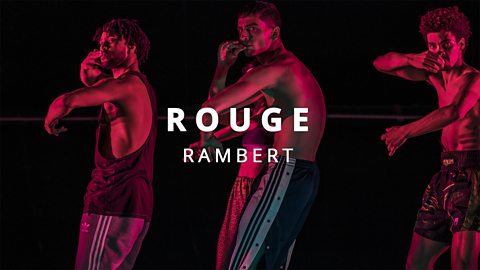 Marion Motin’s hip hop-influenced style is best known through her work for Christine and the Queens and Dua Lipa’s IDGAF music video.

Benoit Swan Pouffer, Rambert’s Artistic Director, invited Marion to create her first work for a contemporary company and Rouge was premiered in 2019 at Sadler’s Wells. The result is fresh and bold, with four-to-the floor beats, tight unison bodies and glorious costumes.

When your building is burning in the middle of the night, what do you take with you? How does it help
you to keep going? 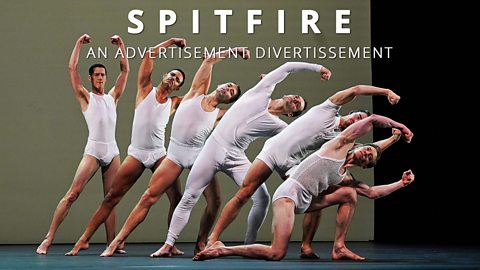 Before his legendary Swan Lake, Nutcracker! and Cinderella, Matthew Bourne created Spitfire, his first hit, in 1988. This hilarious work places Pas De Quatre, the most famous nineteenth-century ballet showstopper, in the world of men’s underwear advertising.

Both a celebration of male vanity and an affectionate comment on the preening grandeur of the danseur noble, Spitfire was last performed in 2012. The piece featured in a triple bill celebrating New Adventures’ 25th anniversary celebrations.

Here it is seen in an expanded 6-man version, performed by New Adventures principal dancers with slightly adapted choreography to suit these socially distanced times. Spitfire is a signature piece for Matthew Bourne and is a celebration of New Adventures’ famous connection with its audiences. 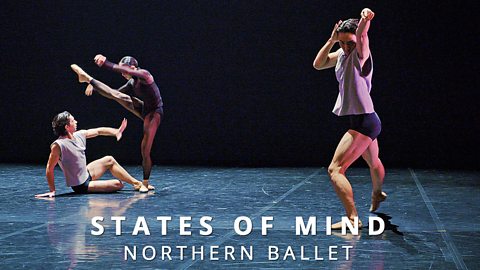 An abstract response to lockdown through movement, created by Kenneth Tindall.

Inspired by a collection of thoughts, feelings and news headlines from lockdown, this new work is an abstract response through movement to a selection of situations experienced during recent months.

Premiered at Leeds Playhouse in October 2020, States of Mind is the latest creation of Kenneth Tindall, choreographer of Northern Ballet’s Casanova, The Shape of Sound, Geisha and multi-award-winning dance film EGO. 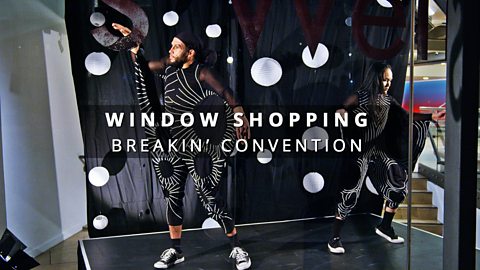 Popping, voguing, flamenco and ballet dancers welcome you into the building.

Starting from the outside looking in, Jonzi D's popping, voguing, flamenco and ballet dancers of Breakin' Convention welcome you into the Sadler's Wells building.