How Would Ambridge Survive the Apocalypse?

Archers fan and drama writer Martin Jameson imagines what might happen in a post-apocalyptic Ambridge as he draws a parallel between the Dave and Ruth of his new drama, First World Problems, and our very own David and Ruth Archer. 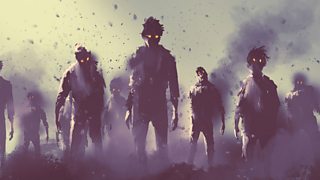 As a farming community they have the capacity to feed themselves when the supply chains break down – as they surely would for the densely populated cities - and I’d put my money on Bridge Farm weathering this the best. As smaller scale organic farmers Pat, Tony and Tom are far less reliant on outside suppliers of feed and fertilizer to keep their land productive.

However it’s this very self-sufficiency that casts an ominous shadow over the furrows of Brookfield. Starved of food, merciless raiding parties from Birmingham descend on the village – perhaps even from Borchester itself!

Ambridge militia: everyone else

Unlike the Fletchers of First World Problems, many of our favourite characters are handy with a shotgun, and while Harrison might feel that he should take the role of local lawmaker, he isn’t firearms trained. To his dismay, it falls to gamekeeper Will Grundy, flanked by a trigger happy Jazzer – and fearless, redoubtable Joe - to form a local militia to keep the looters at bay – guns and ammo courtesy of Brian Aldridge, who becomes a local warlord in all but name.

With no petrol or diesel, it’s down to Shula’s stables to keeps the Ambridge Militia mobile. Sadly Kate’s Holistic Yurt Retreat doesn’t fare so well after the collapse of society as we know it. After Will refuses to train Lynda Snell for the horseback militia, Lynda decides to stick to what she does best. As rival, leather clad armies move in for a final confrontation at the other side of Penny Hassett, Lynda ponders whether this year’s Christmas production should be an adaptation of Mad Max or The Wicker Man.

Tumble Tussock to the rescue:

Finally, over at The Bull, Kenton is desperate. The Shires brewery has been flattened by a stray shell and so he has to go crawling to Eddie Grundy, begging him to brew up as many pints of scrumpy as he can manage... after all, surely getting legless on a few pints of Tumble Tussocks will be the best way to see out the war.

To listen to more of Martin's ramblings tune in to First World Problems at 2.15pm June 11th-15th or download the podcast.