Many of us want to cut back a bit on the booze – especially if we know we’re going out and our will power is unlikely to do the job alone. So could a herbal supplement called kudzu help us drink less without even noticing? 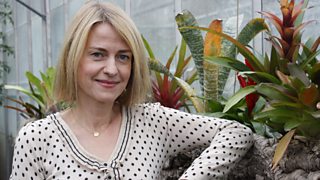 Kudzu, whose scientific name is Pueraria mirfica, is a vine used in Chinese medicine for a variety of health promoting purposes.

The root in particular is valued for its medicinal properties, and the beneficial effects are thought be down to a group of compounds found in high concentrations within the plant, called isoflavones.

In China, it has been used to treat alcoholism since 600AD, and Western medicine is starting to take notice of this herbal remedy.

Research has demonstrated that taking a kudzu extract prior to drinking can reduce alcoholic intake by between 30 and 50%. The way it appears to work is that the isoflavones speed up the effect of alcohol on the brain, alerting us to slow down. However, it does not make people feel more drunk, or affect their physical abilities or mental agility. It is, therefore, thought not to make alcohol more dangerous – merely slow down our rate of drinking.

However, these studies were conducted on lone individuals drinking within highly controlled laboratory conditions. So we wanted to put kudzu to the test in the wild.

A group of 12 people made two visits to the pub. The volunteers were all friends, and so were likely to enjoy a relaxed evening’s drinking. Sub-group A consisted of 8 friends, 6 men and 2 women. All were in their early 20s. Sub-group B was composed of 4 work colleagues, 2 men and 2 women. Their ages ranged from mid-20s to early 30s.

Two hours before the first visit, we gave both sub-groups a pill – neither group knew whether they were getting the supplement or the placebo. When they visited the bar, beer, spirits and white wine were freely available. After 90 minutes, drinking was halted. The amount of alcohol consumed was calculated for each group (1 unit per drink of beer or spirits, 1.6 units per glass of wine).

This equates to a 21.5% difference between groups, on a unit basis.

Although ours was only a small group test, this was a marked difference, and in line with what has been found by other groups in a laboratory setting.

Unfortunately, the herbal market in the UK has a large unregulated sector (supplements sold under the ‘food supplements’ banner), and many herbal products do not actually contain either the plant they claim to, or any active ingredient [see Do herbal supplements contain what they say on the label?] . The government runs the voluntary Traditional Herbal Registration (THR) scheme in an effort to combat this problem. Any product carrying a THR mark can be relied upon to contain the amounts of herb/active ingredient as stated on the bottle.

However, there are no kudzu products on the market in the UK carrying the THR mark.

So we had our product analysed by De Montfort University. And while it did contain the isoflavones that are thought to be the active ingredients, our volunteers had to take five pills each to achieve the desired level of 500mg.

Until the effects of kudzu can be quantified properly in a larger study, then, and a standardised product is available on the market with the THR mark, it’s not something we can recommend you take. It does, however, seem very promising.