Tardigrades are arguably the toughest animals on earth, as Brett Westwood discovered when recording Natural Histories. With the appearance of a hoover bag and powers that put most sci-fi heroes to shame, these micro-animals can withstand being boiled, frozen or blasted into outer space…

Here are 10 tough facts to put you in your place.

1. Tardigrades are microscopic creatures with many nicknames.

The name Tardigrade means “slow moving” and refers to their bear-like crawling movement. Their movement and appearance has also given rise to the name “water bear”. 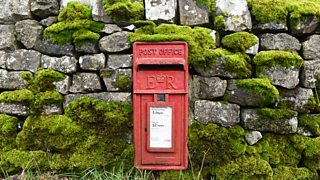 Tardigrades are not nicknamed "moss piglets" for nothing... They simply can't get enough of the stuff.

Another name for them is “moss piglet” as they often nestle in moss and their snouts resemble pig snouts.

2. Most are transparent so you can see their internal organs.

Tardigrades have “stylets” which they use to pierce plant cells or animal body walls. Many species feed on bacteria or plant cells (known as bacteriophagous and phytophagous respectively) but some species are predatory by nature and feed on other smaller animals.

3. They are not only cute, but ancient.

It is estimated that they have been around for around half a billion years. Dinosaurs first appeared 230 million years ago – so Tardigrades are well on their way to collecting their pensions.

4. Over 850 species of Tardigrade have been identified to date, but many more are believed to exist.

That sounds like a lot. But they are all tiny – less than 1mm in length – many about the size of a full stop at the end of this sentence. 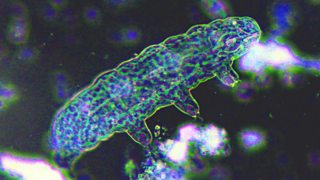 Look at the tiny tardigrade through a microscope and you can see its insides through its translucent body.

5. They are born with a full range of adult cells.

They grow not by cell division, like humans, but instead the cells simply expand in size!

6. They are found almost everywhere.

As their nickname suggests, they prefer living in the water or in damp places in the world’s temperate zones, so patches of moss are among their favourite habitats; but they can also survive on mountain peaks, in deep sea trenches and in some areas of Antarctica.

7. They have even been sent to outer space...

Here they were deprived of oxygen and exposed to radiation and yet still, they survived. To infinity and beyond! 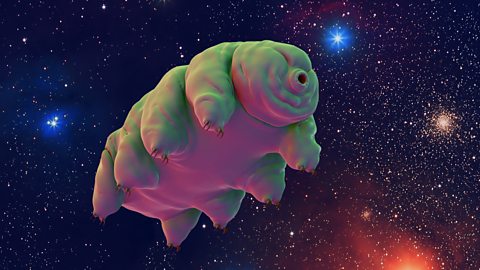 Tardigrades are the stuff of sci-fi movies

These microscopic animals are probably the closest thing to an alien to exist on Earth.

8. They can withstand temperatures which would easily roast or freeze a human being.

They have been exposed to temperatures over +300˚F and -458˚F and survived! 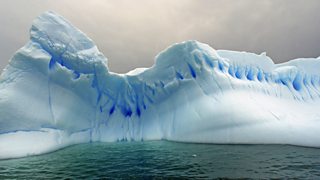 From piping hot springs to freezing cold ice, the tardigrade can take it all.

9. They can dry out and shut down their metabolism so that it falls to 0.01% of their usual state.

They have been known to survive for up to 30 years in this desiccated state.

10. Most Tardigrade species are oviparous.

This means that the females lay an egg inside their shed cuticle (skin) and then the males fertilise these eggs.

Very few tardigrade species are not oviparous and females in these species have internal fertilisation. 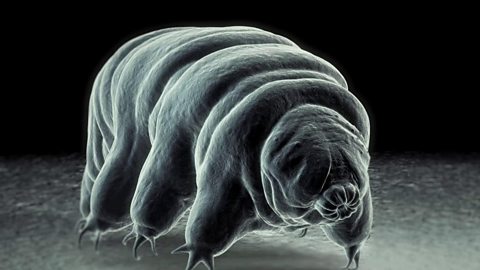 They have been caught on film like never before

To hear more about these mischievous moss piglets, listen to Natural Histories: Tardigrade on BBC Radio 4.