The Problem with Being Invisible 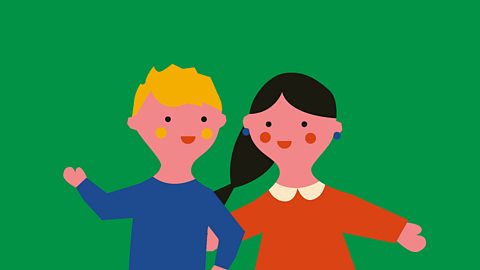 The Problem with Being Invisible by Molly Jane O'Reilly

Read by Catherine Cusack from the BBC Radio Drama Company.

Gwen was one of those people who others tended not to see.

She wasn't very loud, nor as big as you or me.

The kind of person who simply did what needed to be done.

Then drifted off again, unnoticed by everyone.

It was rather inconvenient, when one sought to be a help.

She'd tap people on the shoulder but they'd just give a sort of yelp.

If she tried to call their name, they would simply sit and stare.

For Gwen was the sort of person who wasn't really there.

She had a sort-of-friend, though, whose name was Oliver.

The pair were thick as thieves, as friends usually were.

Olly tended to get picked on, through no fault of his own.

It's just that you can't have imaginary friends when you're big and grown.

"She's real!" would come the plaintive cry, when people would point and laugh.

"A little shy, that's all," he'd say, speaking on her behalf.

But as the two grew older, visits were few and far between.

You don't really need imaginary friends when you're seventeen.

Oliver went to uni, and it was there he met a girl.

She said that he was funny, and she set his heart a-whirl.

Gwen watched Olly fondly as he grew in love and life.

Happy, with a steady job, and a caring, beautiful wife.

She spoke with him occasionally, during times when he felt down.

And when they'd finished talking he would rub his head and frown.

"Though I've just been talking to myself," he'd say in pure confusion.

"I feel much better," he'd nod and say as he came to his conclusion.

And Gwen would shake her head and sigh at her silly childhood friend.

She was there whenever he needed her, until the very end.

And as he slept his final night, Gwen held his hand and smiled.

As she thought of all the times they'd shared when he was but a child.

And when Olly woke that morning he was greeted with a face.

Which he knew he'd seen before in some long-forgotten place.

A name which felt like childhood and old, lost memories.

And a voice as soft and gentle as trees swaying in the breeze.

"I've come to take you home." Was all that Gwen had said.

Olly looked around at his old life and slowly nodded his head.

And placing a kiss on the head of his wife and turning back to Gwen.

And so they rose on angels wings to a beautiful faraway place.

A place which reunited friends all across time and space.

For invisible things can only be seen when you close your eyes.