Originally written over 60 years ago, Isaac Asimov’s I, Robot is becoming truer with every day that passes. The world that he imagined is now upon us.

As Radio 4 broadcasts its adaptation of these short stories, the series' scriptwriter, Richard Kurti, takes a look at some of the predictions Asimov made about robots and AI (artificial intelligence).

They are everywhere. In our homes, our bags and our pockets. Not the mechanical humanoid robots the science fiction author Isaac Asimov wrote about over 70 years ago, but the powerful AI of the silicon chips that are in everything from mobiles and laptops to fridges and cars and children’s toys. And this is what Asimov was really driving out: the essence of robots is their brilliance and speed, their reliability and ability to outperform human beings on so many levels.

When I reread I, Robot before writing the drama serial, I was really struck by how Asimov’s predictions were coming true right now. It’s not that he described specific bits of technology, it’s that he foresaw the moral, emotional and intellectual dilemmas that AI and the robotics age are forcing humanity to grapple with.

Ask anyone under the age of 30 to give up their mobile for a week and you’ll trigger immediate panic. “I can’t live without it!” is a genuine cry from the heart. This goes way beyond convenience – mobiles are our constant companions, always answering our questions and offering reassurance. It is an emotional dependency that was predicted by Asimov in the episode Robbie (1940), where a child forms a stronger relationship with her robot childminder than her parents, with far reaching consequences.

In The Evitable Conflict (1950) Asimov describes Machines which are “the vastest conglomeration of calculating circuits ever invented.” These Machines collect “a nearly infinite number of data in nearly infinitesimal time,” from all around the world, and use it to keep the global economy running smoothly.

Cut to the present day, and the internet of everything is busy embedding billions of everyday objects with microchips that stream information back to vast data-clouds which some people fear gives too much control to companies wanting to sell us more stuff and governments wanting to keep an eye on us.

In the 1940s, movie heroes would routinely wrestle with the controls of aircraft, or become legends for their sharpshooting; but when Asimov put pen to paper, he envisioned a world where men would become impotent in the face of smart robots.

And that’s precisely the world we are now building around us – how many of us can still read a map and navigate through a city without electronic satnavs? How many of us could slam on the brakes and avoid skidding if the ABS was turned off? How many planes could land in fog without computers? Let’s face it, whenever we hear the phrase “switching to manual control”, we instinctively tighten our seatbelts because we know it’s going to be a bumpier ride than if the computer was in charge.

One of the most striking things about I, Robot is the way Asimov maps the growing intellectual sophistication of AI. In the early stories the robots can’t even talk, but later in the book they are playing complex mind games with humans.

This is already a reality. A few weeks ago, a Japanese insurance company announced that it was replacing 34 key staff with super-smart Watson computers. These aren’t just going to handle routine enquiries, they’re going to make complex decisions about financial pay-outs. The company has put its bottom line into the hands of AI because the computers “can think like a human” enabling them to “analyse and interpret all of your data, including unstructured text, images, audio and video.”

What is I, Robot?

I, Robot is a collection of short science fiction stories written by Isaac Asimov originally published between 1940 and 1950 and later published as a stand-alone compilation in 1950. 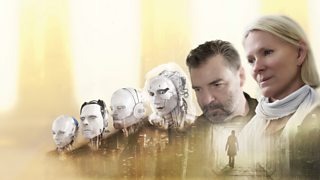 The 2004 film I, Robot starring Will Smith is based loosely on the stories, incorporating some of Asimov's plot elements and characters as well as his Three Laws of Robotics idea.

2. A robot must obey the orders given it by human beings except where such orders would conflict with the First Law.

3. A robot must protect its own existence as long as such protection does not conflict with the First or Second Laws.

These laws were recently incorporated into a recent official European Parliament report on how humans should interact with artificial intelligence and robots. 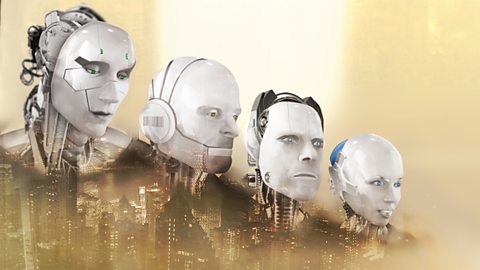 "The foresight that Asimov had was astonishing"

Scriptwriter Richard Kurti tells us why Isaac Asimov's sci-fi stories were so remarkable.

When you hear Liar (1941), Asimov’s short story about a robot with mind reading abilities wreaking havoc with her human handlers, you may think Asimov’s imagination is starting to become a little far-fetched. But as I type this, a team of Swiss doctors have just revealed that they’ve developed a computer that can read the minds of patients with the devastating ‘locked in’ syndrome. A lifeline for the victims, but an unnerving development for people who want their innermost thoughts to remain private.

“Get lost you useless piece of electronic junk!” a harassed scientist yells at his robot research assistant in Little Lost Robot (1947). Being logical and obedient, the robot does exactly that – it goes AWOL and triggers a major security alert. It’s a story that highlights the difference between logic and judgement, which is exactly the same problem today’s researchers are grappling with in so many areas.

You can programme a self-driving car to not hit any objects, but sometimes collision is inevitable. How do you teach it to choose between hitting a child or two elderly people who are all standing on the pavement? A purely logical decision is going to be pretty ruthless. Likewise, a super-fast computer that does financial trading can drive markets into disastrous ‘flash-crashes’ by following perfectly logical sets of rules. Asimov realised early on that just because something is logical doesn’t make it right.

The optimism of I, Robot is really engaging. Not for Asimov a dark, dystopian future where humans are enslaved by malicious robots. But Asimov was acutely aware that it won’t all be plain sailing. In Reason (1941), a robot with a Messiah complex calmly tells his human boss, “You’re inferior creatures, with poor reasoning faculties, but I really feel a sort of affection for you... Now that your service is over, you will probably not exist much longer, but as long as you do, you shall be provided food, clothing and shelter.” Bang! In one devastating paragraph, Asimov puts his finger on the crucial question facing the West in the 21st century: what is going to happen to humans if robots and AI take all the jobs?

I, Robot is available to listen online or download for free, for a limited time via the iPlayer Radio app. Discover more about how to download 4 Stories.