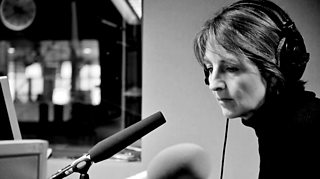 She is one of the country's most experienced live TV and radio broadcasters and has presented a number of documentary series for BBC Radio Scotland.

Best known for her seven years at the helm of ITV's award-winning, daytime chat show Loose Women, but she started her media career as a journalist trainee at Central Television in Birmingham after graduating from Edinburgh University with an MA hons in Politics and Economics. Her first coup was a one hour interview with Prime Minister Margaret Thatcher as part of an award-winning documentary about women in politics.

In time, Kaye branched out into discussion shows and it’s in that area that she found her niche. She presented seven series of Scottish Women for STV, her own show Kaye for BBC2, Esther for BBC2, Central Weekend for Central TV and from 2000 till 2007.

She continues to anchor Loose Women, where her journalistic training, incisiveness, and humour allow her to steer the rest of the female panel in a popular and engaging mix of topical issues and entertainment.