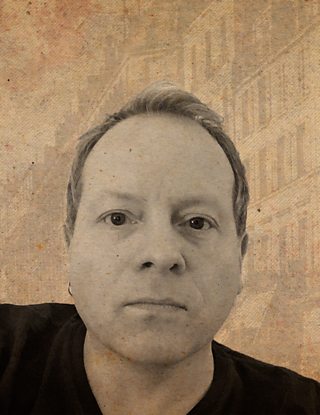 Emile Zola started his working life as a journalist and although he achieved his greatest fame as a novelist, he retained through all of his work, a journalistic desire to hunt down the story, reveal the vested interests, uncover society’s secrets, to unmask hypocrisy and push our faces in the truth.

In 1898, he wrote what is possibly the most famous single piece of journalism in history; ‘J’Accuse..!’ was a forensic indictment of the complicity of the French government and its military leaders of anti-semitism and a cover-up in its false prosecution of Alfred Dreyfus on espionage charges. The ‘Dreyfus Affair’ divided France and Zola’s front-page was a deliberate and daring challenge to the French establishment. As a result, he was put on trial for libel and was forced to flee to England, where he spent an unhappy eight months waiting for the government to collapse. He died a decade later of carbon monoxide poisoning from a chimney apparently blocked up by an ‘anti-Dreyfusard’, furious at Zola’s support for the young Jewish officer.

His novels were no less controversial. In 1869, he conceived the idea of writing a series of novels (twenty in all) which would fearlessly and unsentimentally portray the whole of French society laying bare all its duplicity and brutality. It was an extraordinarily ambitious plan and it consumed him for the next twenty five years. Few social taboos escaped Zola’s attention and the novels are studded with rape, murder, incest, prostitution, adultery, paedophilia, madness, abortion, alcoholism, sadomasochism, revolution and anarchy. This was never going to please the authorities and sure enough Zola’s novels were met by a campaign of unremitting hostility.

A sign of things to come was the first major article about his work: a hatchet job in Le Figaro entitled ‘Putrid Literature’. Most of his novels were first serialised in newspapers which got them a broad audience but also brought them to the attention of the government and its censors. One of his first novels, The Kill, was banned halfway through its serialisation for its unflattering portrait of French middle-class life. The same thing happened to his novel, L’Assommoir, this time for offering too unflattering a portrait of working class life.

During the serialisation of Germinal, the newspaper’s editor objected to a particularly brutal scene (in which a group of women set upon a corrupt shopkeeper and rip off his genitals); Zola allowed the passage to be removed and replaced by 16 rows of dots, making the censorship visible. When Zola’s stage adaptation of Germinal was about to enter rehearsals, the government’s theatre censor demanded the removal of a scene in which soldiers fire on striking miners, describing it as ‘overly socialistic’. Zola’s ferocious campaign against the move was a major step in the process that led to the abolition of theatre censorship a few years later. After the publication of The Earth, the writer Anatole France was appalled enough to declare of Zola: ‘His work is evil and it would have been better if he had never been born’. (Harsh much?)

And his problems weren’t just in France. In 1884, a bookshop owner in Australia was put on trial just for stocking Zola’s Nana. In 1894, the Catholic Church put Zola’s entire published works on their list of Prohibited Books.

When Zola’s English publisher Henry Vizetelly published a translation of The Earth, the MP Samuel Smith stood up in Parliament on 8 May 1888 to declare of Zola’s books: ‘nothing more diabolical had ever been written by the pen of man. They are only fit for swine’. Vizetelly himself was arrested, tried and imprisoned for three months.

But it was his passion for the truth that drove him on. In particular, Zola was determined that literature should benefit from the great strides being made in scientific knowledge. He wanted his books to confront us not just with the wickedness of his society but to explain how the forces of heredity and our social environment drives us to wrongdoing.

When the producers and I started thinking about how to adapt these books, we briefly considered taking them out of the 1850s and 1860s and putting them in the 1980s and 1990s. Amazingly, every book worked: you can imagine the YBAs strutting through The Masterpiece, while Nana is a brilliant skewering of our highly sexualised celebrity culture; The Ladies Paradise is about a consumer culture gone mad while Money shows us a banking system propped up by subprime mortgages and reckless investments collapsing in disaster. Zola is still our contemporary.

I guess we all like to believe the most flattering accounts of ourselves, our motives and our acts. Zola refuses us our most cherished illusions. He is a remorseless observer of human cruelty and a tireless campaigner for a better world. He is literature’s greatest whistleblower.